The next movie in the "Planet of the Apes" franchise now has a name.

On Thursday, 20th Century Studios dropped a first look at the forthcoming film, as well its title: "Kingdom of the Planet of the Apes." 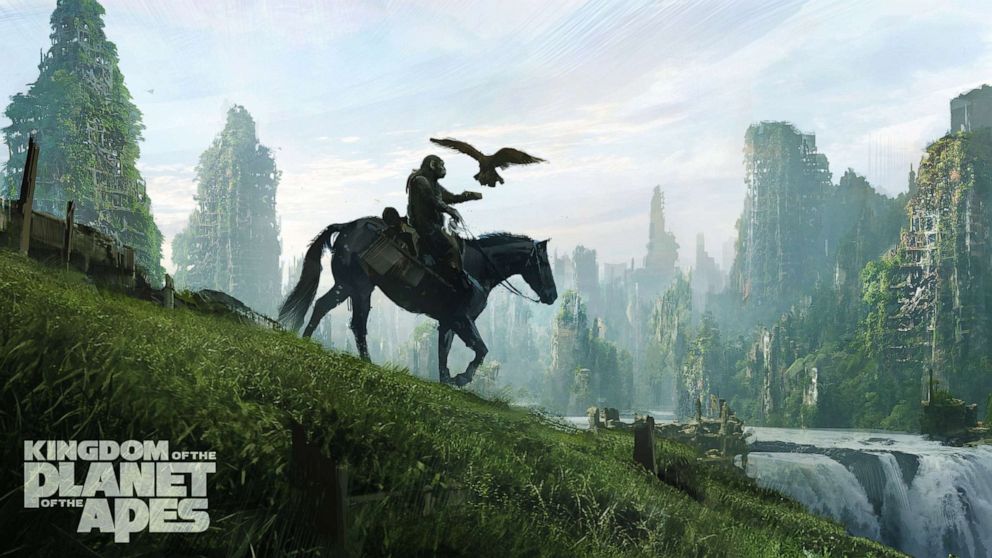 The image released by the studio shows Owen Teague's ape Cornelius on a horse, with his arm out to receive a perching eagle. Ahead of him is a waterfall and a moss-covered, abandoned cityscape.

The movie will also star "The Witcher's" Freya Allan and "The Orville's" Peter Macon.

According to the studio, the 2024 movie is set "many years" after the conclusion of 2017's hit "War for the Planet of the Apes," which was the final installment in a successful trilogy directed by Matt Reeves.

Wes Ball, who helmed the "Maze Runner" trilogy, is taking over behind the camera for the film, which is written by "War of the World's" Josh Friedman, "Rise of the Planet of the Apes'" Rick Jaffa and Amanda Silver, and "Prey" screenwriter Patrick Aison.

MORE: Chimps Attend 'Dawn of the Planet of the Apes' Screening

"'Planet of the Apes' is one of the most iconic and storied science fiction franchises in film history," 20th Century Studios President Steve Asbell said in an announcement and called the films "an indelible part" of the legacy.

"With 'Kingdom of the Planet of the Apes,' we are privileged to continue the series' tradition of imaginative, thought-provoking cinema," Asbell added.