Olivia Rodrigo, Ariana Grande, Ed Sheeran, Billie Eilish and BTS were among the winners at the 2022 Nickelodeon Kids' Choice Awards, which took place over the weekend in Santa Monica, California.

Rodrigo, fresh from her multiple Grammy wins the previous weekend, was named favorite breakout artist as well as favorite female TV star (Kids) for her role as Nini in "High School Musical: The Musical: The Series." 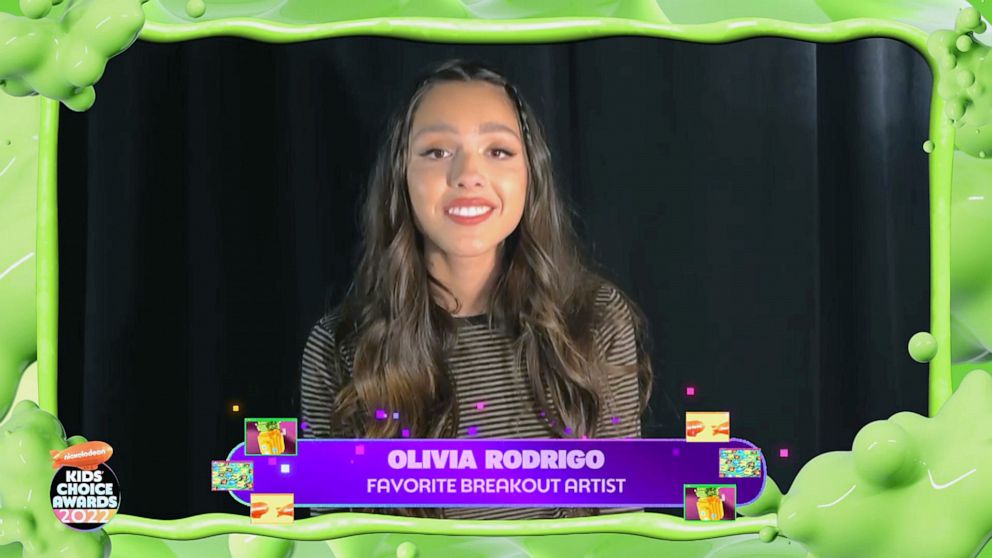 Billie Eilish won favorite album for "Happier than Ever," and the album's title track won her the award for favorite song.

The show, hosted by Rob Gronkowski and Miranda Cosgrove, featured performances by Jack Harlow and Kid Cudi, and appearances by Charlie Puth, Charli and Dixie D'Amelio, Sabrina Carpenter, Chance the Rapper, Chloe X Halle and Joshua Bassett, among others.

Scroll down for a full list of winners from the 2022 Nickelodeon Kids' Choice Awards: