By Hayley FitzPatrick
Video by Faith Bernstein
Share —
Sign up for our newsletters to get GMA delivered to your inbox every morning!

Actor Luke Perry, known for his roles in "Riverdale" and "90210," died after a massive stroke in Los Angeles, California, on Monday, his publicist confirmed to ABC News.

"The family appreciates the outpouring of support and prayers that have been extended to Luke from around the world, and respectfully request privacy in this time of great mourning. No further details will be released at this time," the statement continued.

Perry starred most recently starred as Fred Andrews on CW's "Riverdale," a popular take on the famous Archie Comics stories, but he was most known for his role on "Beverly Hills, 90210," where he played teen heartthrob Dylan McKay. 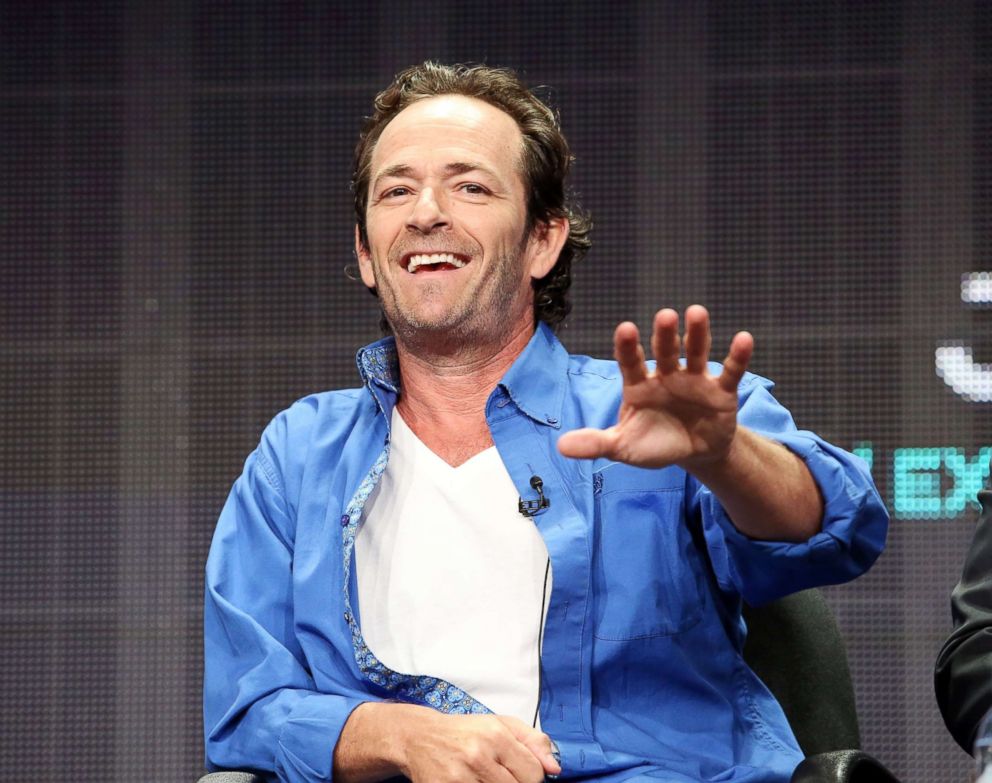 He played McKay's character from 1990 until the show's series finale in 2000. He briefly left the show during the time period but ended up coming back.

"The show has changed my life immeasurably," Perry said in a 1993 interview about the role. "I mean, life is certainly never going to be the same. It has been good for the most part. It certainly has some drawbacks, but I’m not b-------." 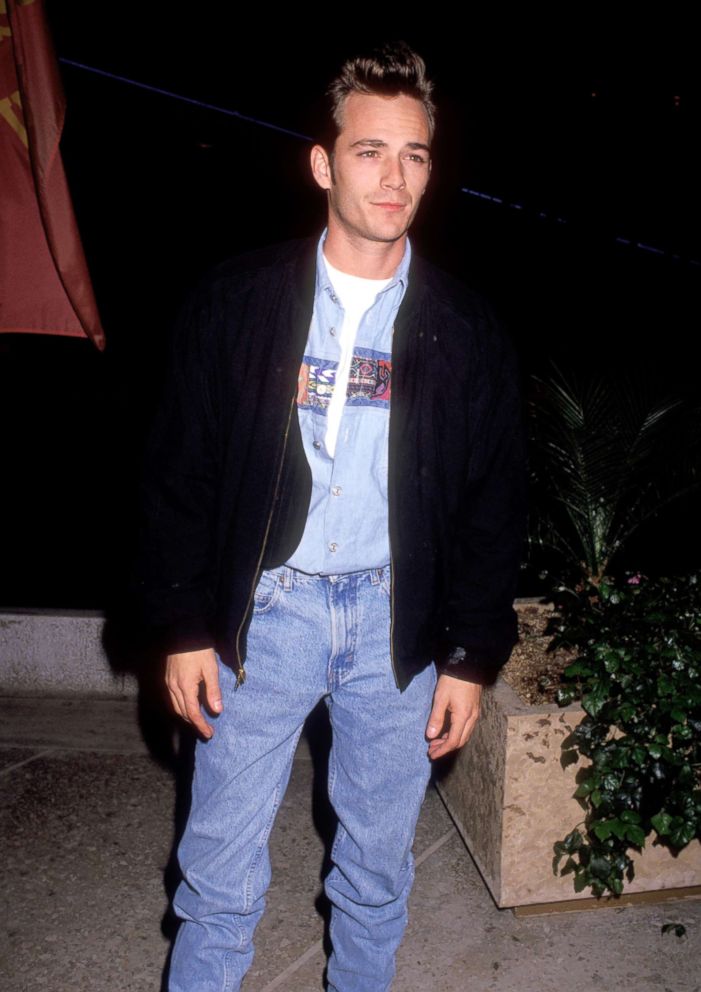 "It has given me an opportunity to explore my talent. It's given me a good chance to work with some people that I like, and I enjoy it," he added.

6:57
The star is known for playing teen heartthrob Dylan McKay on "90210" and has had a career in Hollywood that spans nearly three decades. He passed away after a massive stroke, surrounded by family.

Perry also starred in "The Fifth Element," "Buffy the Vampire Slayer," "Windfall," "Law & Order: Special Victims Unit," "Oz," "Will & Grace," "What I Like About You" and "Body of Proof," among many other roles.

(MORE: Celebrities, co-stars react to death of Luke Perry at 52 after massive stroke)

He spoke about what drew him to his role on "Riverdale" during a 2017 interview with The Hollywood Reporter.

"I like playing the dad because I like being a dad, and I think it's a great character in the milieu of this show that I'm the grounded one, and I'm the guy who really cares about KJ, who cares about doing a good job and being a good construction worker. I love that," he told the outlet, referencing his character's son, played by actor KJ Apa.

“We are deeply saddened to learn today about the passing of Luke Perry. A beloved member of the Riverdale, Warner Bros. and CW family, Luke was everything you would hope he would be: an incredibly caring, consummate professional with a giant heart, and a true friend to all. A father figure and mentor to the show’s young cast, Luke was incredibly generous, and he infused the set with love and kindness. Our thoughts are with Luke’s family during this most difficult time.” 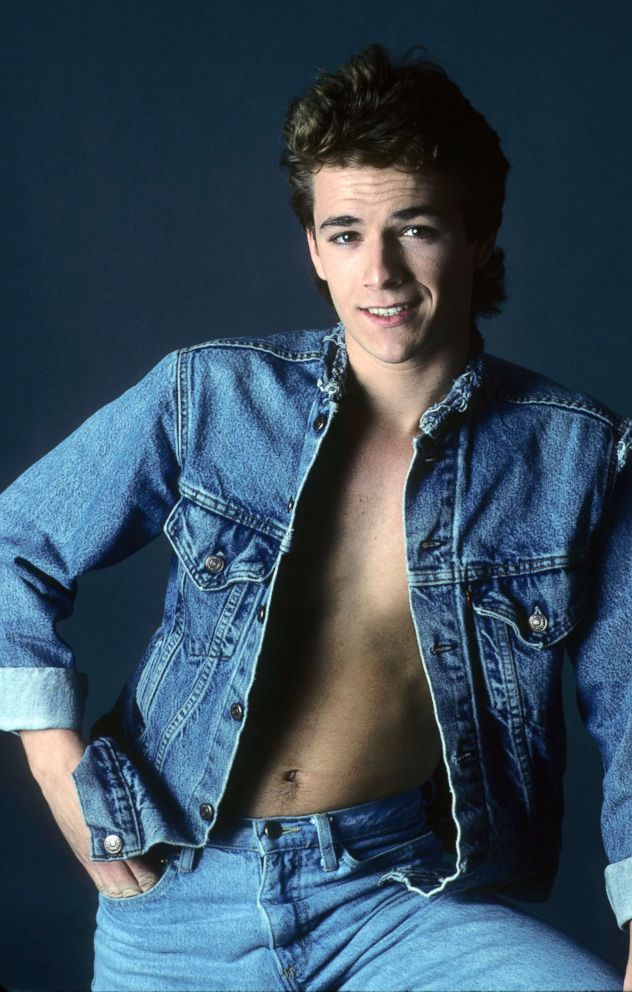 Many celebrities and former co-stars took to social media to honor the star.

Perry's former "Riverdale" co-star Molly Ringwald said in a tweet, "My heart is broken. I will miss you so much Luke Perry. Sending all my love to your family."

My heart is broken. I will miss you so much Luke Perry. Sending all my love to your family. ?? #LukePerry

"Dearest Luke, I will forever bask in the loving memories we've shared over the last thirty years," he wrote on Twitter. "May your journey forward be enriched by the magnificent souls who have passed before you, just like you have done here, for those you leave behind."

Dearest Luke,
I will forever bask in the loving memories we've shared over the last thirty years. May your journey forward be enriched by the magnificent souls who have passed before you, just like you have done here, for those you leave behind.

Another former "Beverly Hills, 90210" co-star, Gabrielle Carteris, who played Andrea Zuckerman on the show, reacted to Perry's loss with the following statement to ABC News:

"I am absolutely heartbroken. Luke was a tremendous force in the lives of so many. He was a very sensitive soul who was kind, generous and he fought for the underdog. He was a strong voice and an advocate who will be so missed by all who knew him. He has left his mark – never to be forgotten. My heart goes out to his family, friends and fans around the globe.”

Patricia Arequette called Perry an "irreplaceable beautiful and kind human being, incredible friend, generous actor and adoring father to Jack and Sophie and loving partner to Madison" in a tweet.

Luke Perry - Irreplaceable beautiful and kind human being, incredible friend, generous actor and adoring father to Jack and Sophie and loving partner to Madison we are all heartbroken. You are the love and you are the light. pic.twitter.com/X3ycTvmXsb

Actress Marlee Matlin shared a photo with the late actor on Twitter.

So shocking so young! RIP sweet Luke. My love goes out to your family and friends. “Luke Perry passes away just days after the Beverly Hills 90210 star was rushed to the hospital” pic.twitter.com/lkTlKbh8Fj

Alyson Stoner, who starred with Perry in the 2007 movie "Alice Upside Down," remembered him with a touching post.

Will miss ya, “Dad”..??
Grateful for the chance to have known you. #RIPlukeperry pic.twitter.com/V2j44uKqLv

Condolences to the family of Luke Perry. :disappointed:

Donnie Wahlberg also shared a photo with the late actor.

Rest Luke — the way you always treated me (and anyone I ever introduced you to, no matter how much they screamed and squealed with joy and excitement) — in peace. #RIPLukePerry

The "Riverdale" writers room changed their bio on Twitter to read, "Season 3 is dedicated to our lovely family member and friend, Luke Perry."

Luke Perry... you were a joyful and vibrant soul. You will be missed but most certainly your legacy will be remembered forever. Rest in love and peace, friend. #Riverdale