After entertaining families for eight seasons, "Black-ish" is coming to an end.

The show airs its series finale Tuesday, meaning fans will have to bid farewell to the Johnson family -- for now, at least.

In a recent interview with "Good Morning America," Anderson said the show's legacy is "how we moved the culture forward and created change, opportunity and conversation about difficult topics that we all live with." 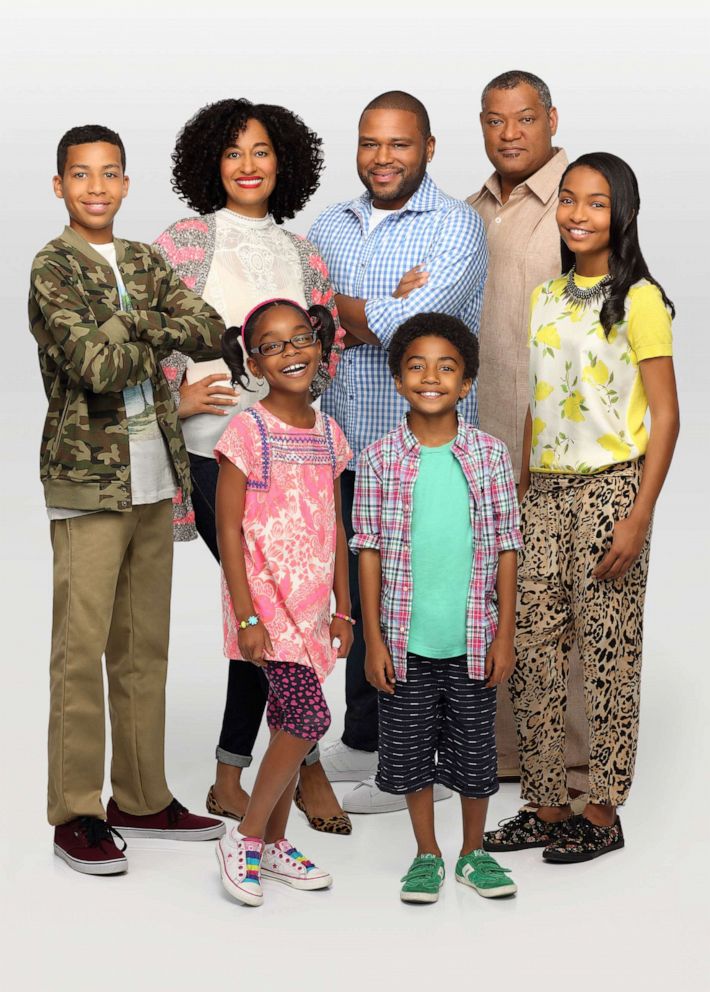 Regarding his TV children, Anderson said casting for and filming the pilot was one of his favorite memories from the show, noting how it "laid the foundation for the next eight years."

WATCH: New @ABC News special profiles how @blackishabc both entertained and educated millions of viewers for years as the series comes to an end.

The actor recalled how "truly amazing" it was auditioning the young actors for the series and watching how they've grown as individuals throughout the course of "Black-ish."

"They spent more time with me as their television father than they've spent with, you know, their real parents, and vice versa," he said, recalling that he even played Tooth Fairy for Martin and Brown. "We are truly a family."

Anderson said he's "all for" a cast reunion at some point, adding that he envisions it as a movie of a "Johnson family vacation."

Scroll down to see how the "Black-ish" kids grew from season 1 to season 8: 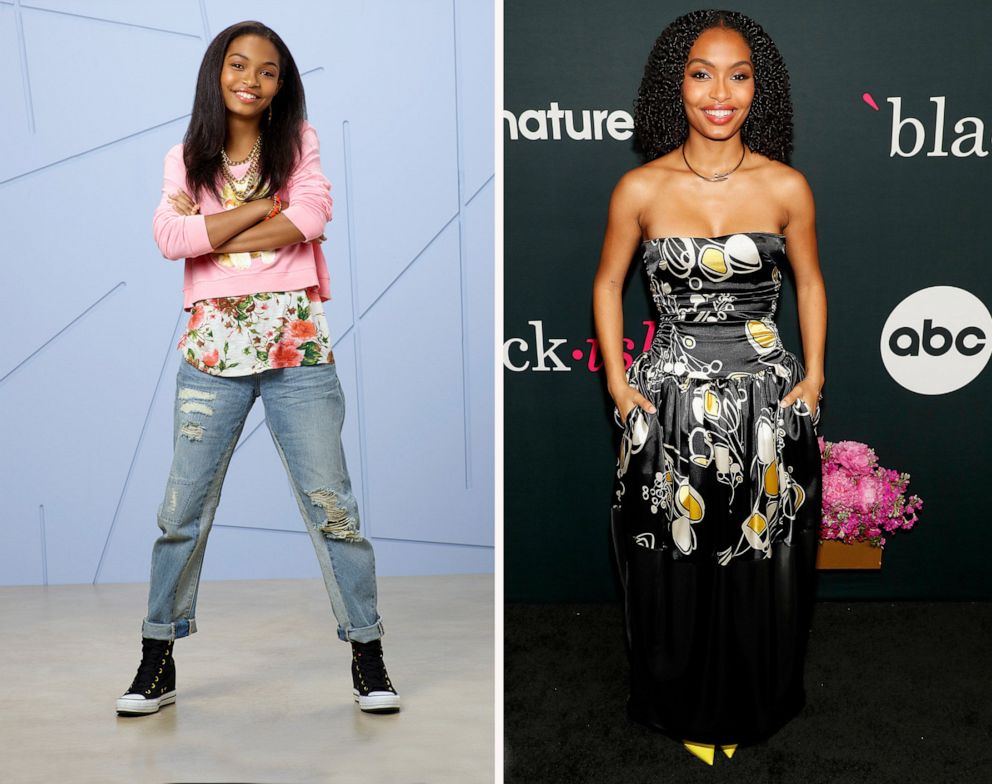 Shahidi played the Johnson's oldest daughter, Zoey. Now 22, she was 14 when the pilot aired.

Since then, Shahidi has starred in movies like 2019's "The Sun Is Also a Star," voiced Brenda in the animated film "Smallfoot," and fronted the "Black-ish" spin-off "Grown-ish," which focuses on her character going to college and currently airs on Freeform.

Next up for the Harvard University student is playing Tinker Bell in Disney's "Peter Pan & Wendy," which will be released on Disney+. 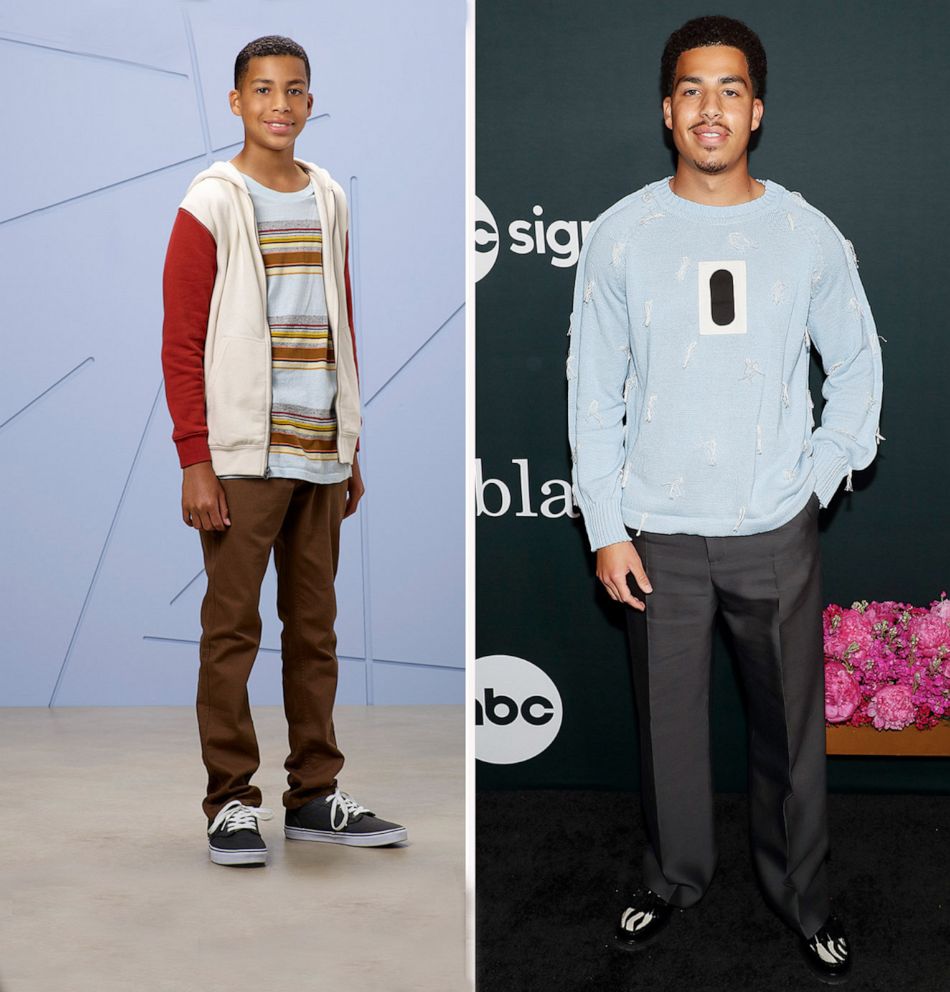 Scribner played the Johnson's oldest son, Junior. Now 22, he was 14 when the pilot first aired.

The actor told "GMA" being on the show "meant a lot" to him.

"It wasn't just 'work' for eight years, it has been a huge part of my life. It took place during such formative years that I feel like I've learned, grown and changed so much since the beginning. I've made so many new friends and family members," he continued. "I've been able to start a career I've always dreamed of."

Since "Black-ish," Scribner has lent his voice to roles in Pixar's "The Good Dinosaur" in 2015 and the series "She-Ra and the Princesses of Power," which aired from 2018 to 2020. He also started a production company, Scribner Productions, with his father.

"I've also been able to transform my acting performances into something new and fresh and continue to be a student of the craft," he said. "It was all a learning process that I'm very grateful to have experienced."

It was recently announced that Scribner would continue playing Junior on "Grown-ish."

As for his favorite memory from "Black-ish," he pointed to the Juneteenth episode -- specifically the dance he and the rest of the cast had to perform.

"I want to start out by saying I have two left feet," Scribner said. "So being able to invest myself fully into this performance and learn something new and terrifying like that was a beautiful thing. Everyone was so supportive, and we got through it together and produced a beautiful episode." 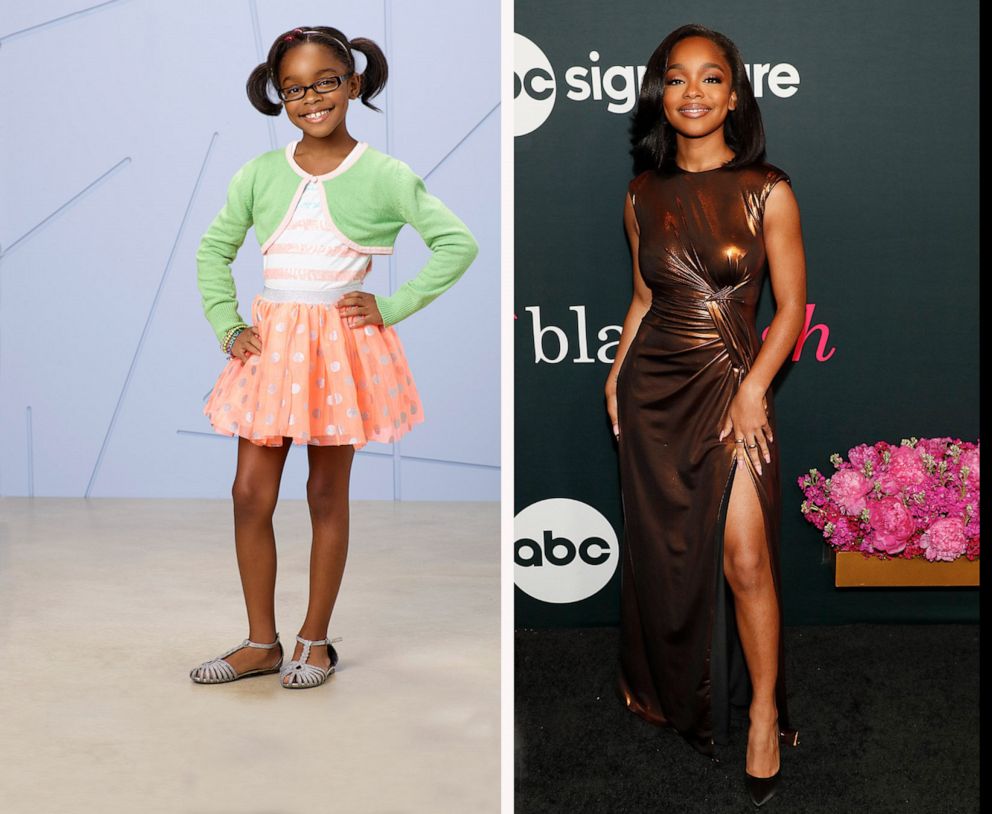 Martin played the Johnson's youngest daughter, Diane. Now 17, she was 10 when the pilot first aired.

While "Black-ish" was her breakthrough role, she has become a real player in Hollywood since the show's premiere.

In 2019, when Martin was 13, she starred in the film "Little" alongside Regina Hall and Issa Rae. Brown also executive produced "Little," making her the youngest person to ever produce a movie.

Martin has also lent her voice to roles on TV and in films like 2021's "PAW Patrol: The Movie." 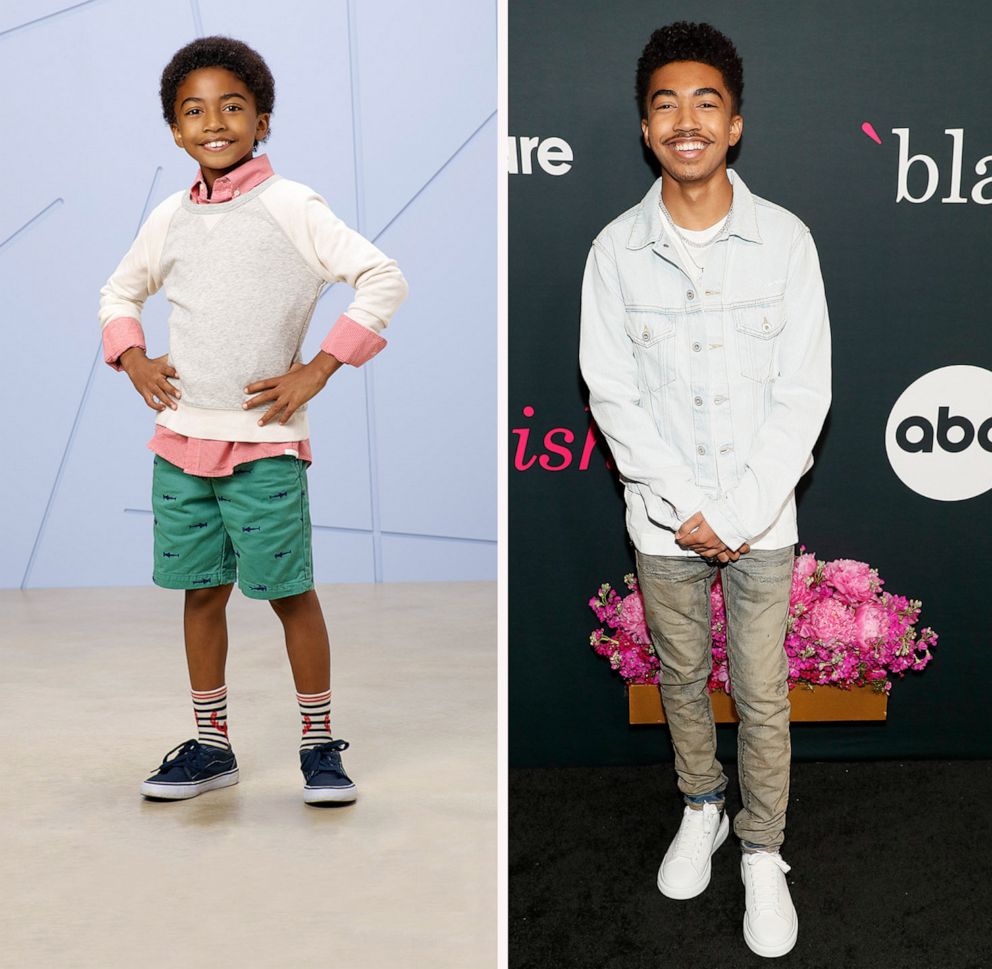 Brown played the Johnson's youngest son, Jack. Now 17, he was 9 when the pilot first aired.

"For the past eight years, 'Black-ish' has been the best learning experience for me, because it taught me how to become a better actor as well as to acknowledge and speak on important topics," Brown told "GMA."

"I've matured in ways I don't think I would've imagined if I never joined the show," he continued. "I've been given an infinite amount of direct and indirect advice from these legends that I've worked with every day."

Before "Black-ish," Brown, who goes by the stage name Baby Boogaloo, had already appeared in music videos and was a contestant on "America's Got Talent" season 5.

Since the show premiered, he competed on "Dancing With the Stars: Juniors" in 2018, starred in the 2019 film "Boy Genius" alongside Rita Wilson and released his debut album, "We the Future," in 2020.

Brown said choosing his favorite memory from the show is "like asking an adult what their favorite childhood memory is."

"For me, there's too many moments that happened on this set that impacted me," he explained. "This is where I spent almost half of my life at and did school since sixth grade. This was my childhood and it was the best!"