Blake Lively's baby bump is back -- along with a message to respect her privacy.

The buzz around Lively's pregnancy began on Thursday when the actress posed with a bump in photos during the 10th Annual Forbes Power Women's Summit, where she spoke about her company Betty Buzz, which makes non-alcoholic drink mixers.

The 35-year-old star later confirmed that she and her husband, actor Ryan Reynolds, are expecting their fourth child.

Lively, who made the announcement through a series of photos on her Instagram, also slammed the paparazzi for invading her family's privacy.

"Here are photos of me pregnant in real life so the 11 guys waiting outside my home for a [unicorn] sighting will leave me alone. You freak me and my kids out," Lively wrote in a post on Saturday.

She also thanked her followers who continue to support her by unfollowing media publications that share photos of children.

MORE: Blake Lively shames those who post paparazzi photos of her children: 'This is so disturbing'

The star has long defended her three young daughters' privacy.

She has previously shared a "frightening" experience where she said a man would not stop "stalking" her children and taking photos. 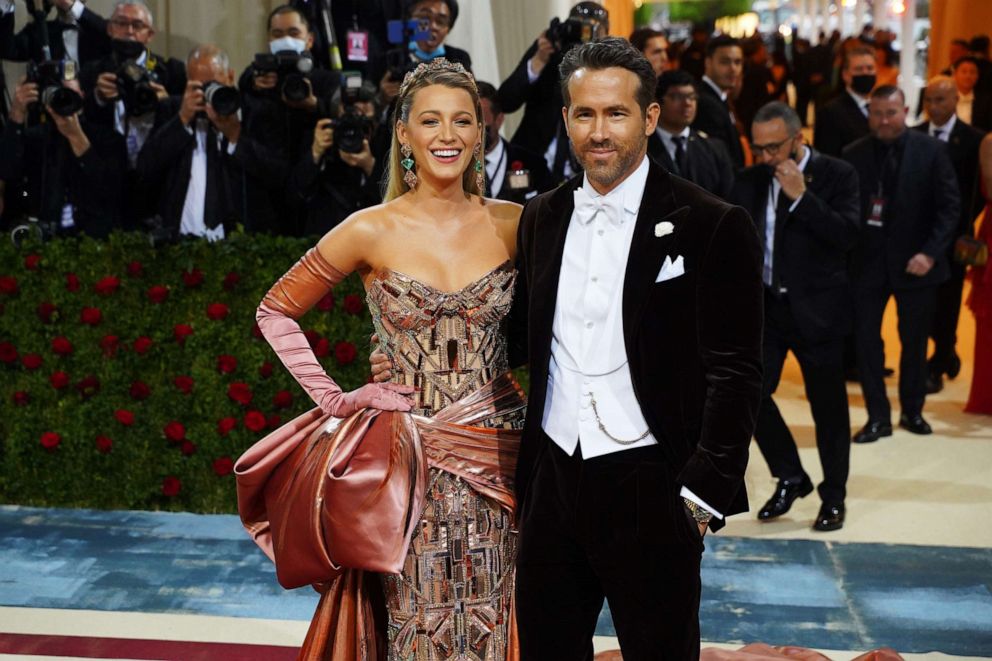 Patrick McMullan via Getty Images, FILE
Blake Lively and Ryan Reynolds attend the 2022 Costume Institute Benefit celebrating In America: An Anthology of Fashion at Metropolitan Museum of Art in New York, May 02, 2022.

Lively issued a demand to media outlets asking them to stop paying photographers to "hide and hunt children." The star also requested background checks on photographers and said, "Do you simply not care about the safety of children?"

The actress, who hasn't appeared on screen since 2020, made her directorial debut for Taylor Swift's "I Bet You Think About Me" music video in 2021.

She opened up to Forbes in May that having kids made her realize her "time was even more precious."