By Jacqueline Laurean Yates
Video by Zoe Moore
Share —
Sign up for our newsletters to get GMA delivered to your inbox every morning!

Tennis star Coco Gauff pointed back at her grandmother while delivering a speech at a Black Lives Matter rally in Del Ray, Florida.

"I think it's sad that I'm here protesting the same thing that she did 50-plus years ago," Gauff said.

At the rally, Gauff spoke about racial injustice and how people can use their voices to create change.

"I'm here to tell you guys that we must first love each other no matter what," she said. "We must have the tough conversations with our friends. I've been spending all week having tough conversations, trying to educate my non-black friends on how they can help the movement."

"Second, we need to take action. Yes, we are all here protesting and I'm not of age to vote, but it is in your hands to vote for my future, for my brother's future, and for your future. So, that's one way to make change," she added. 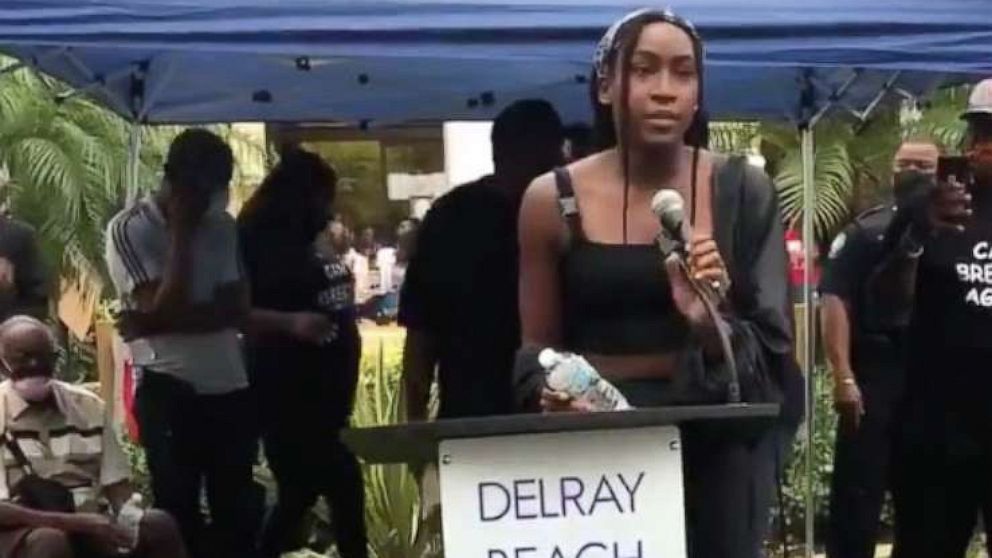 Coco Gauff/Twitter
In this screen grab taken from a video posted to Coco Gauff's Twitter account, she is shown speaking at a rally.

Gauff wowed the world in 2019 when she became the youngest player to reach the fourth round of Wimbledon, and she also made headlines for defeating Venus Williams in the first round of the 2020 Australian Open. 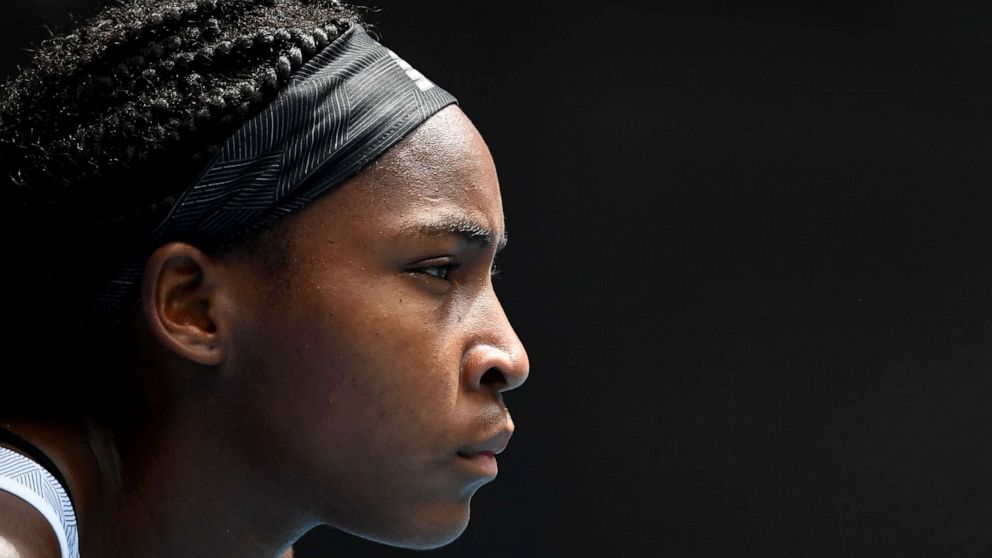 Since posting her speech on Twitter, her video has been viewed over 120,000 times and has received over 7,000 likes.

Belgian professional tennis player, Kim Clijsters commented on Gauff's post with, "Thank you for being a girl that my daughter will learn from and look up to. I promise that we will keep on teaching our kids the right thing to do so that they can pass it on too. It all starts at home"

Gauff has also spoken out on other social media platforms such as Instagram. "When will it stop?, she captioned a photo including black men that have lost their lives at the hands of racial injustices. "When will we be seen as human and not a threat? Rest in Peace to all of the beautiful souls whose lives were ended short due to racism. All lives will not matter until society proves they actually care about black lives."