The Duke and Duchess of Sussex made their first visit Wednesday to Sussex.

Prince Harry, dressed in a suit, and Meghan Markle, dressed in a green Hugo Boss leather skirt, arrived in Sussex in style, by helicopter. They were greeted with cheers from well-wishers in the area where Harry, 34, derives his dukedom.

The couple visited Chichester, Brighton and Bognor Regis in the county of Sussex.

Thank you West Sussex for the incredible welcome for The Duke and Duchess this morning!

Queen Elizabeth conferred the Duke of Sussex title on Harry on his and Meghan's wedding day, May 19.

Meghan, 37, is the first member of the royal family to officially hold the title of Her Royal Highness, the Duchess of Sussex. 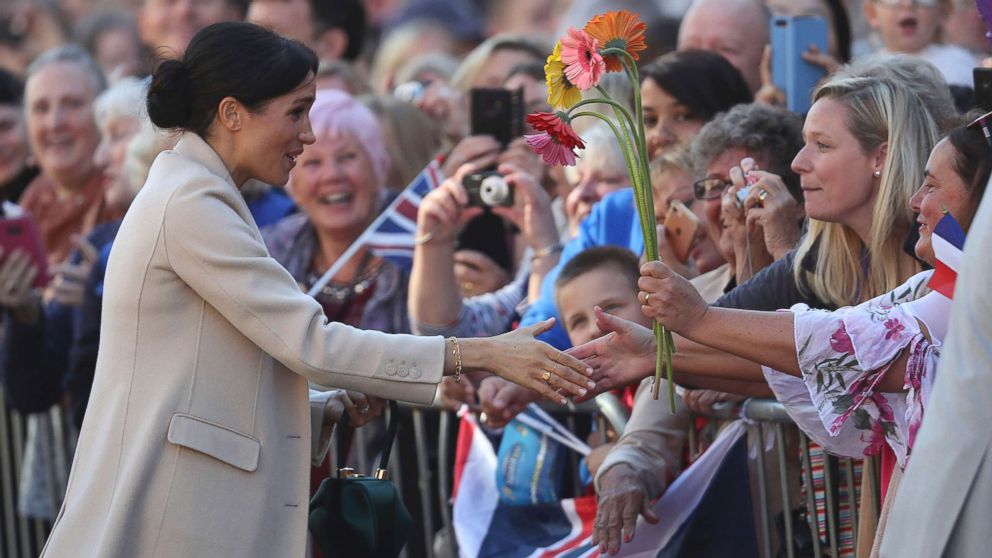 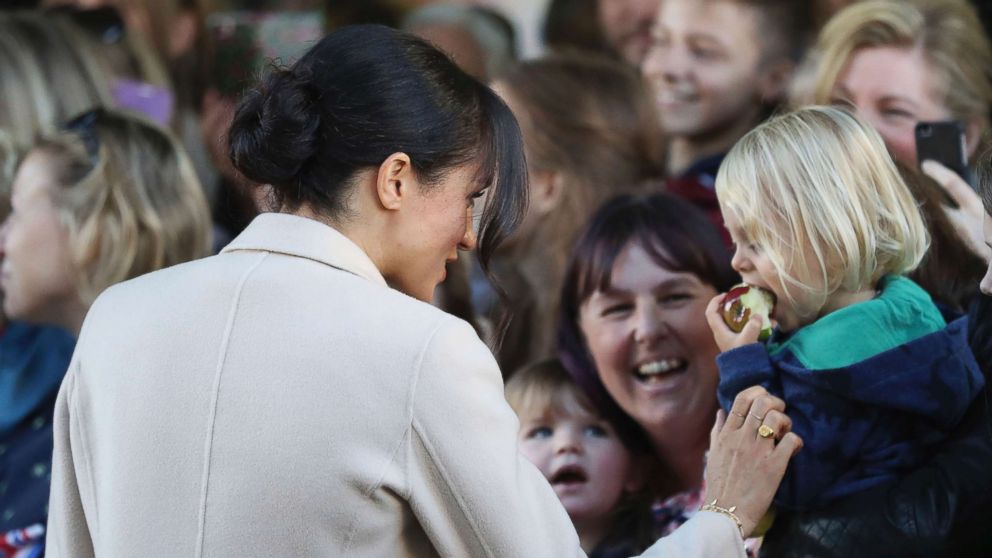 Harry and Meghan’s first stop was a visit to Edes House to honor the U.S. roots of Meghan, a California native. The newlyweds viewed a rare original copy of the Declaration of Independence. It is one of only two handwritten copies in the world. (The other copy is housed at the National Archives in Washington, D.C.)

The couple then visited the University of Chichester‘s engineering and technology park. Meghan and Harry have been strong advocates for promoting science and technology learning, particularly for young girls.

?? At @Chi_EandD The Duke and Duchess join an animation workshop, one of the many areas in which @ChiUni is working to transform the way STEM subjects are taught by combining science and engineering with the creative technologies #RoyalVisitSussex pic.twitter.com/XsKYLI0ww5

The third visit on their day-long itinerary saw Harry and Meghan take part in a royal rite of passage, a walkabout at the Brighton Royal Pavilion, perhaps the best-known landmark in Sussex. The pavilion is the former seaside palace of King George IV, Prince Harry's great-great-great uncle, and stands prominently in the seaside community of Brighton.

Visiting the iconic Royal Pavilion in Brighton – which was transformed in the 18th century by King George IV from a modest lodging house to what it is today. #RoyalVisitSussex pic.twitter.com/2mc7ydMNut

The couple later met with rape and sexual abuse survivors in a sign of what Meghan’s future charitable work may incorporate.

The Duke and Duchess of Sussex members of the @SurvivorsNetBtn Knitwork Project, which brings together survivors of sexual violence and the wider community. #RoyalVisitSussex pic.twitter.com/KK10otQUCh

The shelter they will visit, the Brighton Survivors Network, is a community-based center that helps women surviving from rape, sexual trauma and domestic abuse and provides counseling and group therapy for victims trying to reclaim their lives.

The facility also provides a safe space for women to discuss their stories of abuse and harassment, emanating from the #MeToo movement. Meghan has described both herself and Prince Harry as feminists and served in 2015, before she met Harry, as a United Nations women’s advocate for women’s participation and leadership. 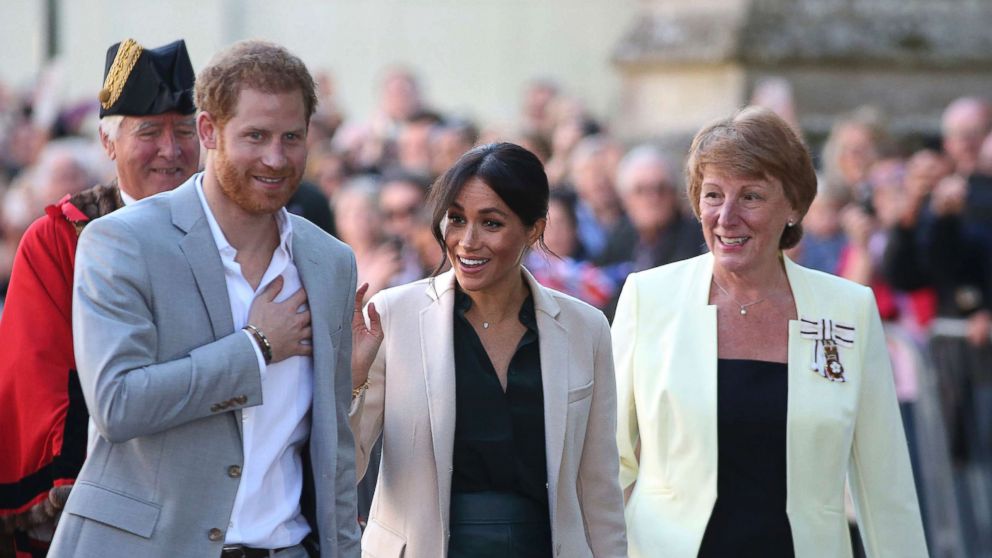 Andrew Matthews/Press Association via AP
The Duke and Duchess of Sussex at Edes House, West Street, Chichester, as part of their first joint official visit to Sussex, Oct. 3, 2018.

The couple’s final stop of the day highlighted the Royal Foundation’s mental health work and the Heads Together campaign, launched by Prince Harry, Prince William and Princess Kate.

Meghan and Harry met with young people at the Joff Youth Centre, a community hub for young people.

Great to meet young people at the Joff Youth Centre preparing for this year’s Takeover Day – a national initiative which will give young people a voice on issues and policies around mental health and emotional wellbeing. #RoyalVisitSussex pic.twitter.com/uthMINOfrA

Talking #MentalHealth at Peacehaven Youth Centre – known as 'The Joff' – which hosts weekly activities and events for young people in the area #RoyalVisitSussex pic.twitter.com/g9grFAiz7q