Picture it: Sicily, 1922. Sophia Petrillo is dreaming that one day a national holiday will be celebrated in her honor.

Well, her wish has finally been granted. Disney ABC Television Group proclaimed July 30 #GoldenGirlsDay! The date just so happens to also be National Cheesecake Day, which fans of the hit show will know was the fabulous four’s favorite dessert.

In honor of #GoldenGirlsDay, we’ve compiled some facts that even the closest pals and confidantes may not know! Even "back in St. Olaf," no one had ever heard some of these "Golden Girls" set secrets!

1. Rue McClanahan, who played Blanche, reportedly had a clause in her contract that allowed her to keep all the clothes she wore on camera. 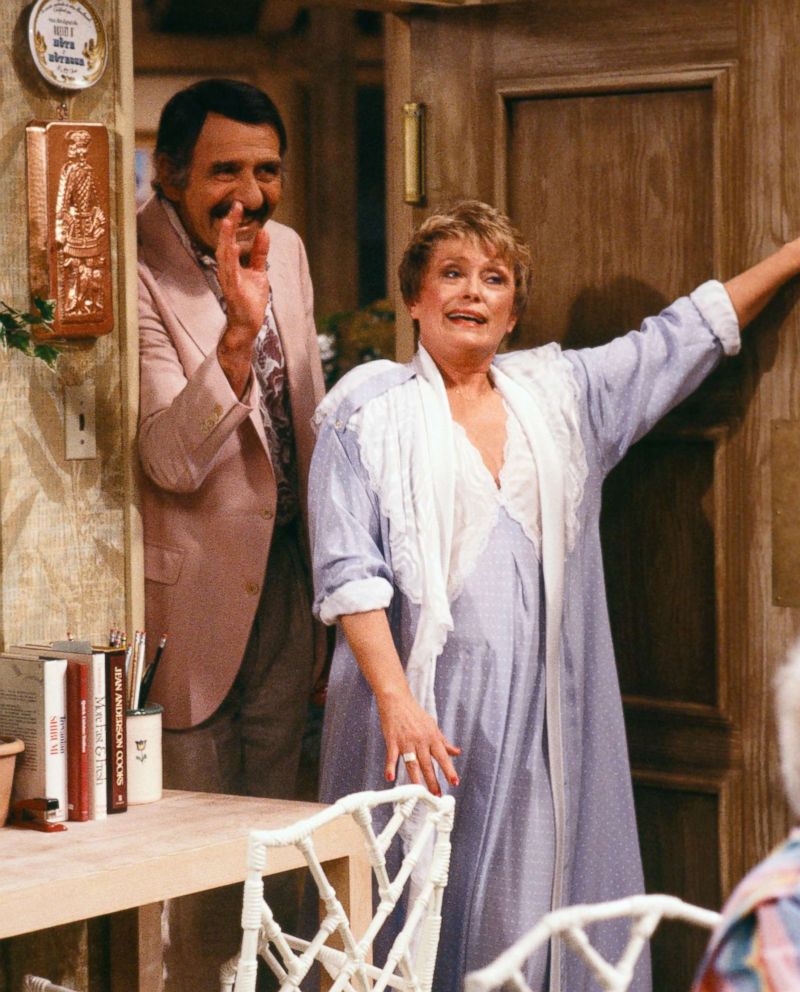 NBC via Getty Images
Rue McClanahan stars as Blanche Devereaux on "The Golden Girls." McLanahan got to keep all of Blanche's wardrobe in the show.

2. The late stage and screen actress Elaine Stritch revealed that she originally auditioned to play Dorothy, but the show's writer didn’t like that she ad-libbed a curse word during her audition.

3. Although the show takes place in Miami, the home that we see featured throughout the series is actually in the Los Angeles neighborhood of Brentwood. It is currently for sale, with a listing price of nearly $3 million. 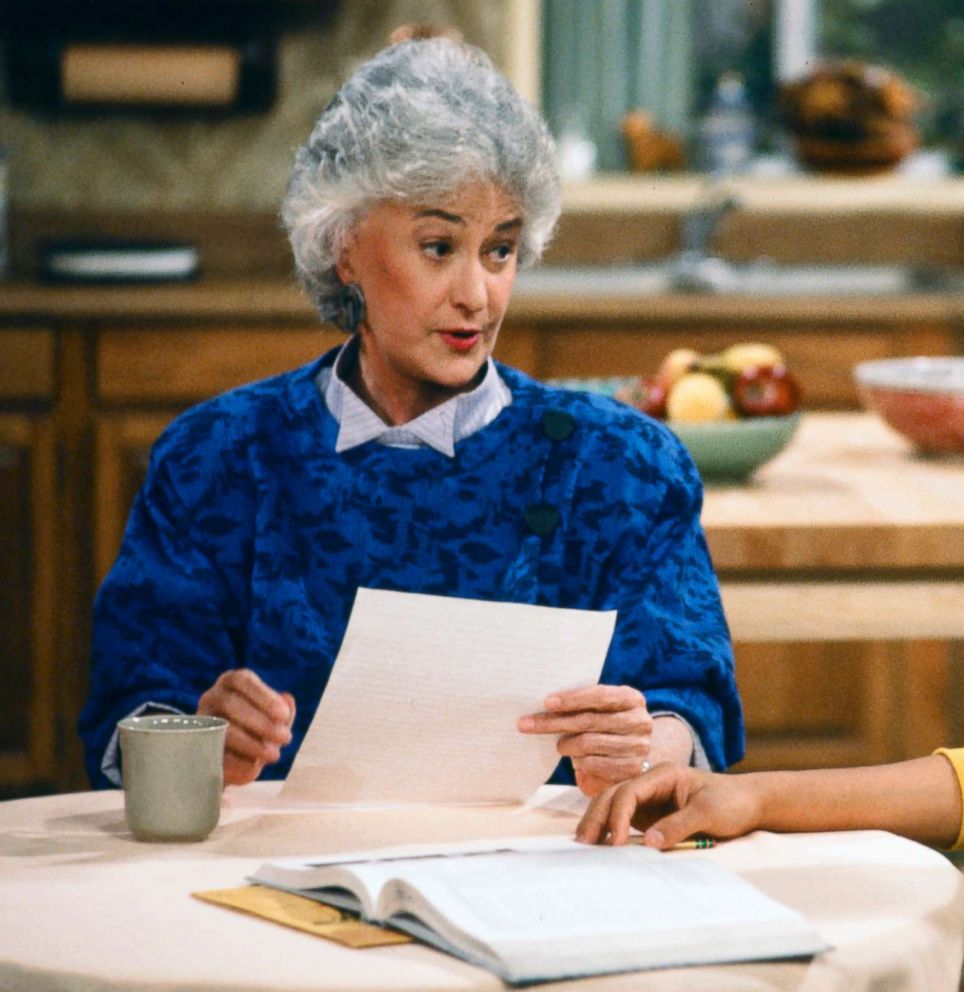 4. Obviously, the ladies love cheesecake on the show. But in real life, Bea Arthur, who played Dorothy, hated cheesecake according to a report. Ah, what you’ll sacrifice for your art.

5. Estelle Getty, who played Sophia, was a year younger than Bea Arthur, who played her daughter. It took the hair and makeup staff three hours to make her look old enough to play the sassy Italian mother we know and love, according to a 1988 article in Orange Coast magazine. 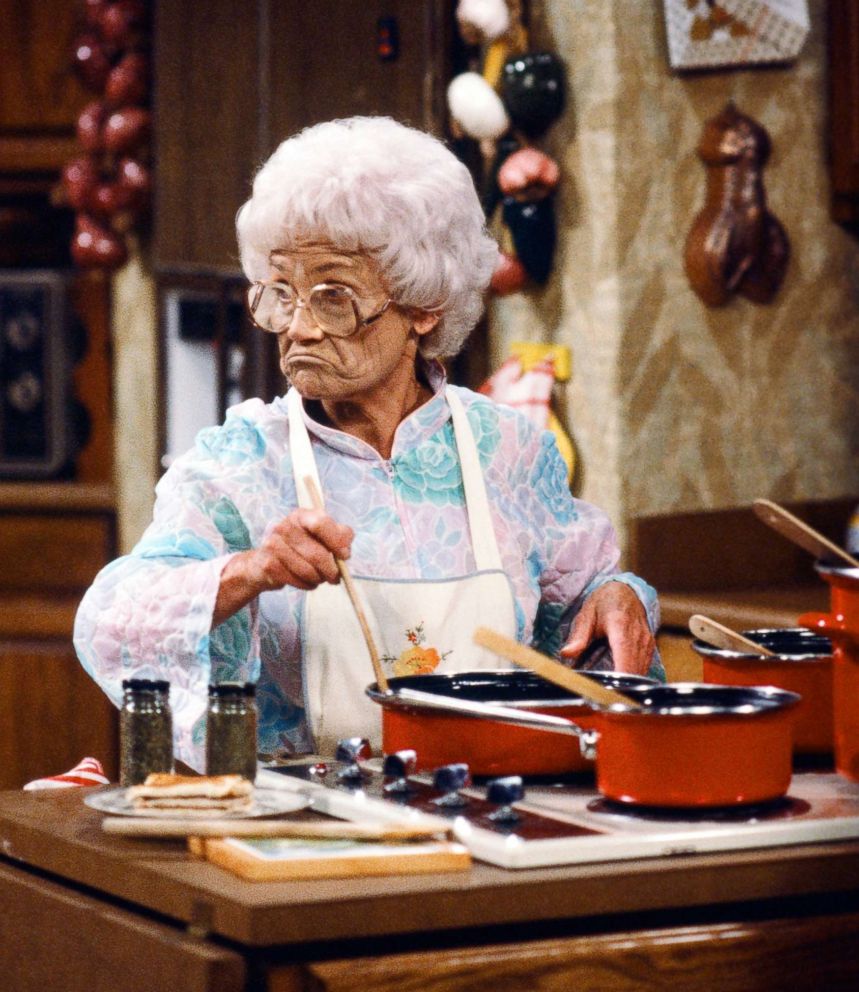 NBC via Getty Images
Estelle Getty starred as Sophia Petrillo on "The Golden Girls." Despite playing Bea Arthur's mother in the show, Getty was a year younger than Arthur in real life.

6. Estelle Getty found Sophia’s infamous straw handbag shopping for props in Los Angeles while preparing for her audition, according to The New York Post.

7. Betty White played word games with Rue McClanahan between takes on set, she once told TV Guide. "She was like a butterfly — such fun," White said of McClanahan, who died in 2010. "We would play these alphabet games — coming up with 'automobiles' or 'animals,' during the show — sometimes even while we were waiting to make an entrance or passing each other as we exited." 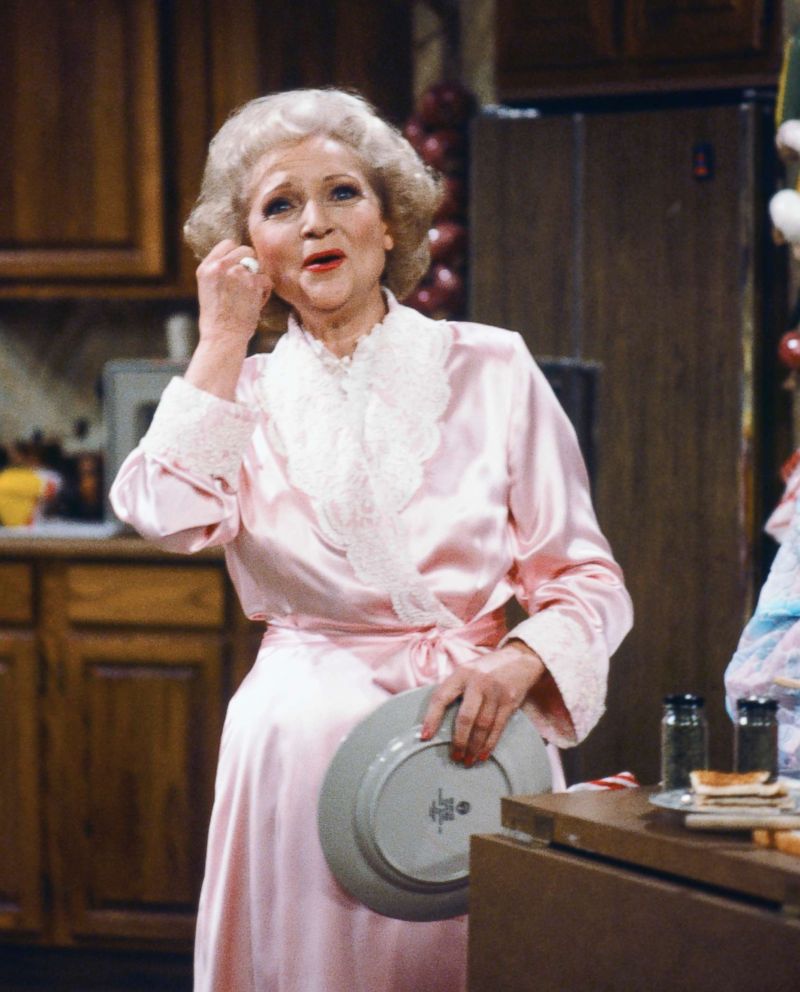 If you’re not in Miami with the girls themselves, you can join in on the #GoldenGirlsDay fun by visiting www.instagram.com/goldengirls at 4 p.m. ET/1 p.m. PST to watch "Queer Eye" star Jonathan Van Ness talk all things "Golden Girls" with former series writer Marc Cherry.

Editor's Note: A version of this story was originally published on July 30, 2018.