In 1972, actress Mercedes McCambridge gave the Catholic University of America a dress worn by Judy Garland in the "Wizard of Oz."

Soon after, though, the dress went missing, and for decades, Catholic University students wondered where it went.

On June 7, the mythical dress was found by Matt Ripa, lecturer and operations coordinator of the university.

Ripa had been looking for the dress since he heard a rumor it was located somewhere in the university's Hartke building.

"I had looked in our archives, storage closets, etc. to no avail. I assumed it was a tall tale," he said in a Catholic University press release.

However, when the building began doing "renovations and upgrades," Ripa said, he noticed a trash bag on top of the faculty mailboxes. When he opened it, he saw the famed dress.

A post shared by Catholic University of America (@catholicuniversity)

"I was curious what was inside and opened the trash bag and inside was a shoebox and inside the shoe box was the dress," Ripa said. "I couldn't believe it. Needless to say, I have found many interesting things in the Hartke during my time at CUA, but I think this one takes the cake."

The university also spoke to Ryan Lintelman, an expert in "Wizard of Oz" memorabilia at the Smithsonian's National Museum of American History, who confirmed that the characteristics of the found dress align with the original dresses Garland wore in the film. 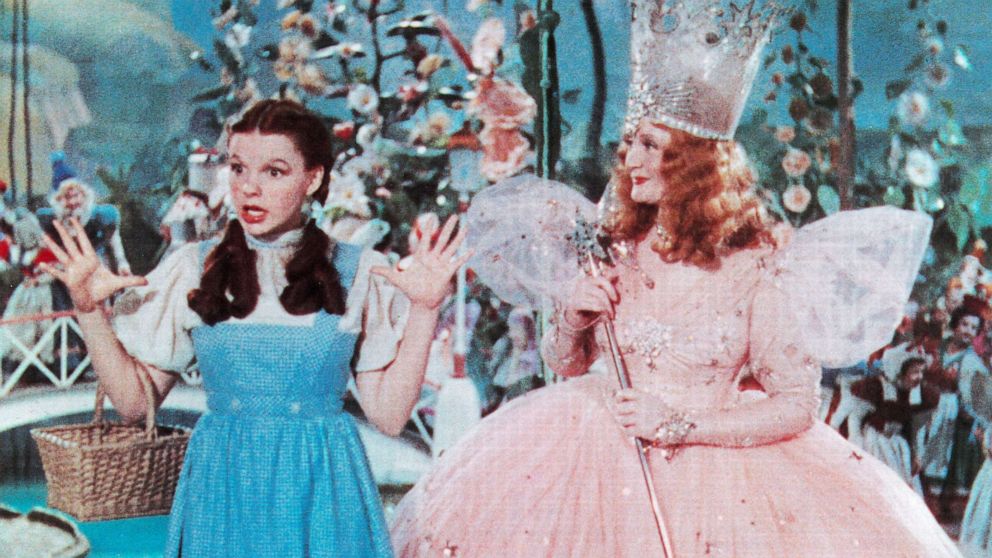 FilmPublicityArchive/United Archives via Getty Images, FILE
Judy Garland in a scene from "The Wizard of Oz."

"All of the dresses have certain verifiable characteristics: a 'secret pocket' on the right side of the pinafore skirt for Dorothy's handkerchief, 'Judy Garland' written by hand in a script specific to a single person who labeled all of the extant dresses in the same hand, for example," the university said. "The Hartke dress has all of these characteristics, including blouse tears where the pinafore straps sat on the shoulders." 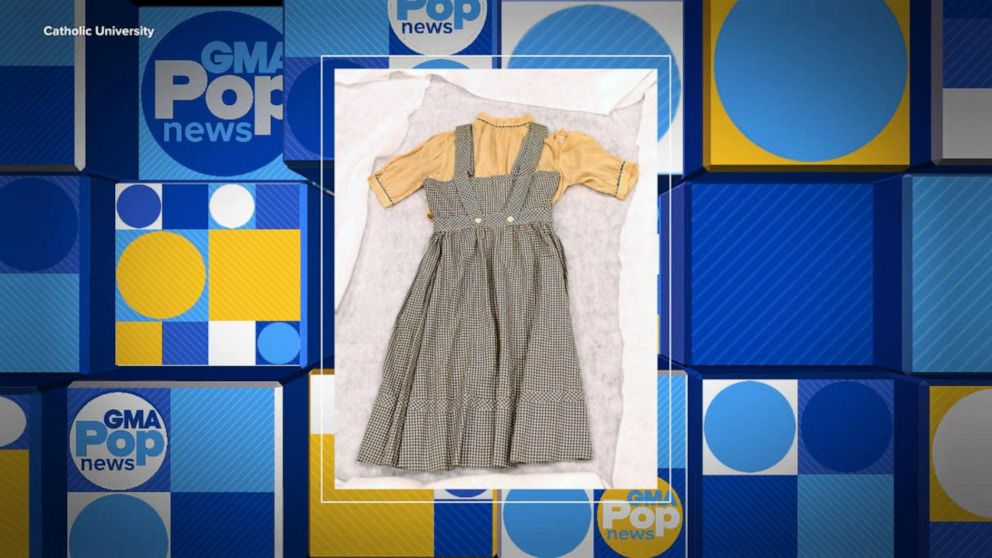 Now, the dress will be stored in the university's special collections for generations of future Catholic University students.

"Dorothy's 'Wizard of Oz' dress, once the province of myth, is now a real object," the university said. "It can now be preserved in proper storage in a temperature- and humidity-controlled environment so that hopefully, for many more years, it can be a source of 'hope, strength, and courage' for Catholic University students."