The pandemic has had major impacts on mental health across the nation, but for LeAnn Rimes, the pandemic wasn't the only cause of her anxiety.

In 1990, Rimes competed in the long-running competition show "Star Search" at just eight-years old and appeared as a champion for two weeks. Three years later, she recorded her first full-length album with an independent label and was soon signed to Curb Records, where she released her hit debut album "Blue" in 1996. 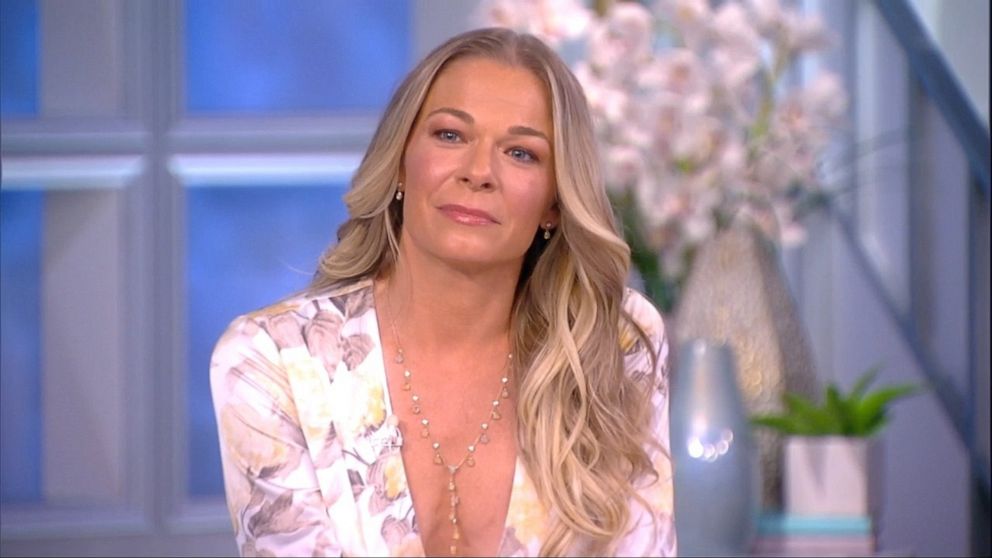 Now, the two-time Grammy award-winning artist -- whose new album "god's work" is available for pre-sale -- guest co-hosted "The View" and opened up about her personal anxiety struggles during Hot Topics.

"I grew up in the public eye my whole life, and by the time I was 30, I had never been alone," Rimes, 39, said, adding that "there was always someone around" her. She said that she came to realize that she needed to "get help" because she wanted to learn how to feel free in her own body and mind.

MORE: LeAnn Rimes opens up about how meditation changed her 'whole outlook on life'

An unusual birthday gift, Rimes checked herself into a treatment facility after turning 30. "I was so sick of people, like, talking crap and running their mouth about me, she said. "The best thing to do is just be honest in life. This is what I'm going through."

"From that moment on, as I started on my own healing journey, I wanted to help people to really kind of move through life on their own," she continued. When co-host Joy Behar asked if her anxiety was connected to being a child star, Rimes replied, "absolutely."

"I didn't really have a childhood. I'm about to turn 40 in August, and I get a little bit sad about the fact that I had such a weird upbringing," she said. "It definitely contributed. You can't be in the public eye for that long and just not have -- it's not normal."

"I think the more people like myself talk about it, the more we normalize it," Rimes said of mental health. "It needs to be normalized... We're all going through it and so many people aren't discussing it right now."

MORE: LeAnn Rimes opens up about depression during the pandemic

"I feel like in this world if you are not anxious right now, you're not -- you're living on another planet. You're not alive," Rimes said of mental health. "There are a lot of people walking around eyes closed, completely deadened and, you know, I think it is a sign of life honestly ... especially the life we're living in."

"For me, it's about being aware," Rimes said on managing her mental health. "I do a lot of meditation."

In August 2021, Rimes opened up about dealing with depression during the pandemic on an episode of "The Verywell Mind Podcast" with Amy Morin, revealing that she had a tough time coping with her career coming to a halt as a result of COVID-19.

According to People, she said on the podcast that she's "never had this much time at home. Like my nervous system was just like, 'What are we doing?'"

"Even though I meditate and do all the things ... there was still this kind of energy that's always on. That really kind of is my baseline," Rimes continued. "So, when that got taken away, the false security of having a job my whole life, like having all the things removed, and I was terrified as everyone else, including feeling like you're going to walk out your door and die."