Actress Mila Kunis opened up like never before about the surprising way she started dating husband Ashton Kutcher and her past relationship with "Home Alone" star Macaulay Culkin, which didn't end well.

The "That 70's show" actress, 34, spoke at length about her love life on Dax Shepard's podcast, "Armchair Expert."

First, Kunis told Shepard how she and her former co-star Kutcher, 40, got together and revealed that the first night she stayed the night at his place, she was actually stood up by a guy who Kutcher was trying to set her up with.

Kunis and Kutcher started working on "That 70's Show" when she was just 14 years old, so she says nobody saw her as anything other than their little sister.

Years later after the show ended, they re-connected and "then he decided to set me up on a blind date with someone else," she said.

Night out with the wife

"Then that guy didn't show up," she added.

Kunis said she had no idea that she was being stood up, but that later that same night, she and Kutcher realized there were romantic feelings between the two of them, so she stayed the night at his place.

She said the second they kissed, there were certainly fireworks. The duo now have two children together.

But before finding her Prince Charming, Kunis admits she had a "horrible, horrible breakup" with Culkin, 37, whom she dated for eight years from 2002 until the beginning of 2011. 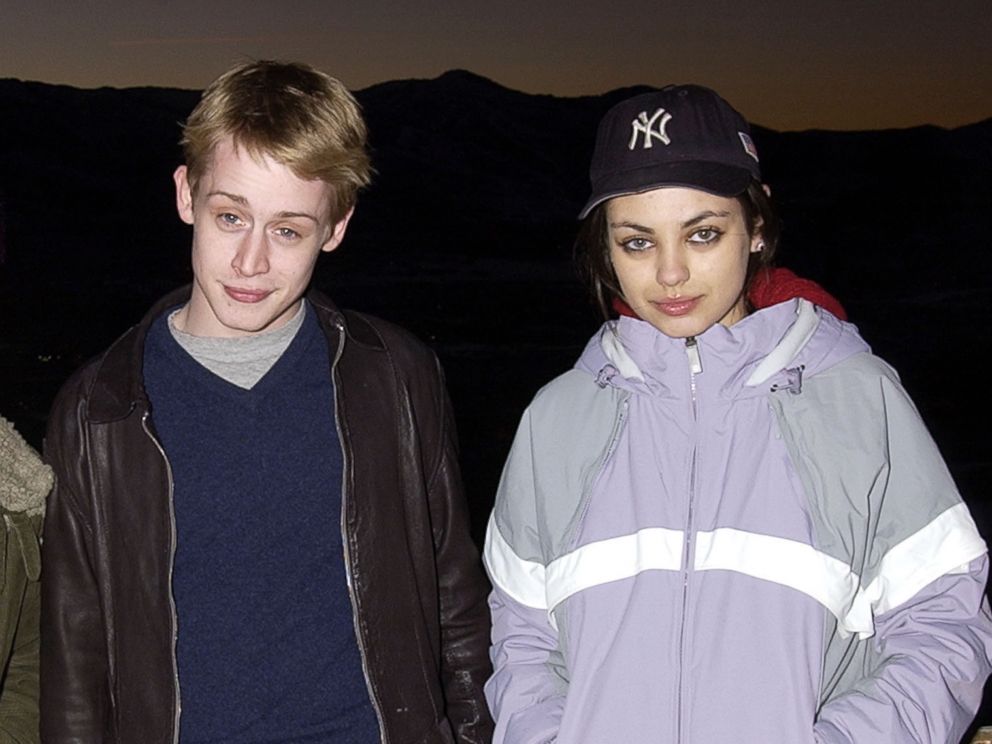 She didn't go into details on what happened, but she said it affected her so much that when she became single, she needed to "figure myself out."

"I genuinely need to know why I did what I did, and, like, regroup myself as a human being," she added.

When asked if she has forgiven herself for what happened, she said, "enough time has gone by" and that mutual friends have told her that "everybody kind of forgave everybody for what went down."