Multi-platinum recording artist Megan Thee Stallion is dancing to her own beat -- on stage and in the classroom.

Megan, who studies health administration through online classes at Texas Southern University, said in an interview on "Strahan, Sara and Keke" that when she graduates, she hopes to open assisted living homes in her hometown of Houston.

The dream was inspired by her own family, she added.

"I watched my grandmother take care of my great-grandmother all my life," she said. "Just watching these two little old ladies take care of each other, I was like, 'Y'all need some help.'"

For now, the 25-year-old rapper is trying to balance being a student with her career -- a juggling act she described as "really hard." However, because Megan, whose given name is Megan Pete, understands how tough it can be to get experience as a young person, she's pledged to hire college students to work for her when she opens the facilities.

"I know my schedule is crazy because I'm on the road all the time rapping, but there are other women who take care of kids and work 9 to 5 [shifts] and the graveyard shifts," she said. "When you're going to school and you're really dedicated and you really want it, you will figure out a way to make the time to do it." 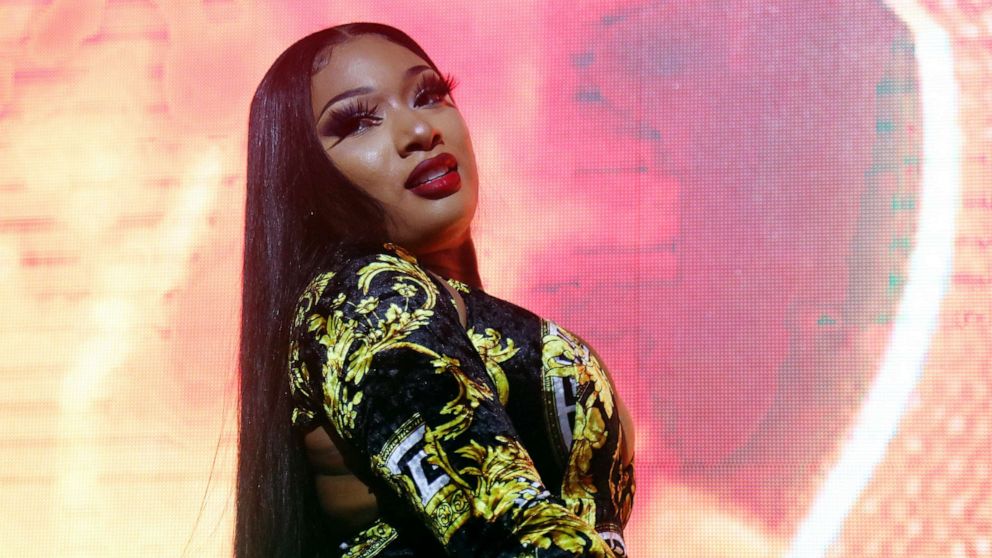 Dedication is something Megan knows a lot about. Known for her strong lyrics, punchlines and catchphrases, like "hot girl summer" and "drive the boat," Megan said she has been rapping since she was a kid.

"My mother was a rapper and I thought everybody's mom was rapping. I thought it was normal," she added. "I would just watch her write in her room and then go to the studio when she would get off work."

The hard work has paid off. Her latest project "Suga," released on Friday and available on streaming platforms, reached over 18 million streams in less than 24 hours.

"Suga" is a new persona for Megan, who says she has three: "Suga," "Hot Girl Meg," which she considers her party-college girl, and "Tina Snow," another layer that she claims to be a more laid-back personality, which is dedicated to the late Texas rapper Pimp C.