By Cillea Houghton
Video by Brittany Berkowitz
Share —
Sign up for our newsletters to get GMA delivered to your inbox every morning!

Reba McEntire and her boyfriend, Rex Linn, are Hollywood royalty, but that doesn't mean they've abandoned their country roots.

The country superstar recently took to Instagram to share the side-by-side reality of what life is like when the couple isn't strolling down a red carpet.

MORE: Reba McEntire on why 2022 Oscars performance is emotional for her
Editor's Picks

McEntire's first photo shows her and Linn looking glam and dapper as they pose holding hands at the 2022 Oscars. The second is a humorous snap of the two dressed up in their "Hillbilly Chili Cook-Off" attire.

In the latter pic, the "Fancy" singer is seen wearing a pair of overalls over a cheetah-print shirt with a purple scarf and a bright yellow ball cap -- quite different from her Dolce & Gabbana gown. Meanwhile, Linn looks equally as attention-grabbing in a chef's shirt and cowboy boots and a chili pepper hat to complete the look. 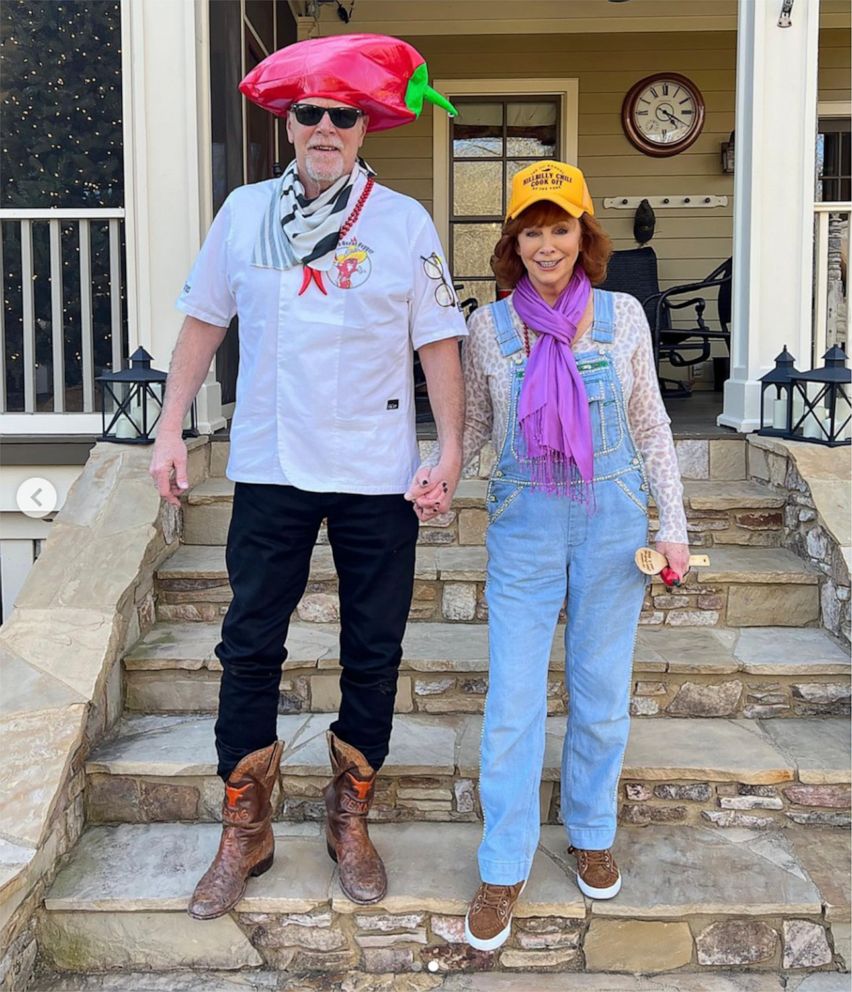 "Swipe right to see what a difference a week makes. From red carpets to red peppers, we have fun either way!!!" the country legend wrote in the caption, along with the hashtags #Oscars #HillbillyChiliCookOff.

The "Reba" alum attended the 94th Academy Awards last month to perform Diane Warren's Oscar-nominated song, "Somehow You Do," from the film "Four Good Days." It was the first time she performed at the Oscars since 1991.

McEntire and Linn began dating in 2020. They originally met in 1991 on the set of Kenny Rogers' made-for-TV film "The Gambler Returns: The Luck of the Draw." The pair most recently appeared on "Young Sheldon" together.