Taika Waititi is teasing Natalie Portman's return to the "Thor" franchise -- and her claiming the God of Thunder's mighty mantle herself.

As for what Jane's been up to during that time and how Thor will handle seeing her again, Waititi said, "She's had a whole other life, and then the love of your life comes back on the scene, and is now dressed like you. It's a real mindf--- for Thor."

Waititi confirmed Jane's story in "Thor: Love and Thunder" will trace the arc of the "Mighty Thor" comics, which sees a cancer-stricken Jane being cured with a little lightning therapy. 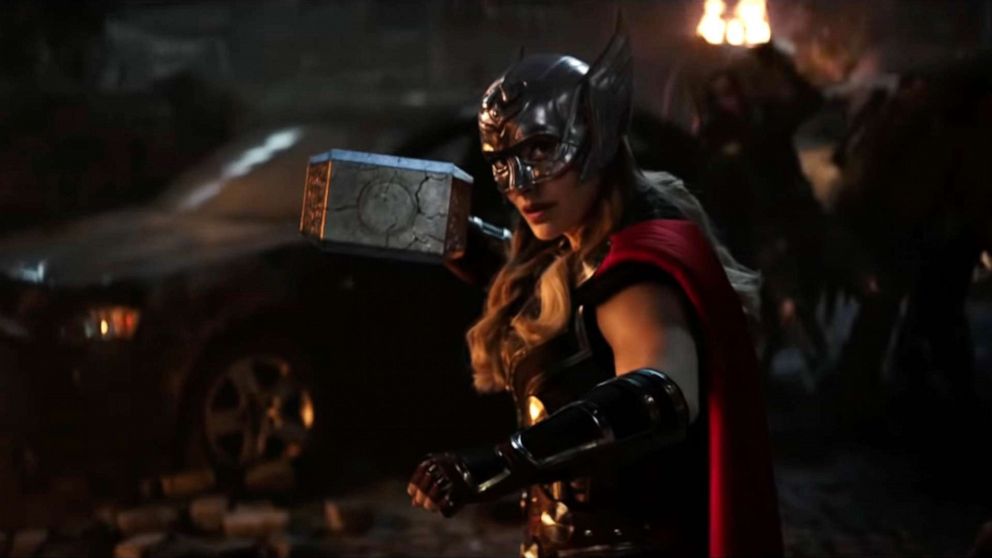 "You don't want Natalie coming back and playing that same character who's walking around with science equipment. You know, while Thor's flying around, she's left on Earth, tapping her foot going, 'When's he going to be back?' That's boring," he said. "You want her to be part of the adventure."

Aside from Portman's Thor-like arms after she takes up the mantle, Waititi said the Oscar-winning actress shows other strengths in the film.

"Natalie's really funny in real life," he explained. "She's kind of goofy and has got a great sense of humor, and I don't think that was exploited enough in the first films."