"Why are you mad, when you could be GLAAD?"

Truer lyrics have never been written for a Taylor Swift tune, as the world's largest LGBTQ+ advocacy group, GLAAD, announced Tuesday morning that Taylor Swift will be honored with this year's Vanguard Award.

According to GLAAD, the accolade is presented every year "to allies who have made a significant difference in promoting acceptance of LGBTQ+ people." 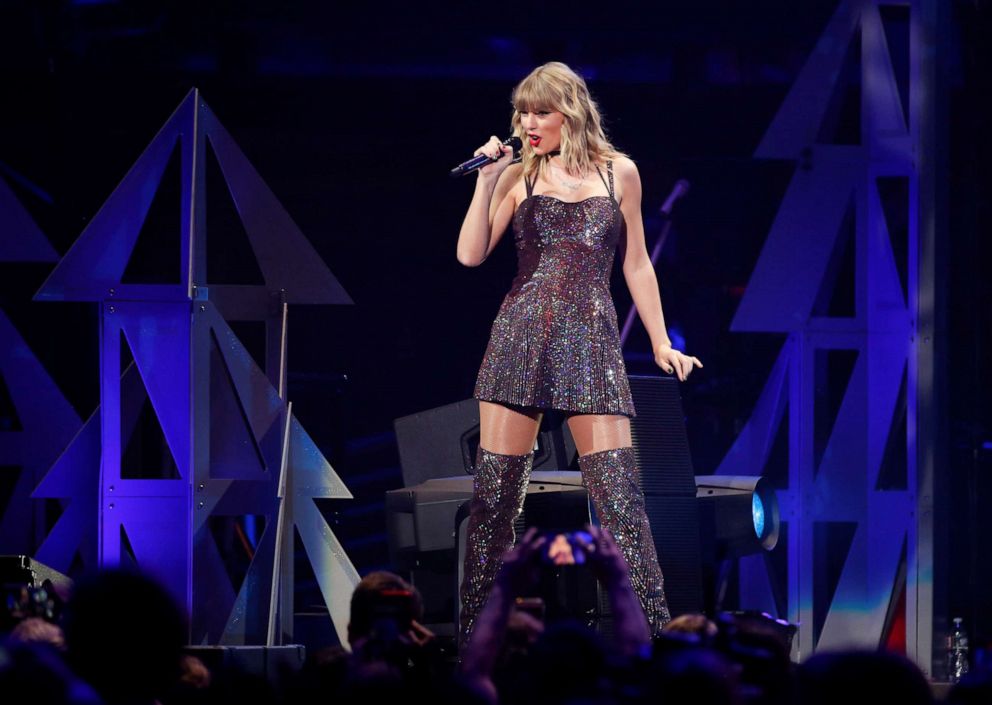 Swift's hit single, "You Need to Calm Down," did just that as the music video featured a number of famous faces from the LGBTQ+ community and beyond with the simple message of acceptance. That song also led to a spike in donations to GLAAD, which functions as a nonprofit organization helping to lead conversation and dialogue to accelerate acceptance for the LGBTQ+ community.

🌈HAPPY PRIDE MONTH!!!🌈 While we have so much to celebrate, we also have a great distance to go before everyone in this country is truly treated equally. In excellent recent news, the House has passed the Equality Act, which would protect LGBTQ people from discrimination in their places of work, homes, schools, and other public accommodations. The next step is that the bill will go before the Senate. I've decided to kick off Pride Month by writing a letter to one of my senators to explain how strongly I feel that the Equality Act should be passed. I urge you to write to your senators too. I'll be looking for your letters by searching the hashtag #lettertomysenator. While there's no information yet as to when the Equality Act will go before the Senate for a vote, we do know this: Politicians need votes to stay in office. Votes come from the people. Pressure from massive amounts of people is a major way to push politicians towards positive change. That's why I've created a petition at change.org to urge the Senate to support the Equality Act. Our country's lack of protection for its own citizens ensures that LGBTQ people must live in fear that their lives could be turned upside down by an employer or landlord who is homophobic or transphobic. The fact that, legally, some people are completely at the mercy of the hatred and bigotry of others is disgusting and unacceptable. Let's show our pride by demanding that, on a national level, our laws truly treat all of our citizens equally. 🌈🌈🌈🌈🌈🌈🌈🌈🌈🌈🌈🌈🌈 Click the link in my bio to sign the petition for Senate support of the Equality Act.

"In a time of political and cultural division, Taylor creates music that unites and calls on her massive fan following to speak up and call for change," Ellis continued. 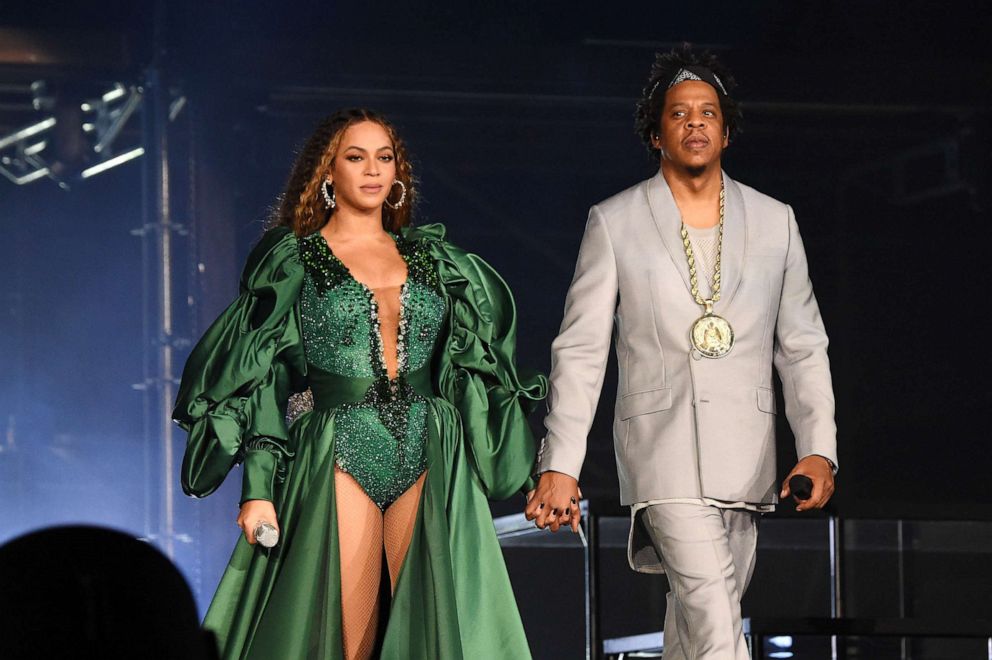 Accepting their 2019 GLAAD Vanguard Awards, Beyoncé paid tribute to "the most fabulous gay man" she's ever known: her uncle, who died from HIV.

Jay-Z honored his mother, Gloria Carter, who accepted a special recognition award the previous year for her brave coming out in Jay-Z's song "Smile." He thanked her for allowing him to "follow in her footsteps of spreading love and acceptance."

In addition to the Vanquard, director, producer, writer, author and advocate Janet Mock will receive GLAAD's Stephen F. Kolzak Award, named after the legendary casting director who devoted his life to raising awareness in the entertainment industry about the discrimination faced by LGBTQ+ people, as well as people living with HIV.

The award is presented to "a LGBTQ media professional who has made a significant difference in promoting LGBTQ acceptance," according to GLAAD. 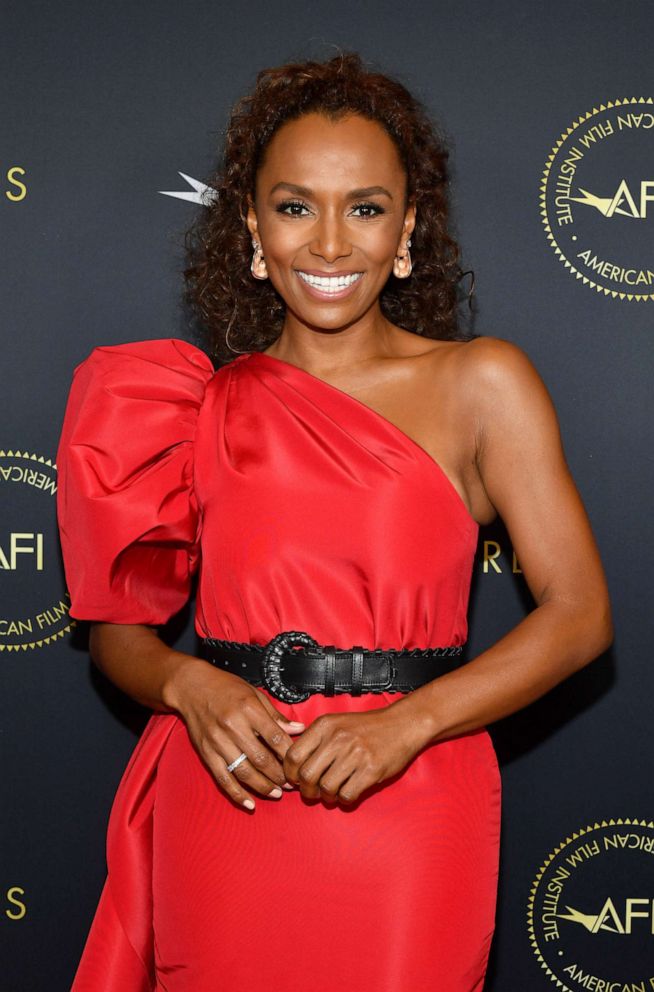 Janet Mock is known for her work as a writer, director and producer on Ryan Murphy's FX series "Pose," for which she made history as the first trans woman of color to write and direct an episode of television with the landmark script, "Love Is the Message."

Ellis said, "Janet Mock is a trailblazing force for diverse and inclusive storytelling who has raised the bar for LGBTQ representation in Hollywood."

"Her passion for inclusive storytelling, combined with her undeniable talents in writing, directing, and producing, will continue to create a Hollywood where voices and stories that have been left out of the conversation are placed front and center where they belong," Ellis continued.

Swift and Mock will receive their honors at the 31st GLAAD Media Awards in Los Angeles this April.