"Frozen," Disney's Broadway musical, made history and herstory on Tuesday, welcoming Ryann Redmond to the cast. Redmond is the first ever woman to play Olaf in any production of "Frozen" anywhere in the world.

"I feel thrilled that little girls can come to 'Frozen,'" Redmond told ABC News. "They can be the princess or they can be the snowman, whatever they choose."

If little girls and not little girls can leave the theater feeling empowered to do whatever it is they want to do in their life, then we've done our job.

The show, which has been playing to sold out audiences since it opened in New York City last year, has been noted for its diverse casting.

"I'm so glad that I get to be a part of this extremely diverse cast, and now in a different way, diverse -- gender diverse, I guess you could say," Redmond said. "It's so cool to see Disney taking it a step further."

(MORE: Female empowerment in the spotlight in ‘Frozen: The Broadway Musical’)

Redmond said she couldn't believe it when she was even asked to audition for the role, let alone getting cast as Lady Olaf, as she calls her new character. "I was screaming and crying up Eighth Avenue," she recalled about getting that life-changing phone call.

Redmond, a Georgia native and graduate of NYU's Tisch School of the Arts, is no stranger to Broadway. She made her Broadway debut in Lin-Manuel Miranda's "Bring It On," shared the stage with Idina Menzel in "If/Then," and most recently belted out Jimmy Buffet tunes in "Escape to Margaritaville."

But for this new role, she had to learn to work with a puppet for the first time in her career. She also says Olaf's big song, "In Summer," has been transposed to a new key, fit for some sizzling vocals from a female. 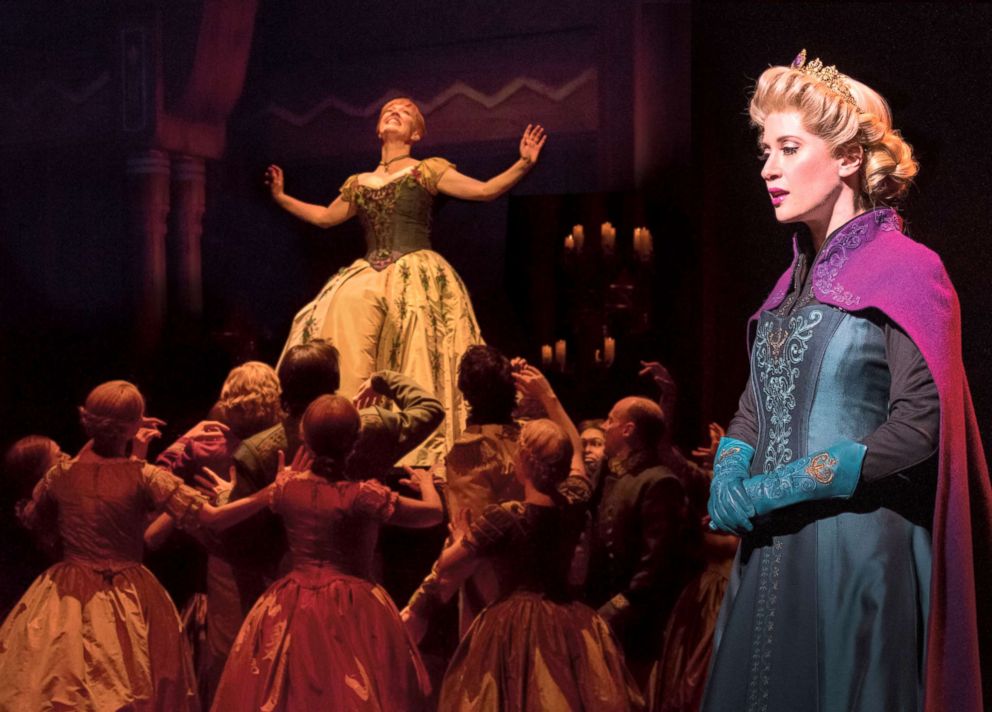 Josh Gad, who voices Olaf in the "Frozen" movie and its upcoming sequel, surprised Redmond with warm wishes before she made her debut on Tuesday night.

"I just wanted to wish you all the best on this monumental night," Gad said.

(MORE: The 'Frozen 2' teaser trailer is here and Twitter is losing its mind )

But for Redmond, it's those young people in the audience who prove some people are worth melting for.

"If little girls and not little girls can leave the theater feeling empowered to do whatever it is they want to do in their life," Redmond said, "then we've done our job."

Check out the full interview and get to know Lady Olaf a little better in the video above.