Fifty years ago, four young musicians were photographed walking across London's Abbey Road for what has become arguably one of the most iconic album covers ever.

On the morning of Aug. 8, 1969, The Beatles were snapped by photographer Iain Macmillan as they strolled across the zebra-striped crosswalk in front of Abbey Road Studios, with one of the pics being used as the cover for what became "Abbey Road."

The photo, which was one of six Macmillan took, features John Lennon, Ringo Starr, Paul McCartney and George Harrison crossing the street from left to right, in that order. Lennon wears a white suit, Starr a black suit and McCartney a gray one, while Harrison donned a blue denim shirt and jeans. Paul holds a a cigarette in his right hand and is barefoot.

50 years ago today, @TheBeatles gathered at EMI Studios for one of the most prolific photoshoots of their career. A policeman held up the traffic as photographer Iain Macmillan took six shots of the group walking across the zebra crossing just outside the studio. #AbbeyRoad pic.twitter.com/ROgV1SE9d4

The cover also has been parodied numerous times for various reasons, including other artists' albums. For example, McCartney's 1993 concert album, Paul Is Live, shows the rock legend being pulled across Abbey Road by a sheepdog on a leash, and the cover of the Red Hot Chili Peppers' 1988 release, The Abbey Road E.P,. shows the band members making the crossing naked except for white tube socks over their genitals. 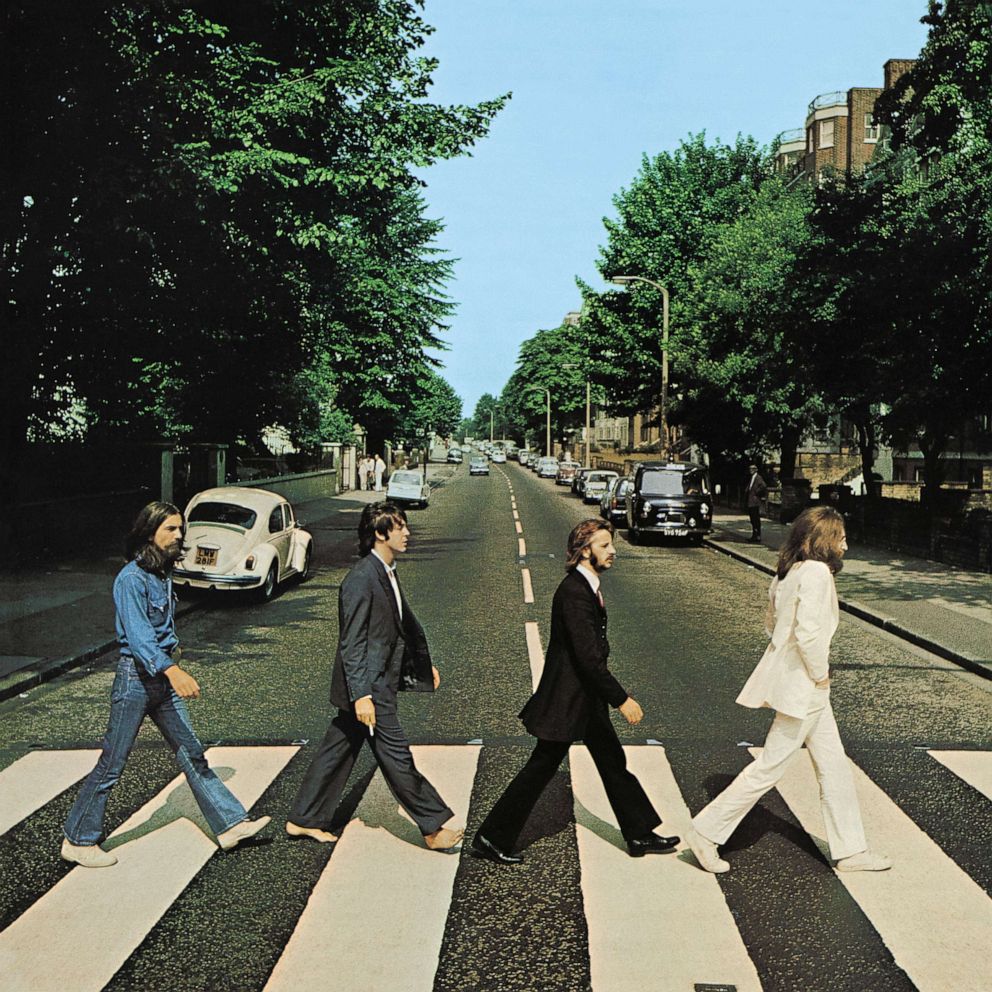 Abbey Road was released on Sept. 26, 1969, and was the next-to-last studio effort issued by The Beatles. "Let It Be," most of which was recorded prior to "Abbey Road," got its release in April 1970.

Starr recently revealed to Billboard that a deluxe "Abbey Road" reissue is being prepared for release, although no official details have been announced.

The Abbey Road crosswalk has since become a popular London tourist attraction, with Beatles fans regularly having their photo taken recreating the image.

Fans celebrated the anniversary by doing the famed walk.

If you're planning on coming to the zebra crossing today and the queues are too long, step inside the Abbey Road car park for one day only and take your photo with the original Beatles' 1969 image! #AbbeyRoad pic.twitter.com/I8Dne7MJM8

There's also a livestream of the day's events.