Erin Jackson made Olympic history in Beijing, becoming the first Black woman to ever win a gold medal in speedskating.

"It was amazing. After I crossed the line, I was like, 'OK, I at least get a medal, but I came here to win gold. Let's wait and see,'" she told "Good Morning America" of the anticipation after her race finished. "It was an amazing rush of emotions." 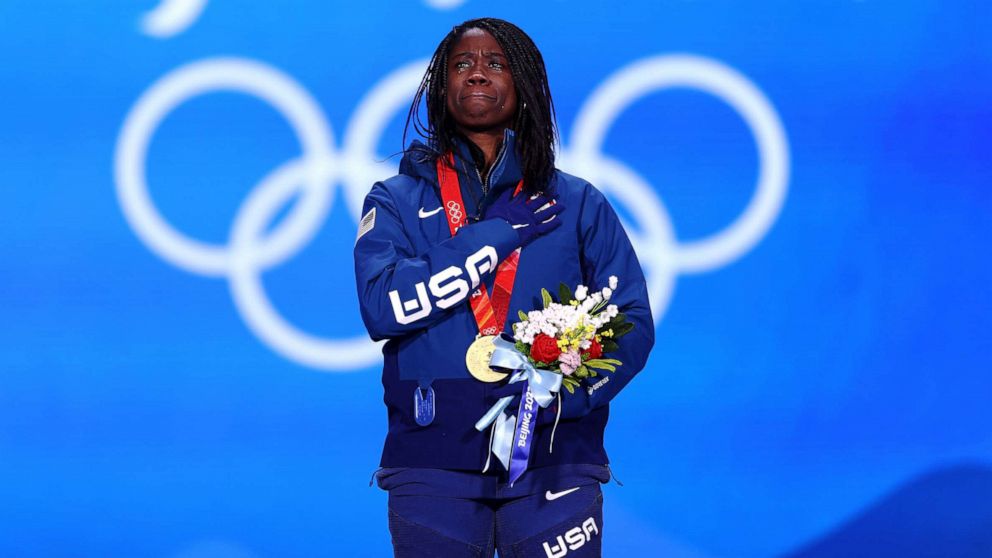 Jackson's individual gold in the 500-meter event comes 20 years after Vonetta Flowers made history as the first Black and African American to notch gold at the Winter Olympics for bobseld. Now, she hopes her story and win will inspire a new generation of athletes.

While Jackson felt "a lot of happiness and relief" post-win, she said there's "excitement for the future -- of Team USA and U.S. Speed skating, but also the winter sports and getting more people to try them."

The 29-year-old from Ocala, Florida, made Team USA for the 2022 Winter Games with the support from teammate Brittany Bowe, who initially deferred her spot in the individual event after Jackson slipped on the ice and came in third place, one spot shy of what she needed to make the team.

Many American fans and celebrities were quick to celebrate the Olympian online, including an artist whose lyrics became a slogan for the speedskating star.

"I had some shout-outs from Samuel L. Jackson, Viola Davis, Michelle Obama, Gabi Union, Oprah and Gayle [King], a lot of really cool people, Vanilla Ice too," she said. "At the last Olympics I had 'ice ice baby on the back of my shirt.'"

Jackson, who catapulted to the top of her sport after coming up short in 2018 trials, said she had "a lot of good training" and explained that "the athletes can't do it on their own for sure."