Pink paid tribute to Olivia Newton-John with a touching performance at the 2022 American Music Awards on Sunday night.

For the emotional tribute, Pink sang one of Newton-John's most well-known hits, "Hopelessly Devoted To You," from the movie "Grease."

MORE: Pink on how experiencing pain and loss helped her make her best album yet

Photos of Newton-John, who died in August at the age of 73, were displayed onstage throughout the performance. 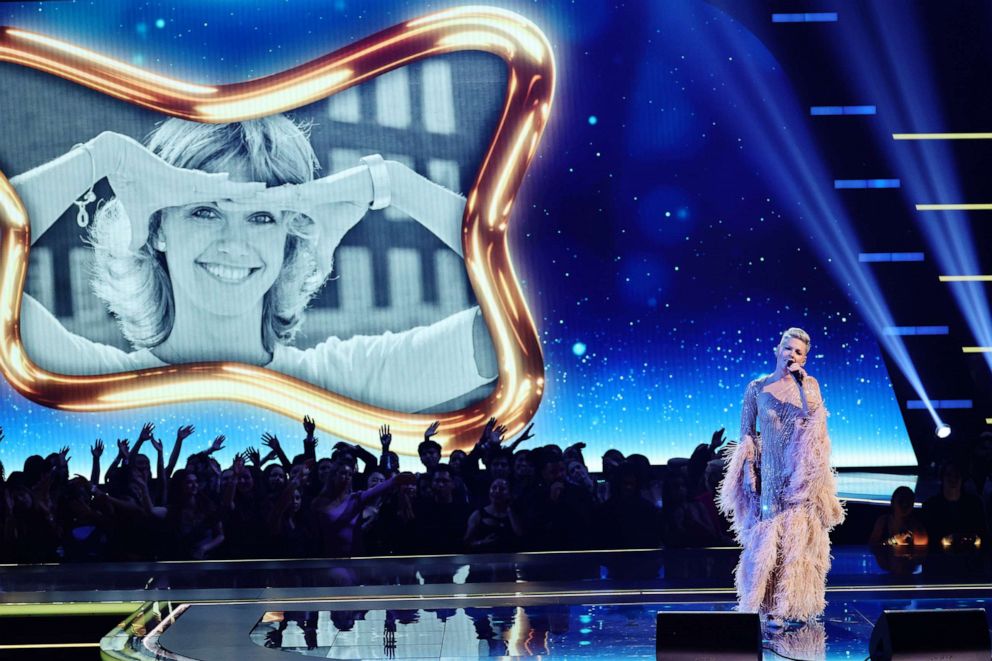 Matt Winkelmeyer/Getty Images
An image of the late Olivia Newton-John is displayed on a screen while Pink performs onstage during the 2022 American Music Awards, Nov. 20, 2022 in Los Angeles.

"She was an icon with a beautiful voice and an even bigger presence, always kind," she wrote of the late actress and singer. "I look forward to honoring her tonight."

A beautiful tribute to Olivia Newton-John from @Pink💘

The #AMAs are LIVE on ABC, tune in. 👀 pic.twitter.com/ePwIGOQLVQ

The hitmaker's family was in attendance at the star-studded awards show to support her as well. She appeared on the red carpet with husband Carey Hart and their two children Willow, 11, and Jameson, 5. 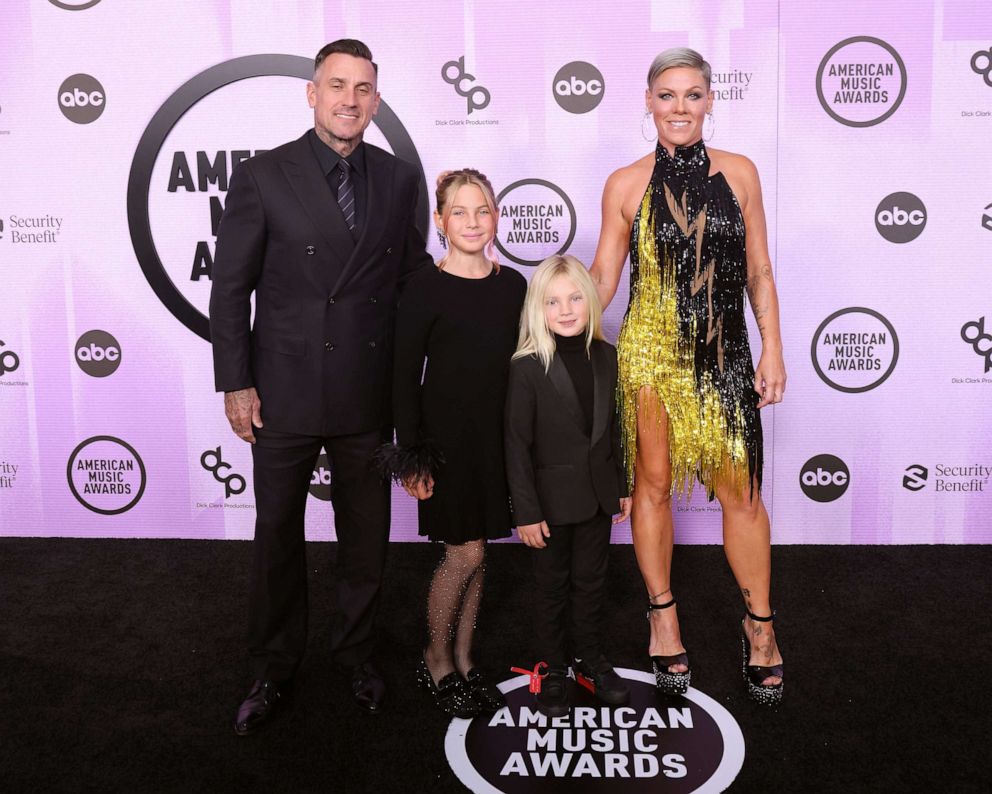 Pink's long-awaited album is out Feb. 17.