Following an internal investigation, Abbott Nutrition said it will resume production of Similac, Alimentum and EleCare baby formulas once the Food and Drug Administration gives the company the green light.

The latest update from Abbott comes amid a national baby formula shortage that has only grown worse in the last three months, with an estimated 40% of formula brands out of stock at stores nationwide as of April 24, according to tracking firm Datasembly. Stores like CVS and Walgreens also previously confirmed to "Good Morning America" that they were limiting formula purchases to three per customer due to short supplies.

Parents have also been speaking out about the crisis, pressing elected officials and the federal government address their concerns.

In response, President Joe Biden announced Thursday that the Department of Agriculture is loosening restrictions under the Special Supplemental Nutrition Program for Women, Infants, and Children, more commonly known as the WIC program, that would let families "use their WIC benefits on a wider variety of products so that if certain sizes or types of formula are out of stock, they can use their benefits on those that are in stock," according to a press release. The White House also said the USDA is encouraging all states to relax rules that require stores to keep a "certain amount of formula in stock."

Other steps the White House noted they're taking include boosting imports of formula and calling for the crackdown of formula price gouging and monitoring unfair market practices.

ABC News also learned Friday the House Oversight Committee is launching an investigation into the baby formula shortage, including possible price gouging practices and what companies have done to address the shortage.

Earlier this week, the public outcry on the formula shortage spurred Utah Sen. Mitt Romney to urge the FDA and the USDA "to initiate contingency plans to mitigate shortages that risk the lives of infants across the nation" in a letter released Tuesday. South Dakota House Rep. Dusty Johnson also released a letter Wednesday, questioning the FDA's "lack of action" on the formula shortages. 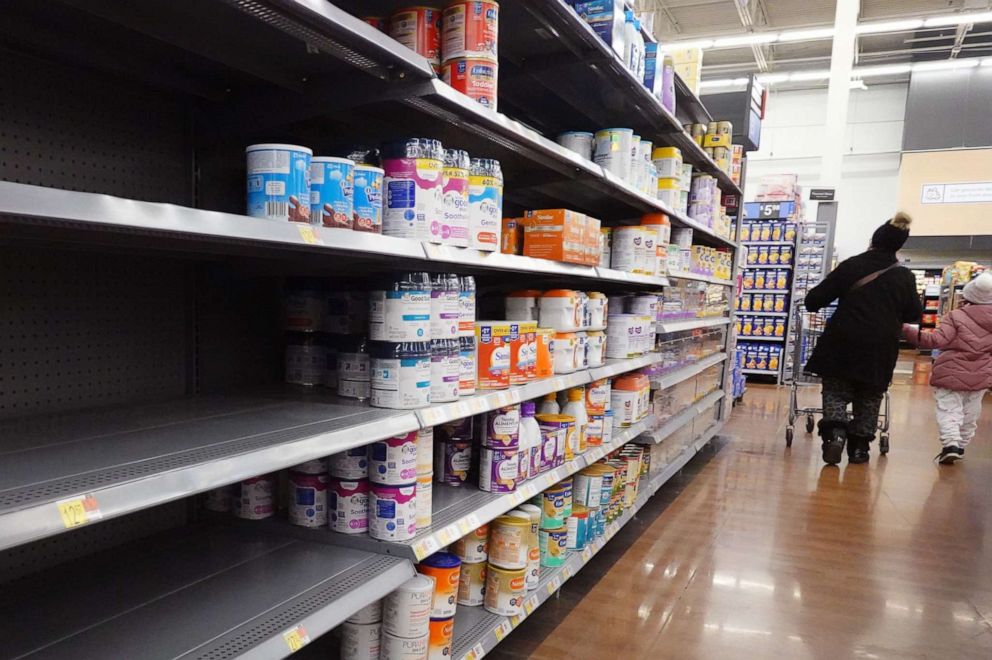 Scott Olson/Getty Images
Baby formula is offered for sale at a big box store on Jan. 13, 2022 in Chicago. Baby formula has been is short supply in many stores around the country for several months.

Abbott halted production in February after Similac, Alimentum and EleCare products were recalled due to bacterial infections that led to two infant deaths. The FDA and Abbott launched investigations into the baby formula products and FDA Commissioner Dr. Robert M. Califf said Tuesday in a statement, "We are doing everything in our power to ensure there is adequate product available where and when they need it."

Abbott released its own statement Wednesday and said a "thorough review" had been completed. "There is no evidence to link our formulas to these infant illnesses," the company said in part.

Abbott also said it has been responding to feedback from an FDA inspection that included a list of suggested improvements for their manufacturing facility in Sturgis, Michigan. 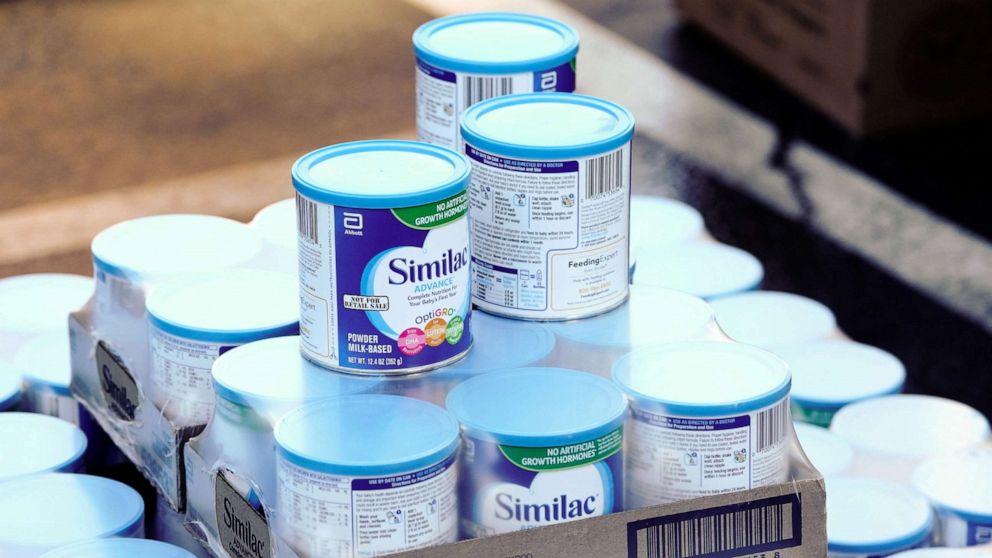 Bing Guan/Reuters, FILE
Abbott plans to restart production at a Michigan plant that makes powdered baby formula, including the Similac brand, after a recall contributed to the baby formula shortage.

The formula maker estimated new products would be available on store shelves six to eight weeks after manufacturing.

"We deeply regret the situation and since the recall, we've been working to increase supply at our other FDA-registered facilities, including bringing in Similac from our site in Cootehill, Ireland, by air and producing more liquid Similac and Alimentum," the company added. "We also began releasing metabolic formulas that were on hold earlier this month at FDA's request to those who need these unique formulas."

MORE: What parents should know as formula shortage worsens nationwide

As families continue to navigate through formula shortages, experts warn that caregivers remember two key points: Do not dilute baby formula and do not make your own formula.

Diluting formula can lead to nutritional deficiencies and be life-threatening for babies. Making your own formula and feeding it to a baby can also lead to injury or even death, if the correct amount and type of nutrients are insufficient. The FDA provides additional formula guidelines on its website.