By Katie Kindelan
Video by Alyssa Gregory
Share —
Sign up for our newsletters to get GMA delivered to your inbox every morning!

So when Hughes, 17, imagined opening the acceptance email from Duke that would determine her future, she knew immediately where she wanted to do it, at the graveside of her late mother, Rasheda Hughes, who passed away in 2016, on Hughes's last day of seventh grade.

"I knew that since my mother had missed a lot of things with me in my childhood, growing up, and since this was mobile, I could take my computer to open the email anywhere, I knew I wanted to do it with her," Hughes told "Good Morning America." "I thought whether I get accepted or denied, I wanted to share this moment with her because I knew it would be filled with emotion."

"I knew I’d find peace there and I knew she’d be proud of me regardless," she said. 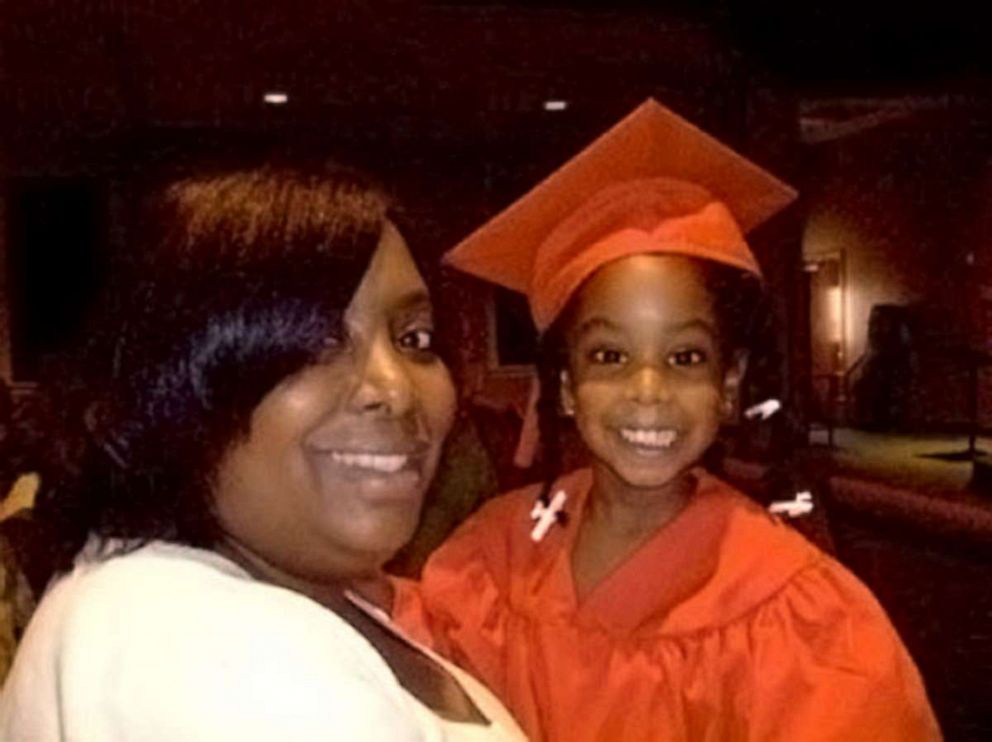 Hughes, from Loganville, Georgia, applied for early admission to Duke, also the only school to which she applied.

When she received an email from the Durham, North Carolina, school in mid-December, she took her laptop to her mother's gravesite alongside her father, James Hughes. The father and daughter said it took Skylar around 20 minutes to open the email from Duke.

"I remember trying to get her to click the button," James Hughes recalled. "We were out there for so long that by the time she clicked it, the system had logged her out and she had to log in again."

When Skylar Hughes finally opened the email, she learned she had been accepted to Duke University's Class of 2025. 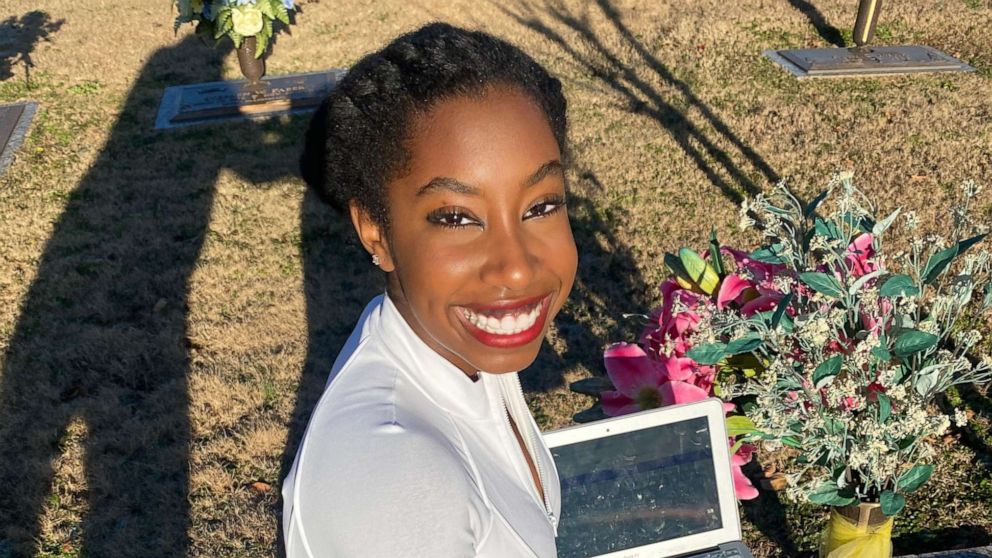 Skylar and James Hughes
Skylar Hughes, 17, opened her acceptance email to Duke University at the gravesite of her mom, Rasheda Hughes.

"I saw the blue streamers and I just started breaking down," she said. "I could not believe it."

"It’s been a lot of sacrifices so when I opened it and I got in, it was like all of my hard work had paid off," she added. "For the first time in a very long while I was just very proud of myself and just so happy."

"At that point, we were two proud parents of our daughter," he said. "That was one thing that Rasheda could participate in because she wasn’t able to participate in so many of the things that Skylar has done since she passed." 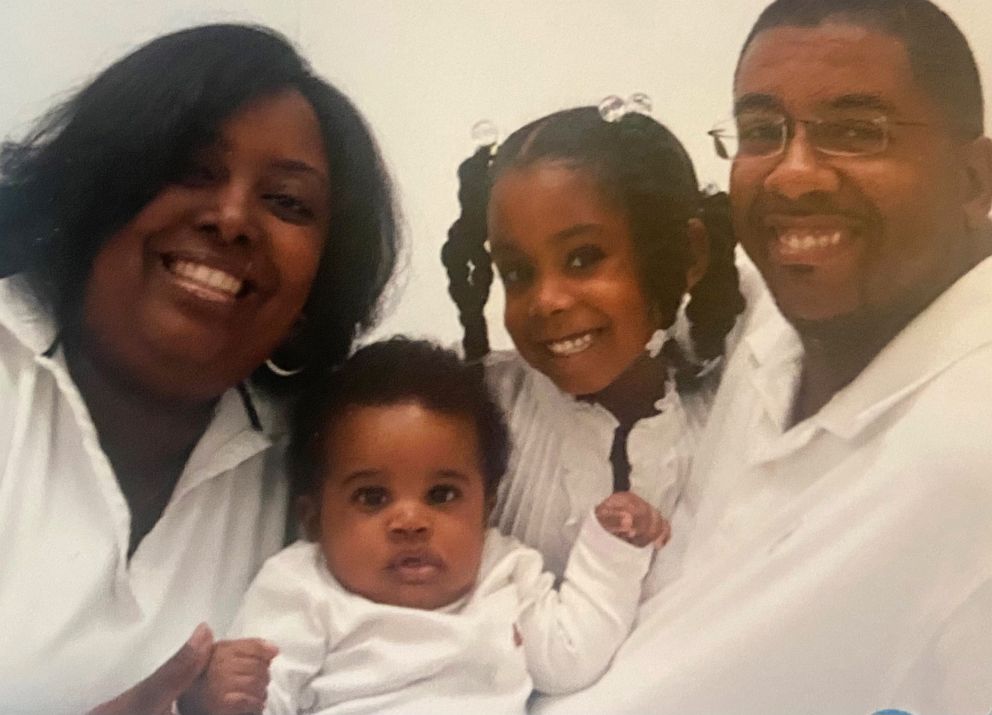 Skylar and James Hughes
The Hughes family is pictured in a photo taken before the death of Rasheda Hughes, who passed away in 2016.

But along with the "euphoria" that Skylar Hughes said she felt when she was accepted at Duke came another reality, the difficulties she and her family will face paying tuition at the private university, where tuition and fees run as high as nearly $80,000 per year, according to the university's website.

Even with her financial aid package, the Hughes family's estimated annual contribution is around $60,000 per year, according to both James and Skylar Hughes.

James Hughes said he is determined to make it work so that his daughter can attend her dream school, noting that he has told her, "Your job is to apply to scholarships, go to school and get good grades and I’ll do the rest."

Skylar Hughes is continuing to work two part-time jobs to save money and has applied for more than 50 scholarships in the past month. Her cousins also started a GoFundMe account that has raised more than $46,000 and counting to help Skylar Hughes attend Duke University.

MORE: 50 Spelman grads learn their student debt has been paid

Skylar Hughes set her eyes on Duke University as a young child because of their strong marine science program. She said she hopes to become a marine biology researcher and help find cures to medical conditions like the brain aneurysm that took her mother's life. 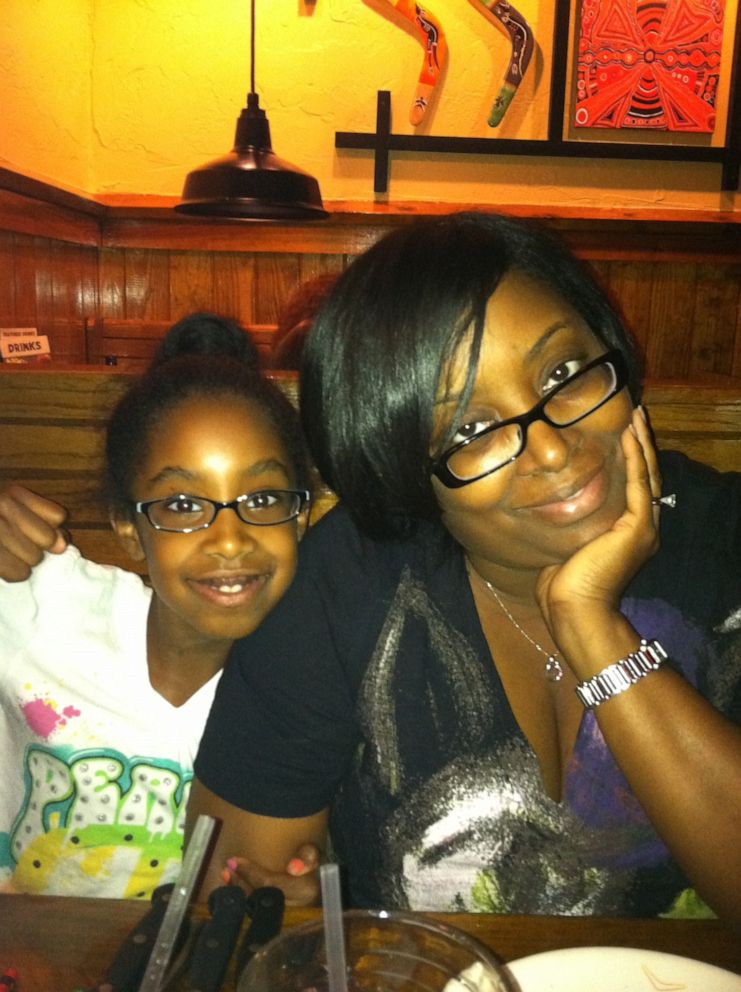 Skylar and James Hughes
Skylar Hughes is pictured with her late mother, Rasheda Hughes, in this undated family photo.

"I just want to show people that you’re more than your circumstance," she said. "After my mom passed, it would have just been so easy for me to be like, ‘That’s it.’ I could have very easily have just done the bare minimum for the rest of my childhood and no one would have questioned it."

"I thank my dad and all my aunts and my grandma for always pushing me to be my best and for putting this fire in me," Skylar added.

Arianne Belzer, who taught Skylar Hughes for two years in her Latin class at Grayson High School, told "GMA" that she is confident figuring out a way to attend Duke University will just be one more challenge at which Skylar Hughes excels.

"When I grow up I want to be more like Skylar," she said. "I’m just so proud of how many challenges she’s stared down and said, ‘I don’t know how I’m going to do this and I’m going to do it anyway.’"