A mother who traveled alone with her toddler and infant is publicly thanking the kind-hearted stranger who helped them during the flight.

Jessica Rudeen was flying with her daughter Caroline, 3, and her son Alexander, 4 months, from Missouri to North Carolina to visit her mother. The kids were having a rough morning, until a fellow passenger named Todd Walker, 52, stepped in to lend a hand -- especially with Caroline, who was nervous about the flight, Rudeen told ABC News today.

"I had the crying baby in one hand and I was crouched down next to [Caroline]," said Rudeen, 34, of Bentonville, Arkansas. "Todd reached down and said, 'I'll hold him.' I didn't know what else to do, it was kind of my only option. I got Caroline down in the seat and she was kicking the seat, screaming and saying she wanted to get off the plane." 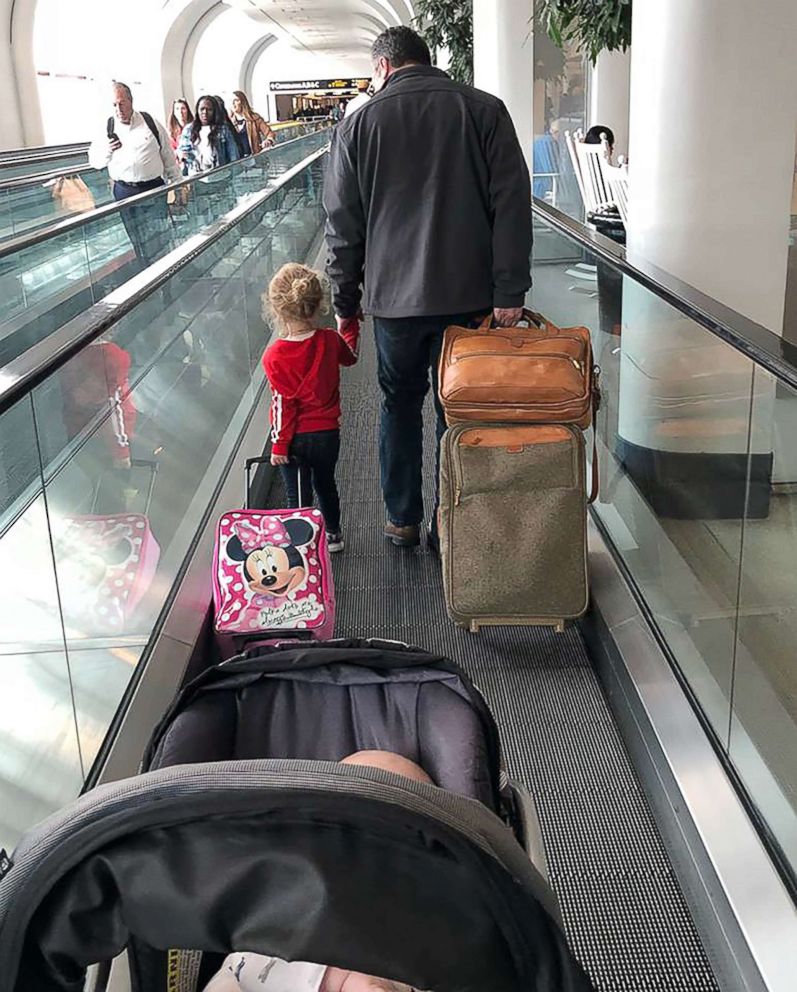 Rudeen said her daughter was in the middle seat next to Walker, who began talking and coloring with the toddler.

"It was really sweet to watch," Rudeen said about the interaction. "She was very chatty with him. She loved hanging out with him." 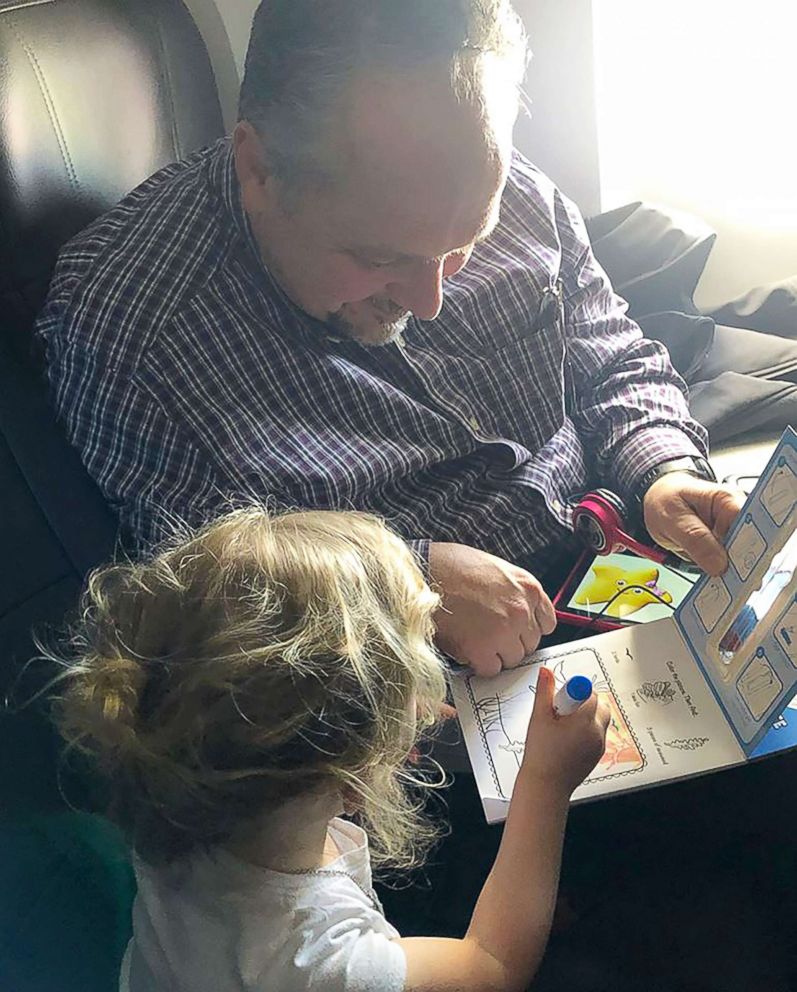 Rudeen said that when the plane landed, Walker helped her with her bags and escorted her family to the gate of their layover flight in Charlotte, on which he was also a passenger.

"Caroline wanted to walk with him so she had her bag and she held his hand on the way to the next flight," Rudeen added.

Walker, a father of two, even switched his seat on the connecting flight so he could continue helping Rudeen.

He told Rudeen his name was Todd and he was traveling for business and that he works with imported lumber. He said he also had a son, who was now a student at the University of Arkansas living in Lenexa, Kansas.

Referencing that information, Rudeen posted a public "thank you" on her Facebook page, along with sweet photos of the exchange between Walker and Caroline.

Hours later, she said, her post was shared by many people and she was connected with Walker's wife, Stacey Walker. 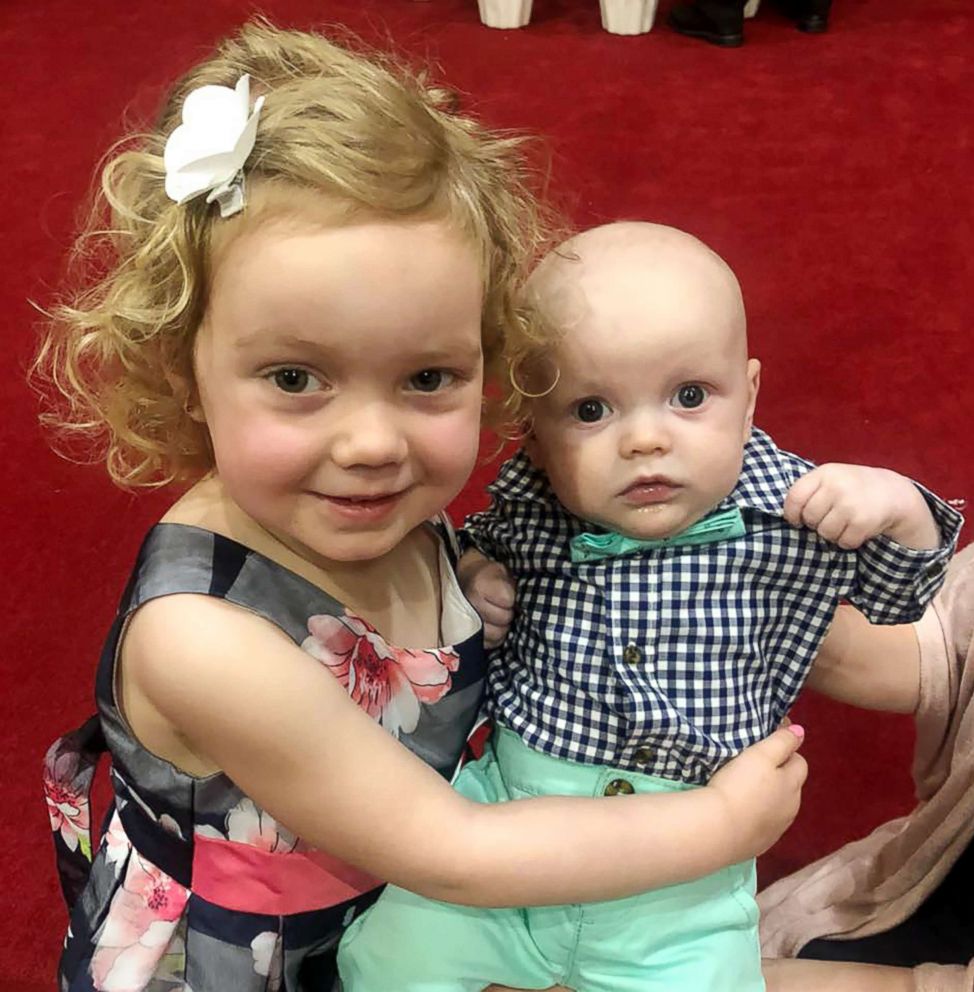 Rudeen and Walker spoke yesterday over the phone about the attention surrounding her post, she said.

"You never want to be that parent and I think that's the reason people are relating to [the story] so much because they've been there," Rudeen said.

Stacey Walker told ABC News today that when their son was 7 months old, they had a situation on a flight similar to what Rudeen experienced. 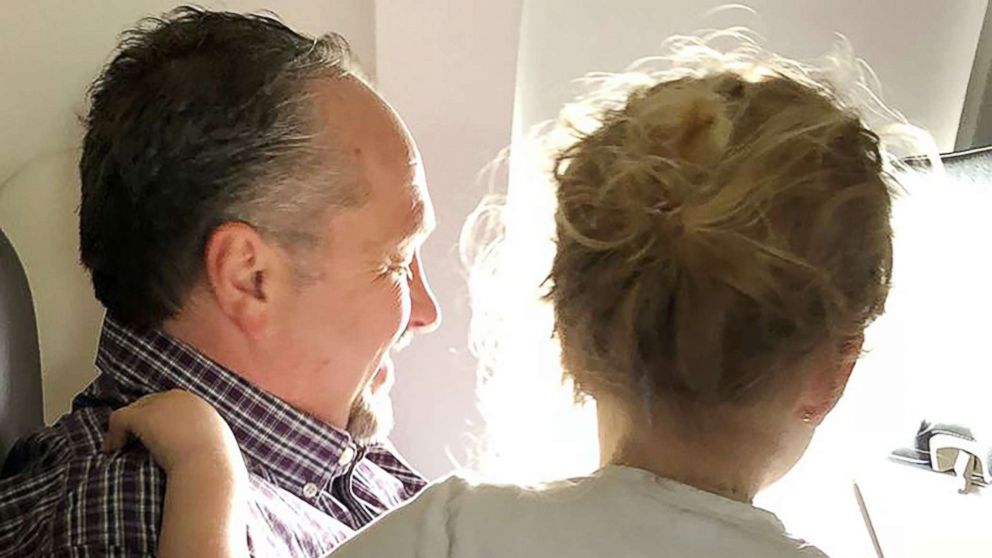 Jessica Rudeen
Jessica Rudeen, 34, of Bentonville, Arkansas, was flying with her daughter Caroline, 3, and her son Alexander, 4 months, from Kansas City, Missouri, when Todd Walker, 52, stepped in to lend a hand.

"The return flight home was very trying and the gentleman that was sitting next to me had helped me out," Stacey Walker said. "I basically shoved [my son] into my husband's arms and hugged the gentleman behind me."

She went on, "It's in my husband's nature to help people. We don't have girls and he really connected with little Caroline. He's really humbled by it. He can't believe the amount of attention, it's just amazing."