That's what happened for University of North Texas graduate Charmecia Goree on May 11 when her boyfriend of four years Joshua Okpara dropped down to one knee in front of thousands of fellow students, teachers and proud parents.

Okpara, who's a native of Nigeria but currently lives in Denton, Texas, said he had been planning this moment since their freshman year.

"I made a promise to her -- I don’t think she even remembers this -- but I said if you’re able to wait [to have sex] with me until marriage ... I would make sure that I would let the whole world know that I loved you. That was my exact goal," he told "Good Morning America."

Okpara, who recently started his own church called The Faith Filled Church, said it was "definitely harder to date because we're both celibate." 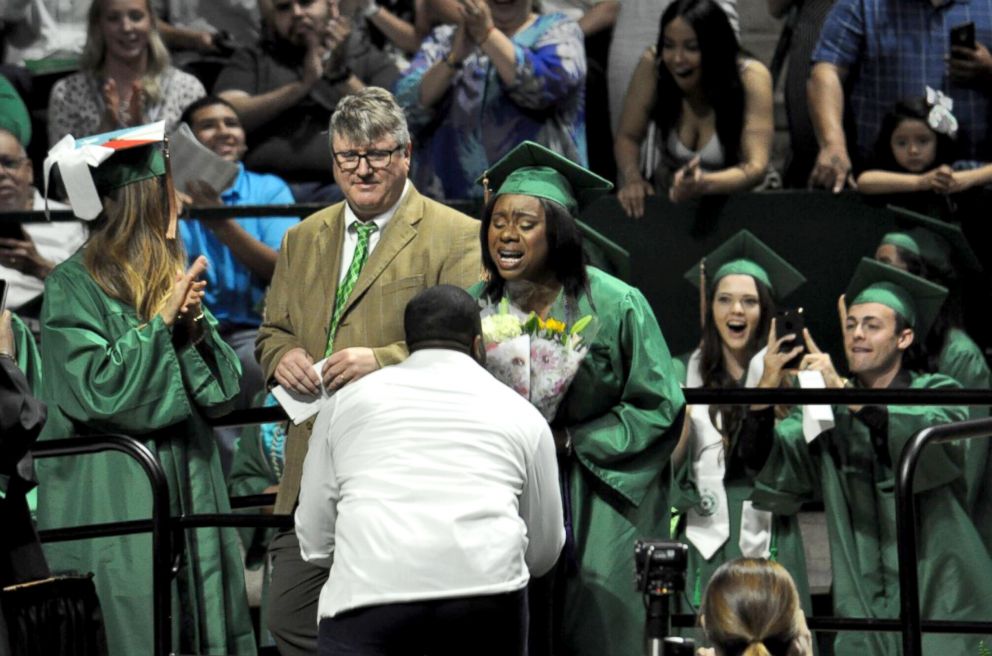 Still, the future groom said he knew graduation day was the perfect time to "execute" his master plan.

But after emailing with the administration to pull it off, his grand proposal was almost ruined because he left his plans up on his computer.

"I wasn’t even trying to sneak at all," the future bride told "GMA" with a laugh. 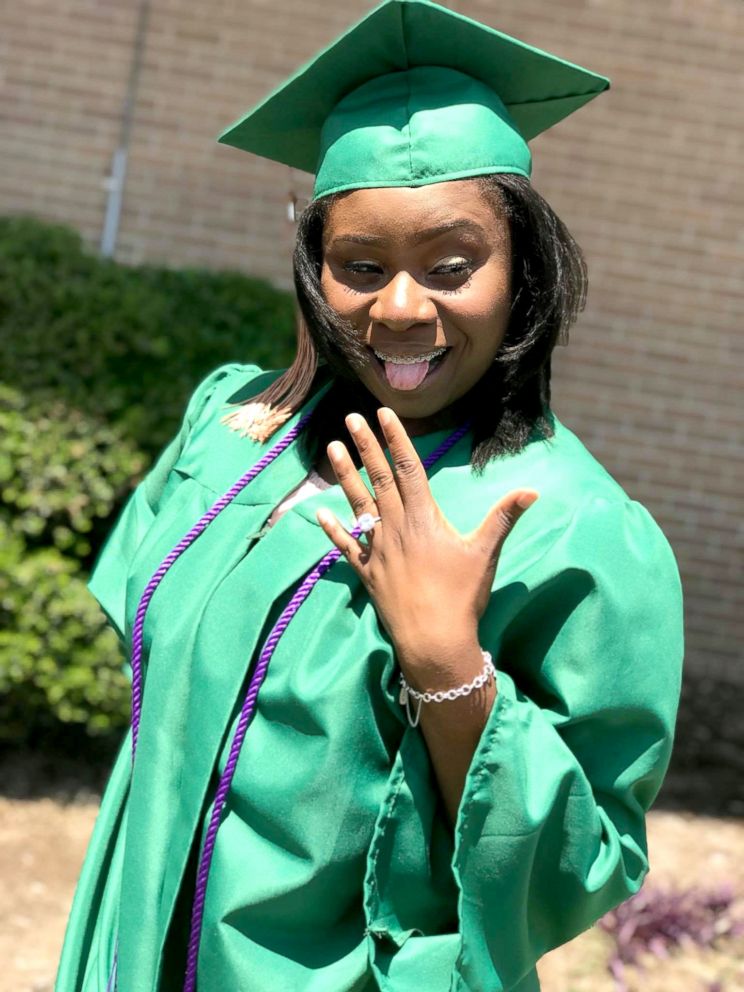 Goree continued, "I was about to study for an assignment that I had. My computer was broken so I was using his computer. He forgot to exit out [of his email] so it was the first thing that popped up."

Although she hesitated to question him about his proposal plans, she eventually came clean. The former marketing major said that her now-fiancé replied, "'Oh it’s no problem because they said they weren’t going to have time to do it anyway. Plus I can’t find the perfect ring.' And so I didn’t have a clue."

When Okpara eventually did drop to one knee, he said: "I was extremely nervous. I had a whole speech planned ... but I saw her and I was lost for words."

Goree said she doesn't remember much about the proposal. "I was so very shocked," she admitted. 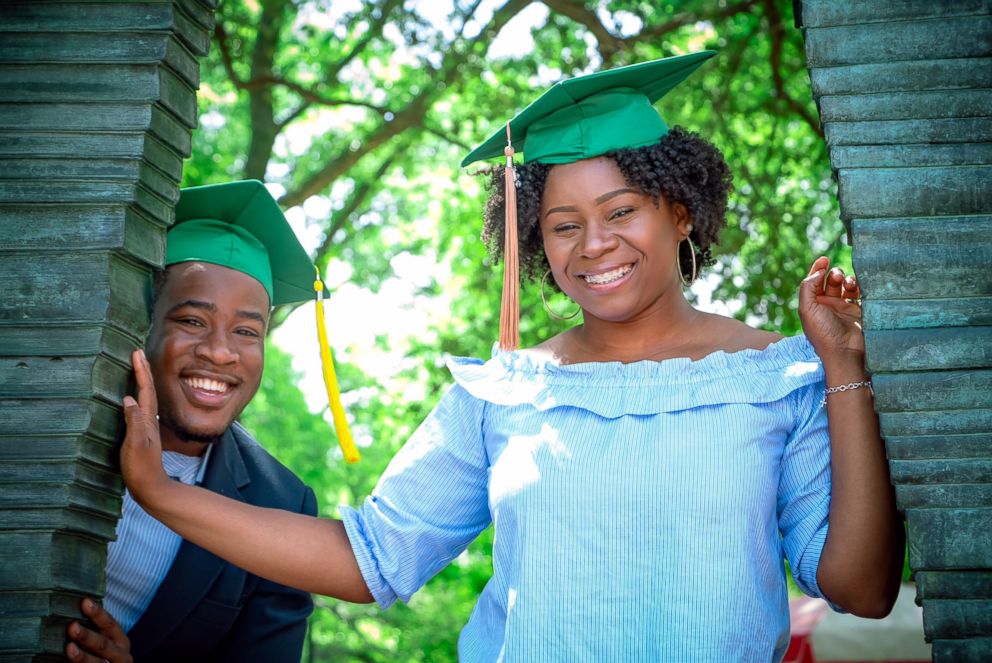 "All I know was that he said, 'We’ve been together four years,' and the only thing I heard after that was, 'Will you marry me?' And I just screamed to the top of my lungs," she recalled.

Now that the two have both graduated, they plan to focus on wedding planning, building Okpara's church along with Goree's non-profit organization dedicated to college-aged Christian women, called Faith Filled Women of Christ.

"I actually started planning before he even proposed, just in case," Goree said. "I want to have it together. With our finances and us just getting out of college, it’s been kind of hard."