By Zoe Moore, Will Linendoll
Share —
Sign up for our newsletters to get GMA delivered to your inbox every morning!

Spaghetti can be delicious, but it can also be messy and not what you think of when you need to eat on the go.

But a restaurant in New York City has gained popularity by selling spaghetti in easy-to-carry cones. 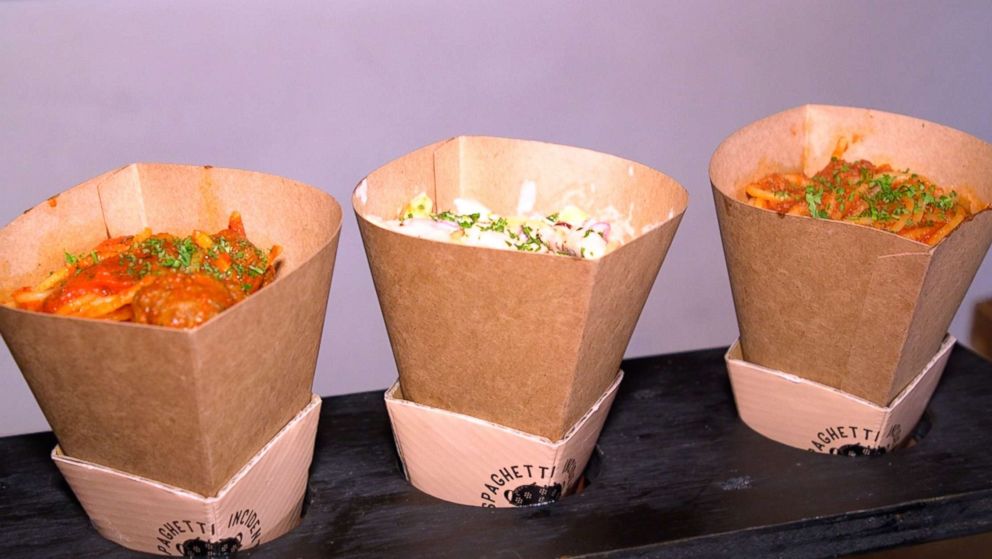 “Since the cones have been quite a success, everybody knows about us and our location,” Giovanni Gentile, co-owner of Spaghetti Incident restaurant, told “Good Morning America.” "It’s not just making good food but making a good product all around."

Gentile, who has lived in New York for 10 years, said his restaurant is heavily influenced by the cuisine in his hometown of Forli, Italy.

“We try to keep the exact recipes that we used to do in Italy. A lot of products we bring from our own country like the olive oil, salt, and tomato sauce,” he told "GMA." 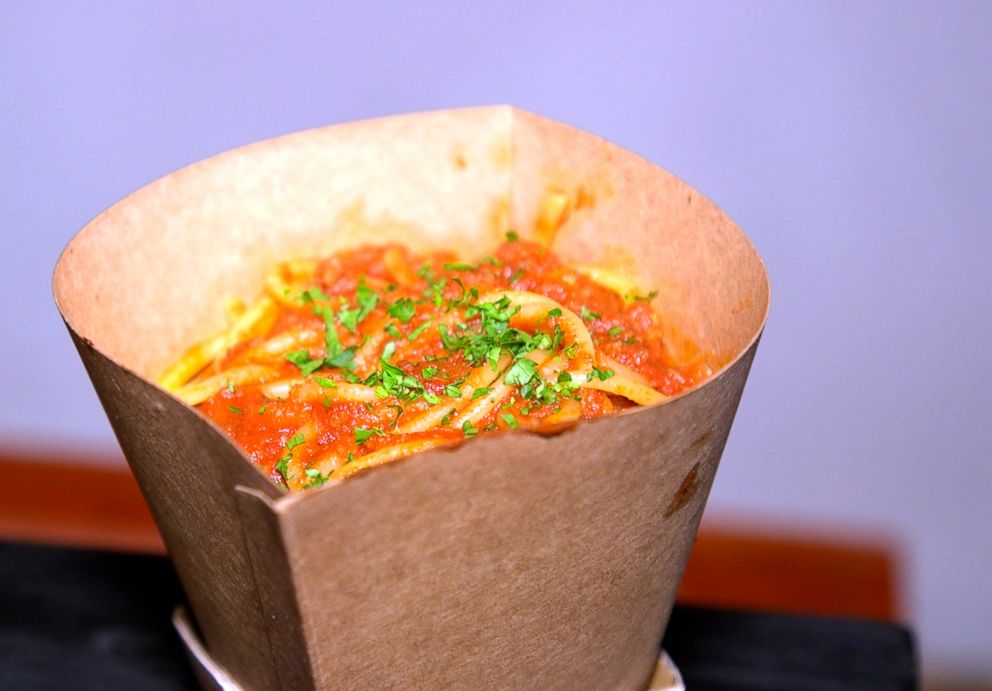 ABC News
Traditionally a messy dish, this spaghetti can be eaten while walking.

Spaghetti Incident’s spaghetti cone puts the delicious pasta in a paper cone that can be eaten with a fork while walking.

Gentile came up with the idea when he saw a need for food to eat on the go. “New Yorkers are always on the run, and there’s not so many good options if you want something on the go.”

It’s authentic Italian cuisine but now in a cone.

The restaurant's spaghetti cone is delicious as well as innovative. The spaghetti is made fresh daily right next to the restaurant.

"It can’t be fresher," Gentile said. "It’s authentic Italian cuisine but now in a cone."

It can’t be fresher. 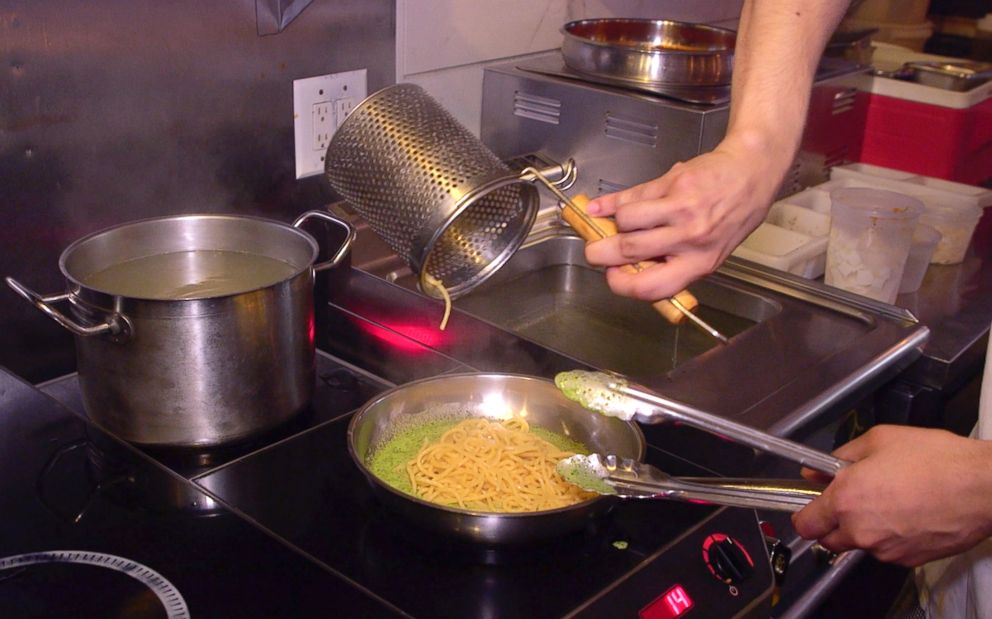 ABC News
The spaghetti is made fresh daily right next to the restaurant.

Gentile said his goal was to “bring a product that can put together these two necessities, good-quality food and quick food and something that can be easy and accessible to everybody.”

A post shared by Spaghetti Incident (@spaghettiincidentnyc) on Jun 4, 2017 at 7:19pm PDT

The restaurant also puts an updated spin on traditional dishes, such as with its kale pesto which uses kale instead of basil and walnuts instead of pine nuts.

“Each pasta has a unique flavor, a unique texture, it’s something that you’ll remember,” Gentile said. 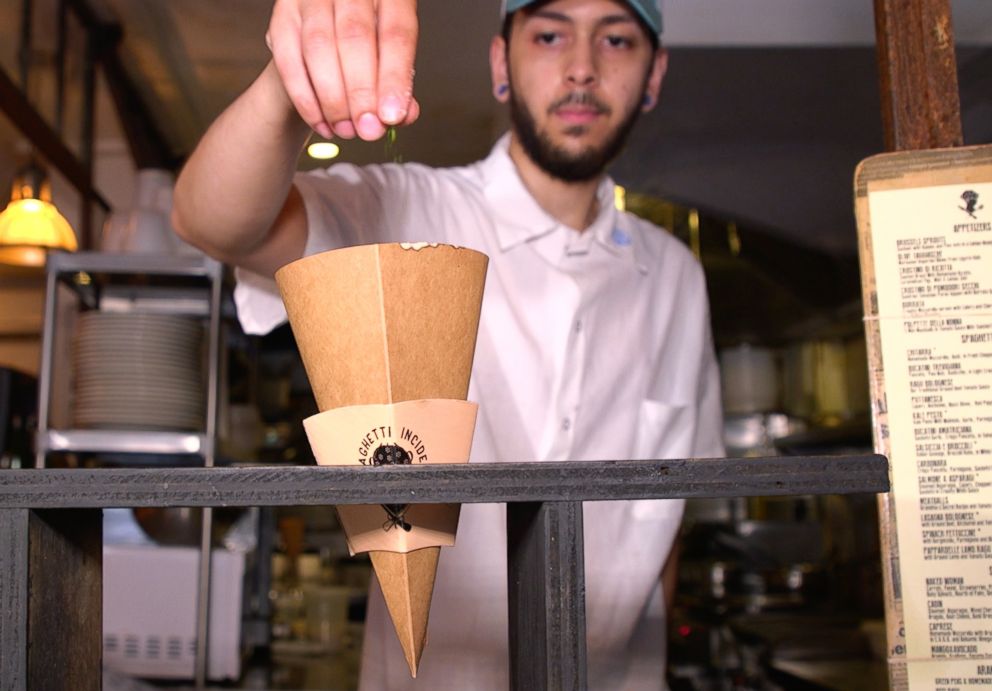 ABC News
A little garnish is added on top of the cone, treating it the same as if it was on a plate.

And if you don’t want to walk and eat, the restaurant has a sit-down option as well.