Just over six years ago, a bright-eyed Barefoot Contessa fan took a stab at cooking for the first time and used Ina Garten as the ultimate culinary inspiration and teacher.

On Sunday, when Trent Pheifer, a self-proclaimed "store-bought version of Ina Garten," whipped up her Boston Cream Pie with the iconic Food Network star herself over Zoom, the pair celebrated his biggest feat in the kitchen yet -- having completed all 1,272 of her published recipes. 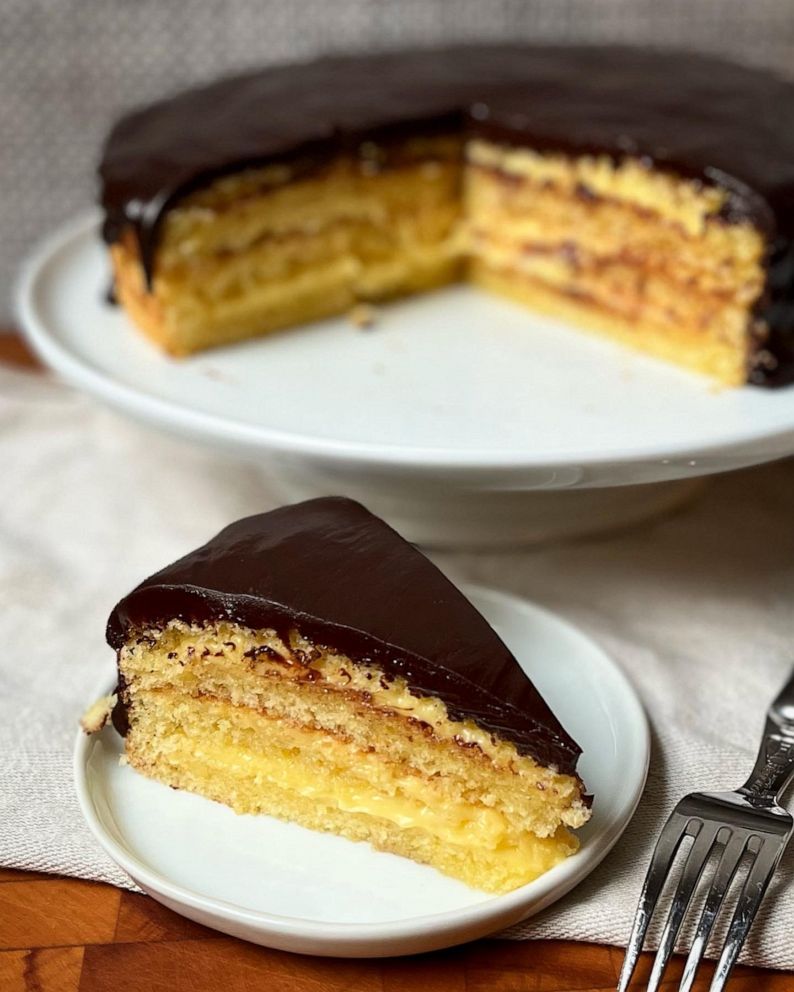 Much like the popular food blog turned star-studded film "Julie & Julia," inspired by the late, great Julia Child, Pheifer set out to learn by immersion and cook through Garten's collection of dishes from tried-and-true to sweet and savory. He borrowed one of the Barefoot Contessa's most memorable lines, "Store-bought is fine," created an Instagram account to document the journey and began cooking every recipe from her cookbooks and TV show.

"My roommate and I used to love binge-watching the 'Barefoot Contessa.' It was more aspirational viewing and wanting to be invited to her fabulous parties rather than getting in the kitchen and making her recipes," Pheifer told "Good Morning America." "Not long after, I stumbled upon Julia Child’s 'My Life in France,' which really exposed me to a new way of thinking about food and sparked a voracious fire in me to get in the kitchen and learn everything I could about cooking. At 30, I figured I was long overdue for learning how to cook."

After spending a summer trying his hand at cooking "and failing miserably and often," he found that "many the recipes I was trying hadn’t been thoroughly tested, and I lacked the skills and instincts to trust myself making changes." 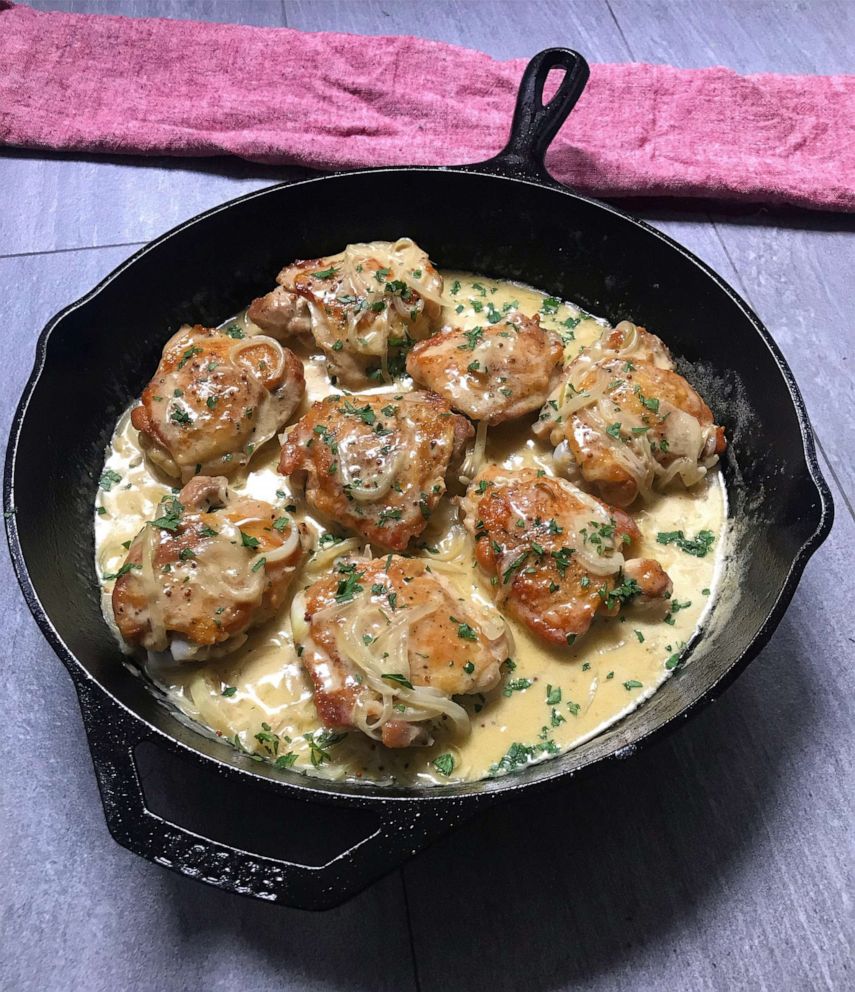 ...the one person whose recipes made sense and had never failed me were Ina’s

"I honestly thought I’d last three months before moving on, but here we are. Ina hooked me," he said of the culinary queen known for perfecting classics with quality ingredients.

Six years, five months and three days later -- outlasting his initial timeline of 800 recipes over five years thanks to her three newest cookbook additions -- Pheifer cooked the final dish of his project virtually with the East Hampton legend.

"Never in my wildest dreams could I have imagined that by the end of this project I would be recreating the last recipe with her," Pheifer said. "Throughout the project, she’s been warm, gracious, generous and kind. I think we all remember Julia Child’s reaction to 'Julie & Julia,' and Ina could not have reacted more differently."

He continued, "She is as genuine and personable as she comes across on TV. The real deal with so little ego -- something I think is so rare in the celebrity world."

Despite some initial nerves, Pheifer said Garten helped put him at ease. "She’s taught me practically everything I know about cooking, and it was such a rare opportunity to learn directly from this culinary icon I’ve looked up to for so many years. I feel like I won the lottery and could be more thankful for this memorable and magic ending to this journey." 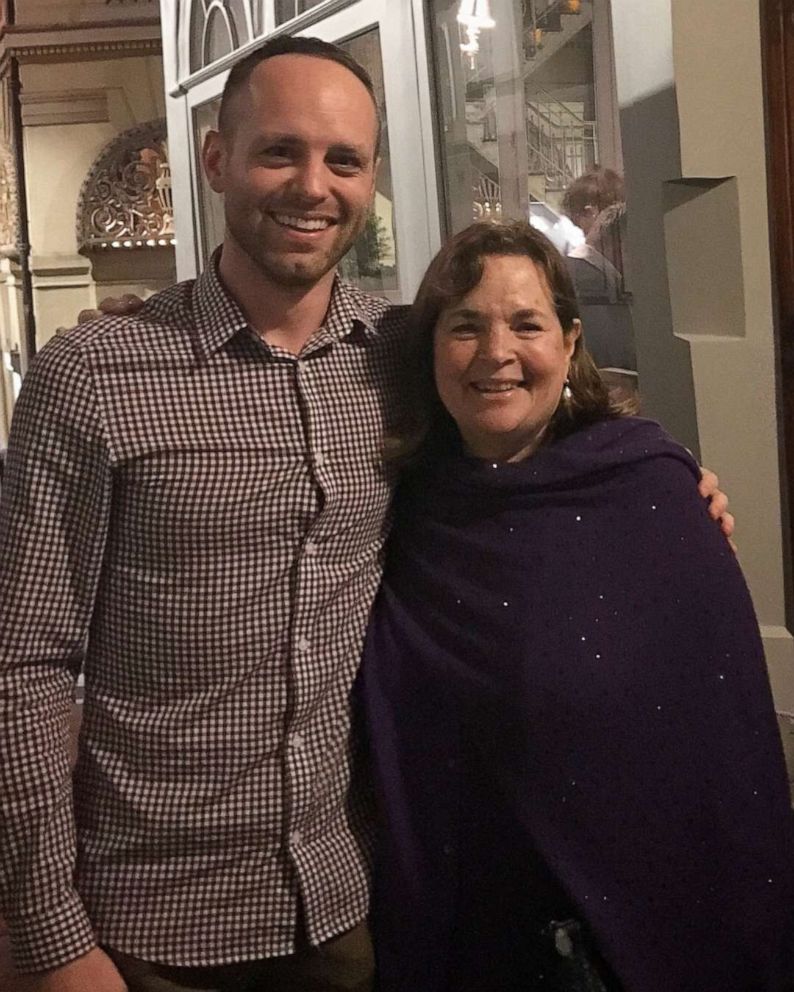 "To be very honest, the ending is extremely bittersweet. I’m so proud of what I’ve been able to accomplish. It’s been such a fun experience, and I feel so lucky to have such a phenomenal food community -- that’ve been a bright positive spot amidst the online negativity," he shared. "But there is some sadness in seeing it come to an end -- for now."

After dutifully dedicating himself to this years-long project, he said, "It’s become so much a part of my life that it’s sad to see this chapter close."

As for how he actually accomplished it, Pheifer said, "I wasn't too hung up on having a strict deadline that I adhered to."

"Over time I settled into a cadence of four recipes a week. I wanted to keep the project fun for myself and not create a new source of stress. So as Ina released new books, the timeline got extended," he explained. "If she would have released a book last week, I’d have another six months to the project." 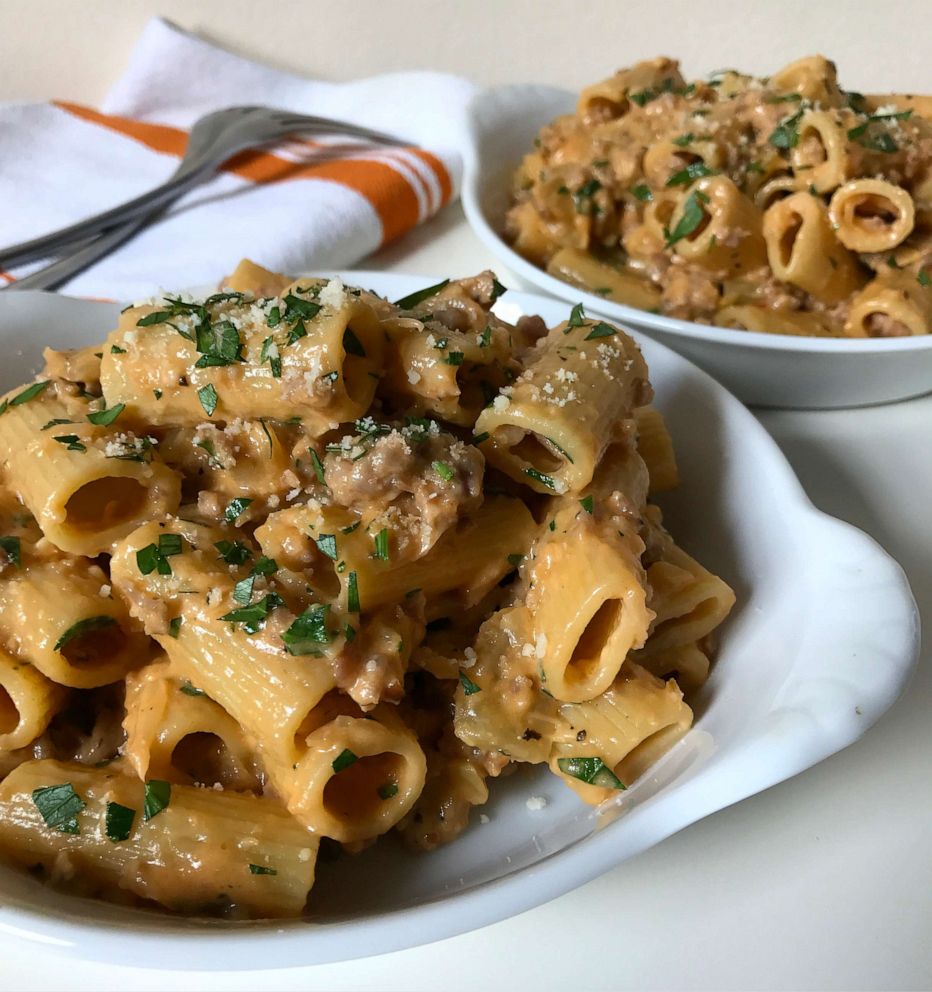 Trent Pheifer
Ina Garten's Rigatoni with Sausage and Fennel recipe made by food blogger Trent Pheifer.
MORE: Ina Garten puts these in her dishwasher, which means you can too

While Pheifer thinks he'd be "too nervous to cook for her," he ultimately landed on one of his favorites, her Rigatoni with Sausage and Fennel, as the dish he would most want to cook for her in person.

"I'd love to enjoy a big bowl of that warm, creamy, delicious pasta as we share the latest East Hampton gossip while sipping on giant cosmos, of course," he said.Some mainstays, such as her roasted chicken and beef bourguignon, were more easily accomplished than others, Pheifer admitted.

Ina was expecting me to make meringue AND stick ice cream in the oven and have it to turn out? Ludacris!

"The one recipe that I always look back on and say that my 20-year-old self would never believe I created at home is Ina’s Raspberry Baked Alaska," he said. "It was so intimidating, but Ina’s clear and concise instructions made it a cinch. She simplified the recipe by using store-bought pound cake, raspberry gelato and vanilla ice cream. And where once meringue was something I barely knew anything about, now I can practically make it with my eyes closed." 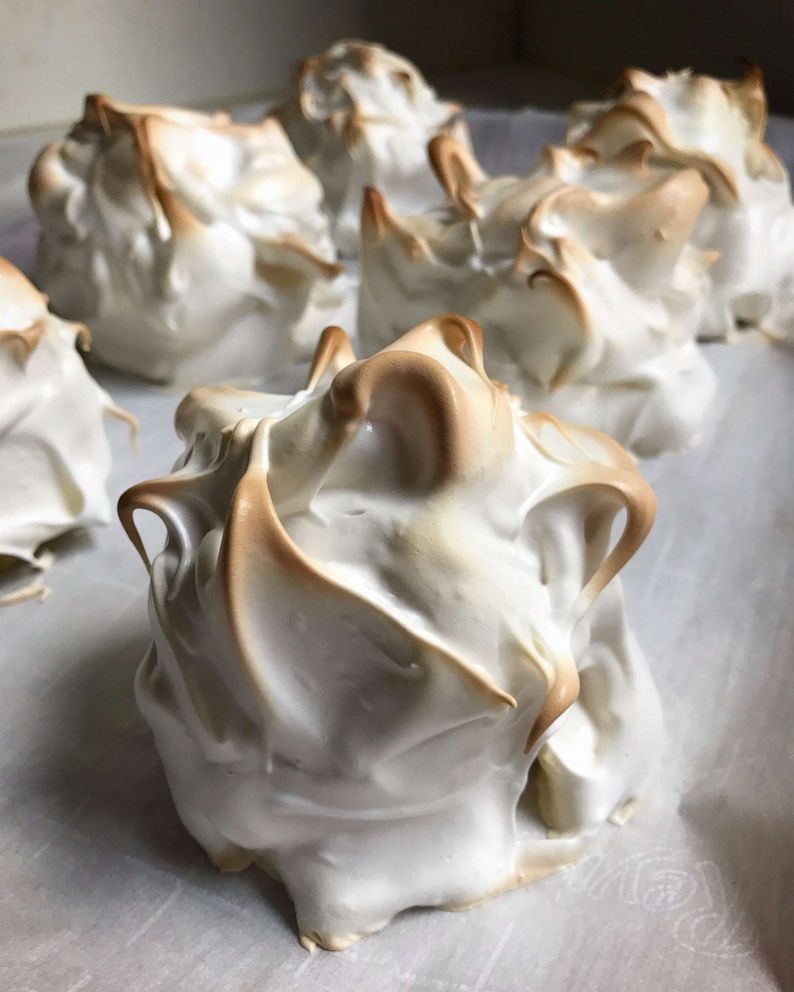 One of Pheifer's biggest tips for other home cooks came in spite of his best efforts to make everything from scratch.

"Over time I learned to truly accept Ina's adage of store-bought is fine. Why stress yourself out creating the 'perfect' meal when really it's the quality time with friends and family. As Ina says, 'no one is going to care that you spent all day in the kitchen making a dacquoise,'" he said of the layered dessert with almond and hazelnut meringue, whipped cream and a biscuit base. "Just keep things simple and delicious."

With the culmination of the Barefoot Contessa cooking project, Pheifer said he's "thrilled for this next chapter." 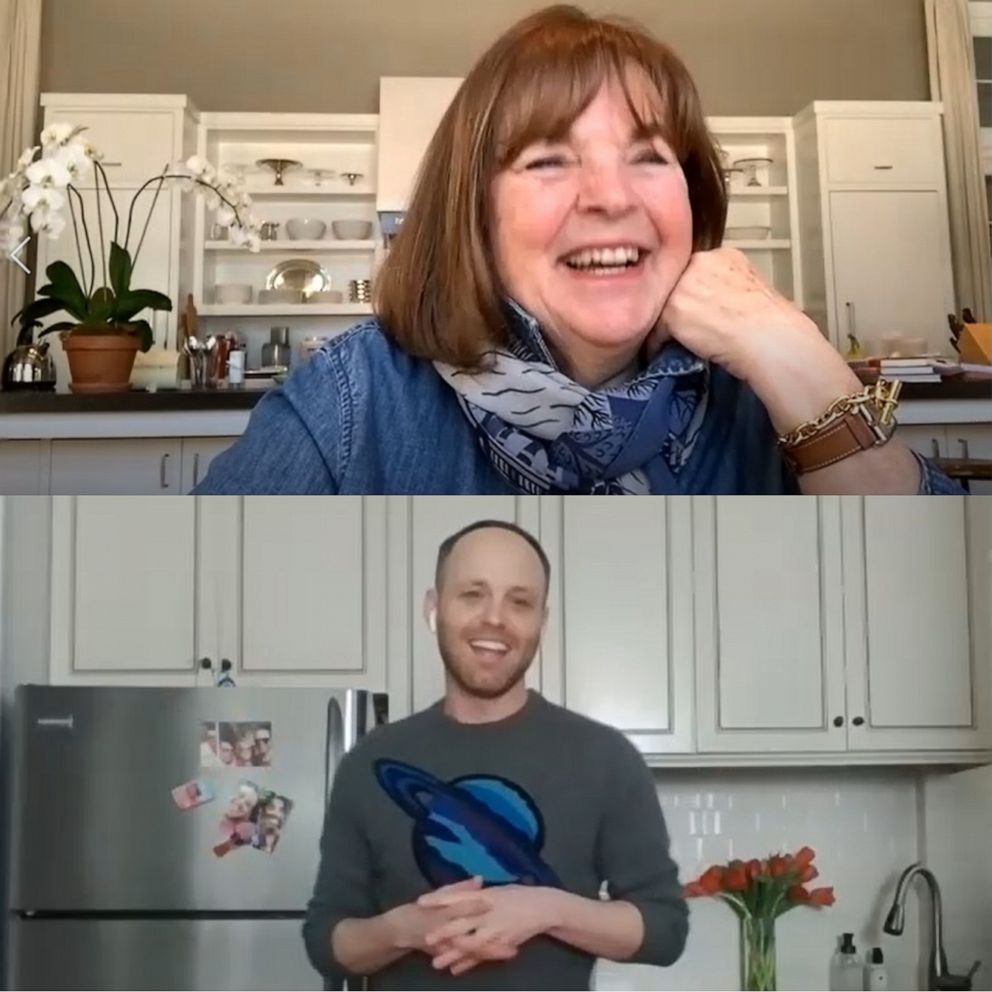 "I’ve gone from not really knowing much about cooking to dipping my toes into recipe development. I’m excited to have a little more time to dedicate to that. The dream would be to write a cookbook down the line, but I’ve got to put in the work and figure out my flavors and what story I want to tell with my recipes," he said.

Pheifer has "plenty of plans from lists and rankings of Ina’s recipes to sharing all the other recipes I’m trying."

He also plans to feature a cookbook of the month and share up to 10 recipes from some of his other favorite cookbooks outside of Garten's, such as Hawa Hassan’s "In Bibi’s Kitchen" next month.

"And of course, I’ll be counting down to October when Ina releases her next cookbook, which I will 100% be cooking through," he said. "I started this having no clue where it might lead, and it’s been one magical adventure, so I can’t wait to see what surprises the next chapter has in store."