Asian American communities have experienced a rise in hate incidents since the start of the coronavirus pandemic and with a resurgence in reports of racist behavior, restaurants, food industry professionals and policy leaders are sending a resounding message: "Stop Asian Hate."

Some restaurant owners have gone to great lengths to protect their workers. Jason Wang changed his operating hours to ensure a safe commute home for his cooks and staff who could potentially be targeted.

"We had decided to close earlier than restaurants usually do because employees' safety had always been a top priority for us," the Xian Famous Foods CEO told "Good Morning America." "We closed on Sundays and at 8:30 p.m. to avoid employees from getting home too late while people are still out and about."

Despite a "detrimental" loss in sales, Wang said "money can be regained."

"We have a significant number of Asian employees, and even during the early days of the pandemic in 2020, there were incidents of hate crimes circulating, before this recent wave," he said.

The CEO and owner said "multiple employees" of Xian Famous Foods "suffered attacks, all of whom were Asian." Two notable incidents happened in the subway, one in the early morning hours before work and another right after work in the evening and "both attacks were unprovoked," he said.

The fact of it is, people are reluctant to speak up about it ... it's a traumatizing experience 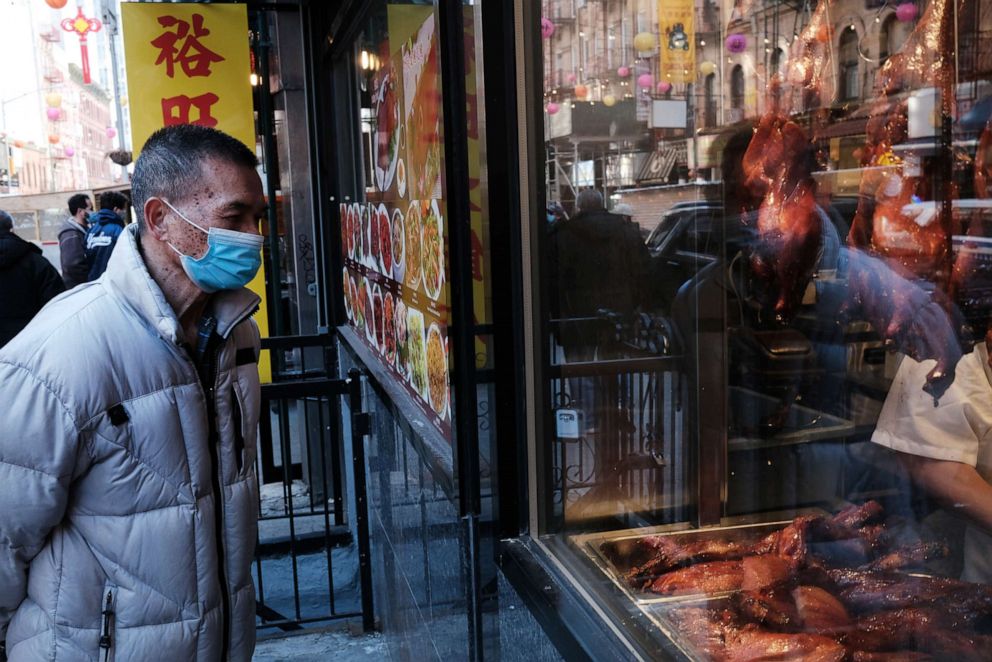 Spencer Platt/Getty Images
People walk through the streets of Chinatown on March 02, 2021, in New York.

As a small business owner, Wang's plate has been full, putting out other daily fires relative to the pandemic and he hasn't had a chance to speak to others in the Asian restaurant community about the new incidents.

"I'm sure they are all impacted in some way, but the fact of it is, people are reluctant to speak up about it because we don't want to make the victims feel like they are being spotlighted in any way," he explained. "It's a traumatizing experience."

Fellow Asian American chef and restaurant owner Leah Cohen responded to the recent acts of hate in New York and elsewhere, telling "GMA" that it "is incredibly disheartening and exhausting to hear and see."

"My mother and family have been taking extra precautions," she said. "We have had many discussions about what is happening and how to ensure her safety, something I never thought we would have to address." 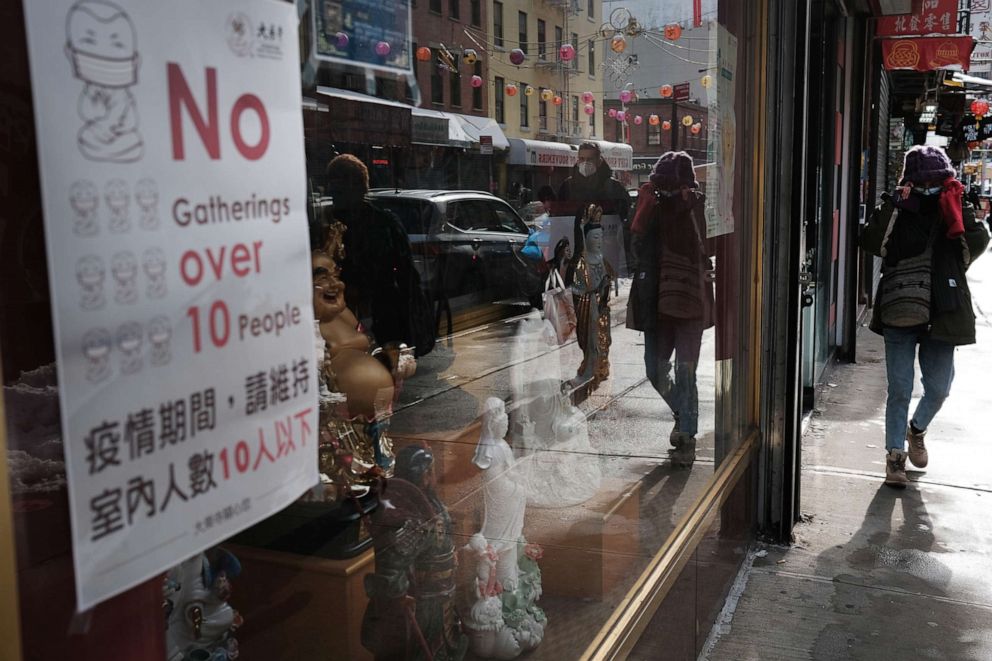 Spencer Platt/Getty Images
People walk through Chinatown on the eve of the Lunar New Year holiday on Feb. 11, 2021, in New York.

Cohen said they have been "very fortunate to have not experienced any issues at our restaurants [Pig and Khao and Piggyback Bar] beyond COVID restrictions and safety measures." She added, "We know we are fortunate in this regard and hope for the same for all of our colleagues in the industry."

In addition to calling on bystanders to help a victim in need, Wang said his concrete call to action is "strengthening the police patrol and action to deter these violent attacks."

Wang emphasized his hope that "people realize this is affecting people and businesses they care about, not just someone they don't know."

Virtual platforms turn up the volume on community support

On Wednesday, heavy hitters in the Los Angeles food community came together for a star-studded conversation on Clubhouse that raised money for Asian American Pacific Islander-owned restaurants.

Crystal Coser, an LA-based caterer and former associate editor for Eater, co-moderated the room that raised nearly $50,000 for the AAPI community and Off Their Plate, a nonprofit focused on food justice solutions.

As the daughter of a poor immigrant mother from South Korea, Coser told "Good Morning America that "seeing all these hate crimes against our community -- it's really horrific -- my mom can't even watch the videos. It's so hard to see because it just looks like your grandparents. It's hard to talk about."

It's so moving that it's becoming normalized to have open conversations

Coser's grandmother moved to the U.S. alone, unable to speak English, and opened a steamed bun and burger stand in Long Beach, California, just to make ends meet. All roads for Coser led to the food and hospitality industry. "It's in my DNA," she said.

Coser and her longtime friend, food writer Andy Wang, recently reconnected on Clubhouse to start a weekly discussion called LA Food Gang. The two have used their platform to advocate for the Asian food community.

"We've seen how much particularly Asian restaurants have struggled during the pandemic," Coser said. "We were raising awareness, but I wanted to do something more and I have been working with Off Their Plate through my restaurant in the South Bay. We've served over 5,000 meals to hospitals and soup kitchens." 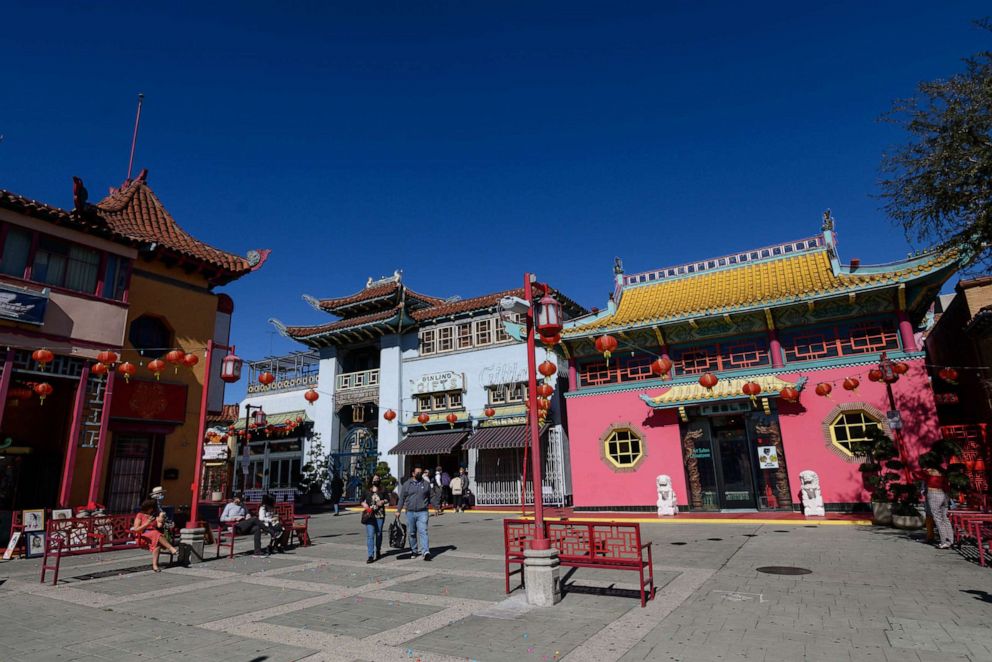 Emma McIntyre/Getty Images
A view of Chinatown in Los Angeles, is shown on Feb. 12, 2021, as Lunar New Year, also known as the Chinese New Year begins today and will conclude the Year of the Rat and begin the Year of the Ox.

"I'm so appreciative for Stop Asian Hate support that's happening right now on social media," she said. "The Asian culture is a lot about keeping to yourself and internalizing struggles. Being able to push the conversation forward is something I've never seen before. It's so moving that it's becoming normalized to have open conversations."

The racism spread more rapidly than the virus itself

"The fears are absolutely real and we saw that in the beginning last February," Kulkarni told "GMA." "The racism spread more rapidly than the virus itself."

"Asian restaurants saw a real drop off after COVID began to take hold in our nation, so efforts to provide support to our restaurants are so important and key in cultural transmission," she said. "Whatever efforts we can take and certainly that the restaurants can take to protect their safety is important." 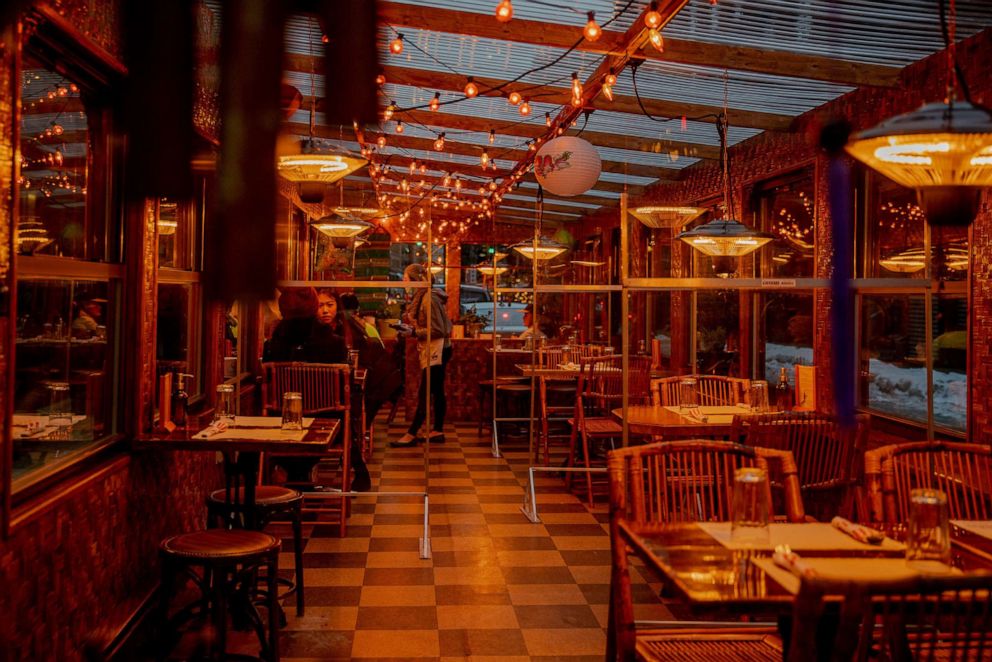 Amir Hamja/Bloomberg via Getty Images
People eat in the outdoor section of a restaurant in the Chinatown neighborhood of New York, on Feb. 12, 2021.

She also encouraged better public education through poster campaigns, which she said are "helpful in this effort as we look at policy solutions."

"We encourage folks to put up signs in restaurants," she explained, suggesting messages like: "Hate will not be tolerated here."

"I think that can be a really positive step that all restaurants can take and for ones that aren't Asian American to show solidarity. The ones that are [Asian] run, it lets people know if you're coming into this space you need to respect us and our community," she said.

From March to December 2020, Kulkarni said their group logged over 2,800 anti-Asian incidents across all 50 states and Washington, D.C. 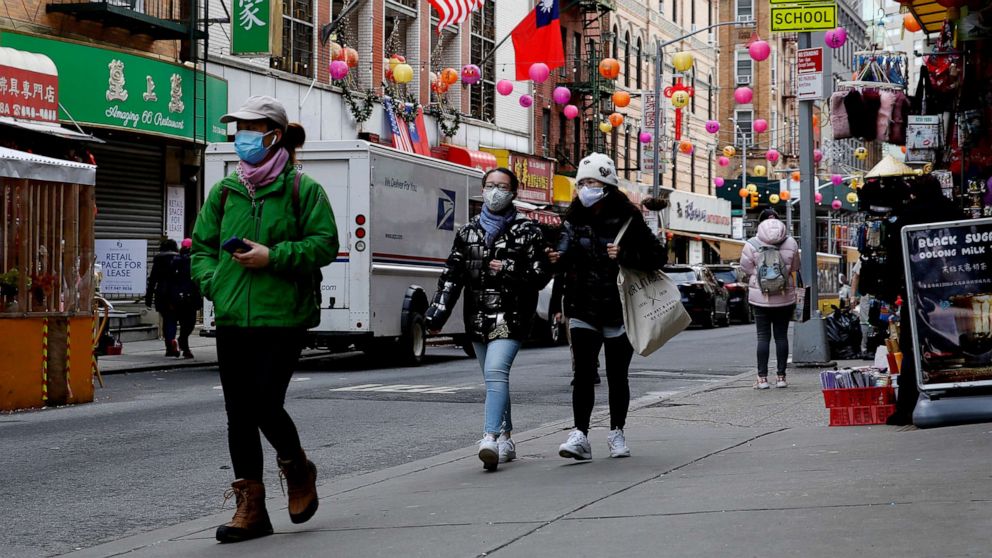 View Press via Getty Images
People walk through the streets of Chinatown on March 01, 2021, in New York.

"It's not clear when you look at any particular incident what the exact motives are, but we see that there is this overall pattern," she said. "Community members are feeling really fearful nervous about their own safety and especially elders in the community."

Forty percent of the hate incidents Kulkarni has seen reported in Asian communities have happened at businesses -- from refusing service to Asian customers to making derogatory remarks and vandalism targeting Asian businesses.

"The vast majority are hate incidents and they're not hate crimes," she said of the reports. "We are looking towards solutions that bolster civil rights protections on the federal level, opportunities to better understand and address issues at the state level."