By Catherine Thorbecke, Lesley Hauler
Share —
Sign up for our newsletters to get GMA delivered to your inbox every morning!

A New York City restaurant is celebrating the melting pot of cultures in the city through food by bringing in grandmothers from diverse backgrounds every day to create the food of their homelands for the community.

Nestled on a Staten Island hillside, Enoteca Maria opened just over 11 years ago by Brooklyn native and owner Jody Scaravella.

"The original idea was grandmothers from Italy because I'm Italian and it was a patch on all the matriarchal figures that I lost in my life," Scaravella said. "But about eight years ago we decided to feature every culture and every grandmother."

Currently, Scaravella said that they have two grandmothers creating a new menu in the kitchen every day. 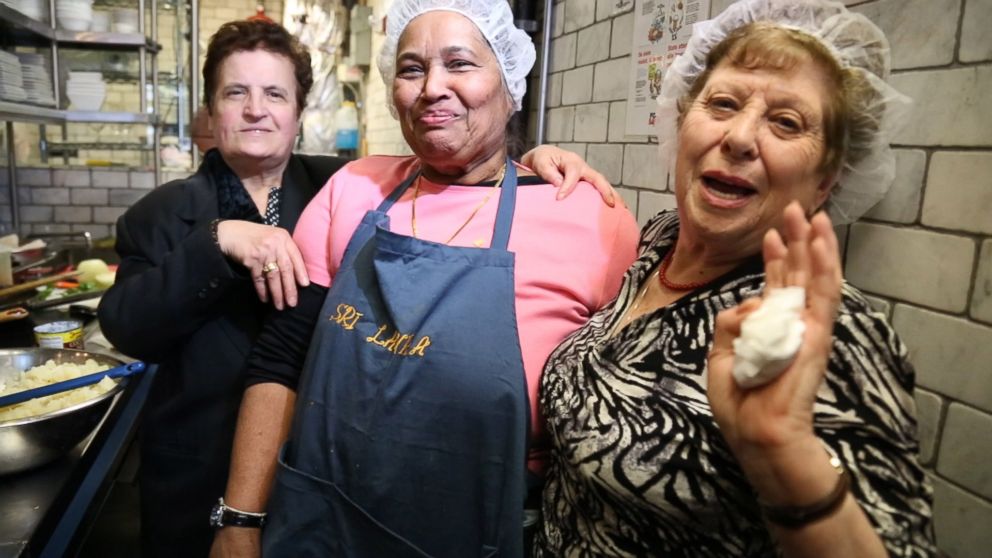 GMA
From left to right, Ploumitsa Zimnis, May "Dolly" Joseph and Maria Giannella, cook together in the kitchen of Enoteca Maria restaurant in New York City.

"One is always Italian, the other grandmother is from another part of the world," he said. "Today it's Sri Lanka, last week we had Palestine, we had the Ukraine, we had Siberia."

Scaravella, 62, said that he believes that at a time like this "representing different cultures every day is very important."

By eating different cultures' foods, you are breaking down barriers and "you get to meet the people," he added.

"Music, art and food takes you across those borders comfortably," he said. "And I'm very proud of what we're doing."

The response from the community has been extremely positive, according to Scaravella. 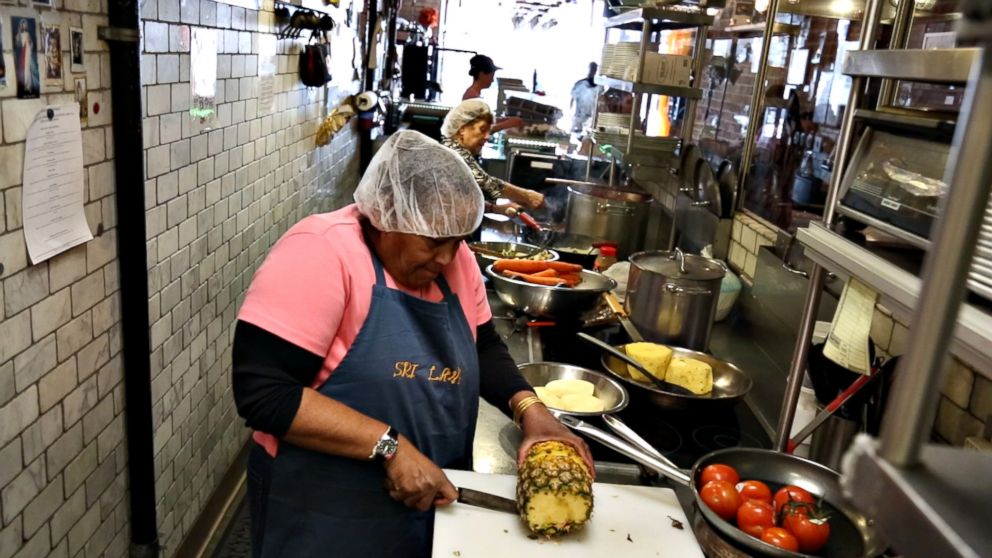 "Whenever people come to the restaurant to dine, it's very typical to hear conversations at that table, where they're talking about their mothers or their grandmothers," Scaravella said. "It really evokes that type of an atmosphere, with a nonna in the kitchen."

"In my opinion, it's very beautiful," he added.

While the grandmothers, who regardless of their background take on the label "nonna," the Italian moniker for grandmother, all come to work for different reasons, Scaravella said a theme he has noticed among them is that many "recently lost their spouses, so their children brought them here to give them something to do."

"I relate to that a lot because I remember when my father died, and I was desperately seeking a way to occupy my mother," he said. "She was in the house and she was grieving." 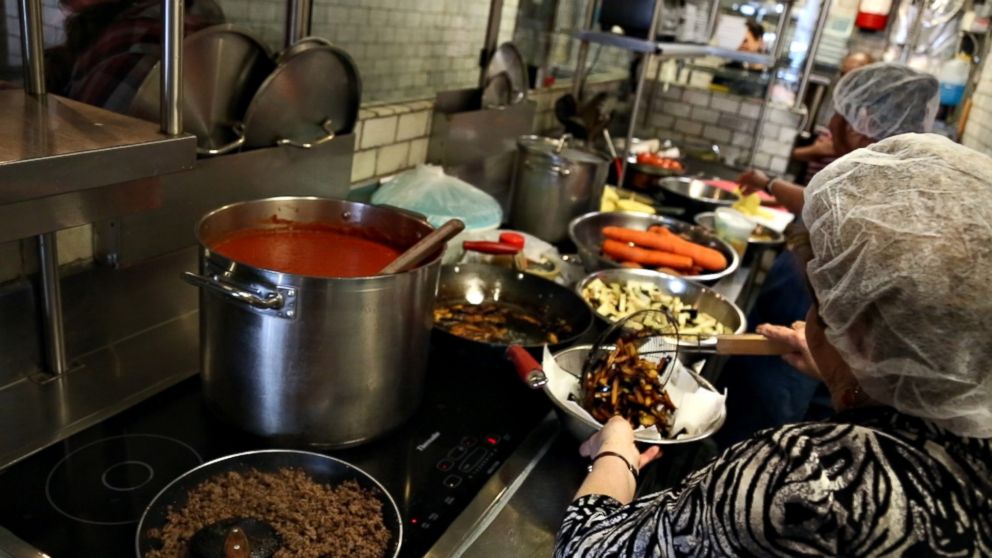 "It's one on one with the nonna of the day," he said. "The only catch is that you cannot choose the culture that you cook with."

Suzie Ziegler, a San Francisco native who now lives in Staten Island, said she originally came to Enoteca Maria "as a customer."

"I fell in love with the restaurant, the grandmothers, the food," she added. "And I wanted to be a part of it."

On top of her own full-time job, Ziegler has now worked as a waitress at Enoteca Maria part time for two years.

"I come here every Thursday, I work the lunch shift," she said. "It fulfills that part of my life that I miss being so far away from my home.

"I love the nonnas. Both of my grandmothers have passed away, and my mom is on the other coast, so coming here gives me a little sense of that home." 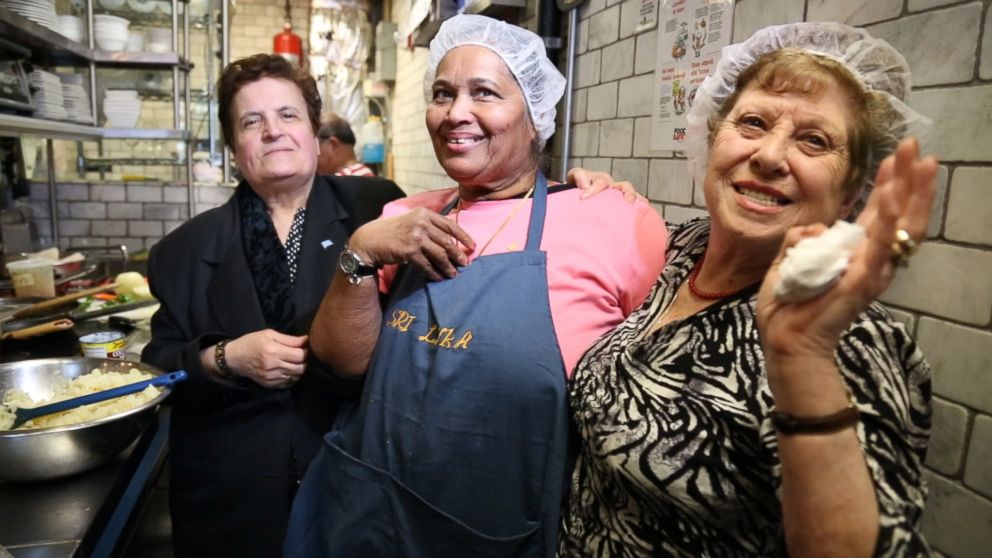 GMA
From left to right, Ploumitsa Zimnis, May "Dolly" Joseph and Maria Giannella, cook together in the kitchen of Enoteca Maria restaurant in New York City.

Maria Giannella, a nonna from Naples, Italy, said that she has been working at Enoteca Maria for more than two years.

She said she learned how to cook from her own grandmother, and now especially enjoys cooking for her grandchildren. 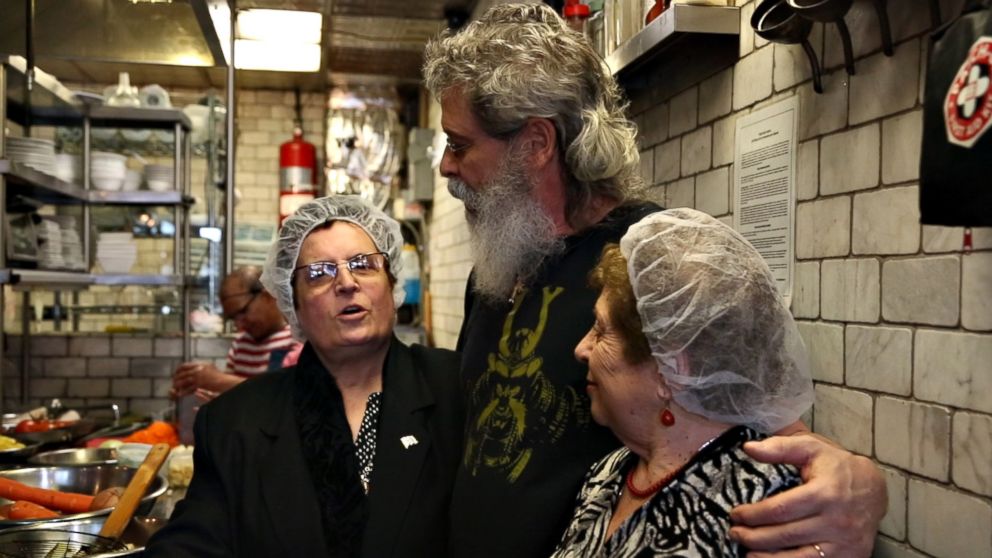 Another nonna, May "Dolly" Joseph, a native of Sri Lanka, also said she learned how to cook from watching her mother and grandmother.

She has now been working as a "nonna" at Enoteca Maria for the past year and a half, and said that cooking is her passion.

"That is something I love," she said. "However tired I am, if someone asks me to cook, I'll do it."

In addition, she said she also loves how she is able to "meet different people" at the restaurant.

She said she brings all of her cooking utensils in herself, which she purchased in Sri Lanka. 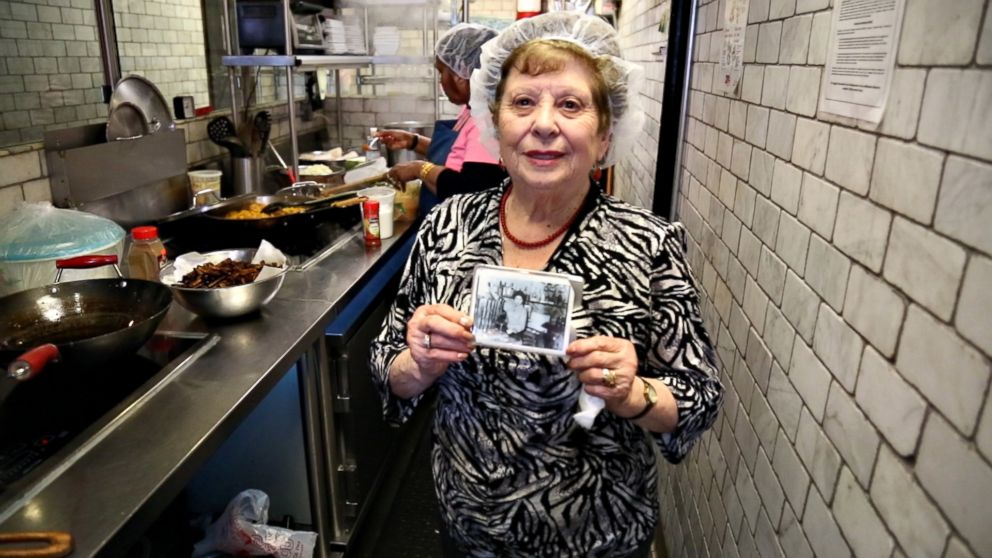 Ploumitsa Zimnis, 73, from Greece, said that she started working as a nonna at Enoteca Maria in September 2016, shortly after her husband died.

Zimnis said that her daughter found Enoteca Maria online and took her in to interview after watching her "cry" and not leave the house.

"After I found this ... for me, I'm happy. Very happy," Zimnis said. "Because all people are so good. The ladies are like sisters all together."

After serving her first meal, Zimnis said, "A lot of people here came and they hugged me and took pictures with me and they kissed me." 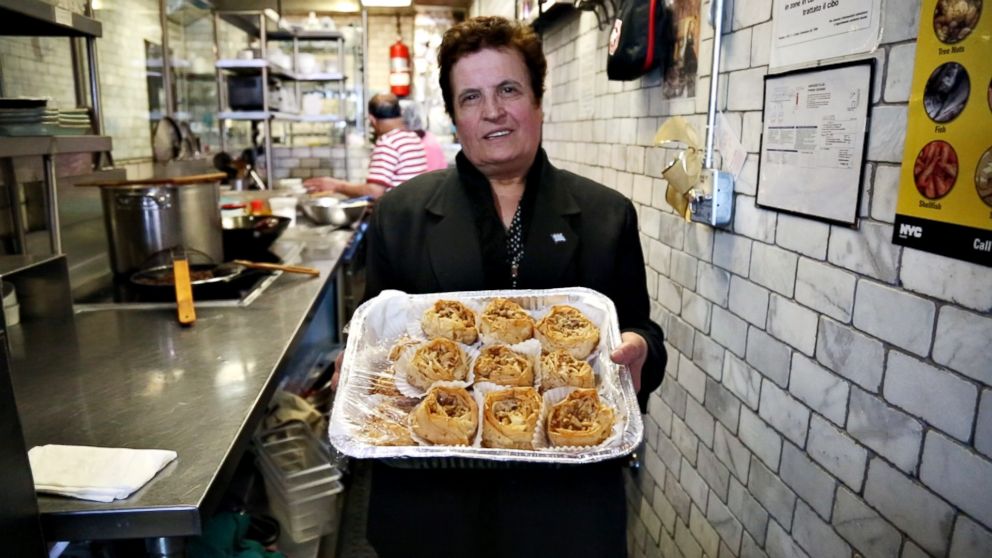 GMA
Ploumitsa Zimnis is photographed in the kitchen of Enoteca Maria restaurant in New York City.