For anyone whose royal wedding invite got lost in the mail, there's still a way in. Well, maybe not for the ceremony but certainly when it comes to getting a taste of some of the delicious food and drinks inspired by Prince Harry and Meghan Markle's wedding celebration!

A few companies have released their royal wedding inspired products. Check out the ever-growing list for a taste of royal-tea.

Sprinkle’s Cupcakes is offering a sweet and simple rendition of Prince Harry and Meghan Markle’s royal wedding cake that will be sold on their big day!

The cupcakes, which are fit for a royal, are $4 and available in-store and online.

The tea purveyor debuted their "Royal Wedding Tea" just in time for the couple's nuptials. The white tea blend is complete with pink rosebuds and comes in a dainty yellow tin with white and pink details. 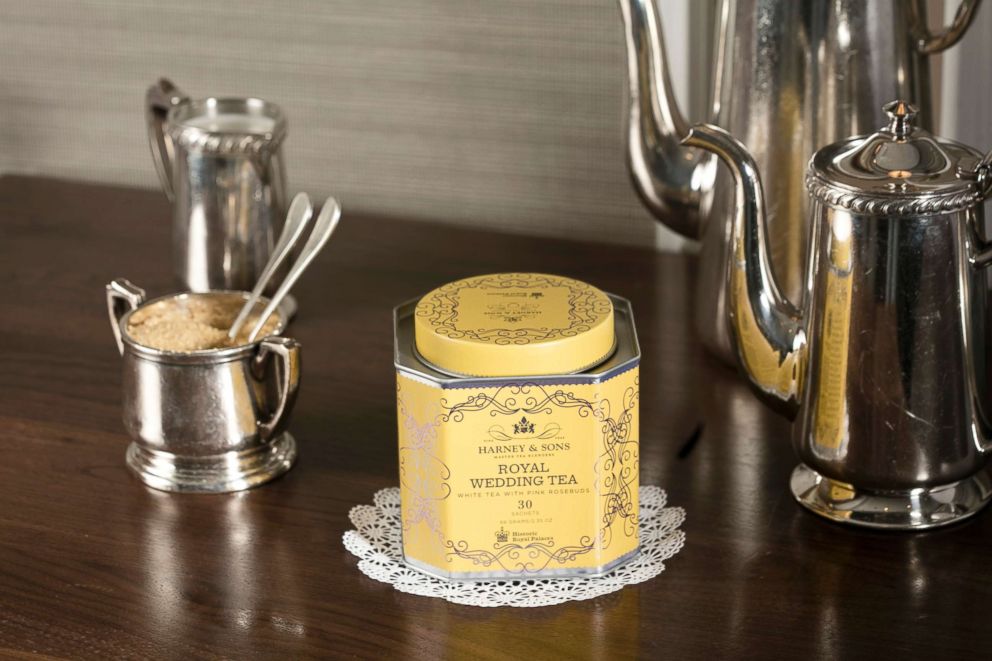 "To join the celebration we have brought back this delicious, royal blend of white tea, almond, coconut and vanilla. It's the perfect cup of tea to make you feel like you're a guest on their special day," marketing director Emeric Harney told ABC News of the exclusive flavor. Harney and Sons could not confirm whether the tea will be served at the royal wedding.

The tea is available on the company's website and Amazon.

What could be sweeter than watching one of the most beloved royal couples tie the knot? How about a giant chocolate chip cookie in honor of Prince Harry and Meghan Markle. 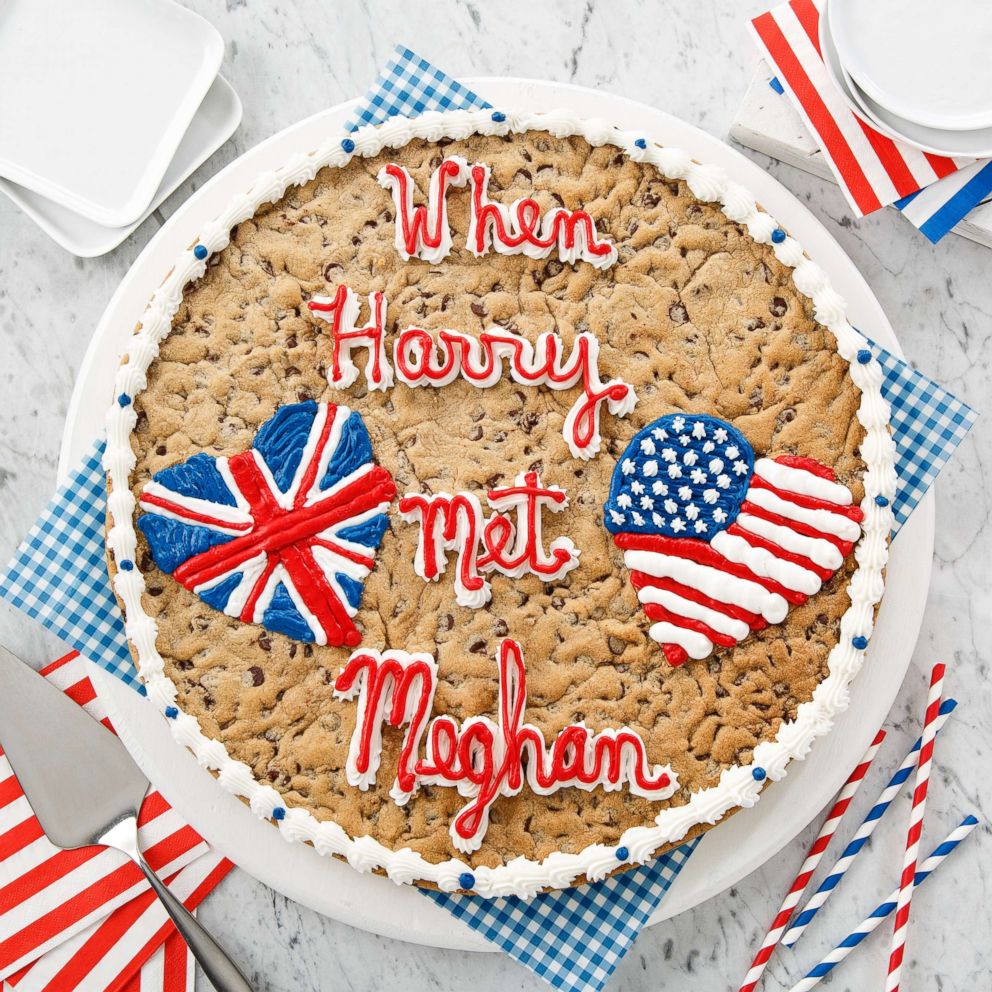 Mrs. Fields has created a special version of its classic treat with red and white royal icing that reads “When Harry met Meghan” and red, white and blue frosting hearts decorated like the British and American flags.

The Brooklyn-based ice cream shop announced its winning customer creation, "God Save the Cream,” as its official royal wedding flavor. 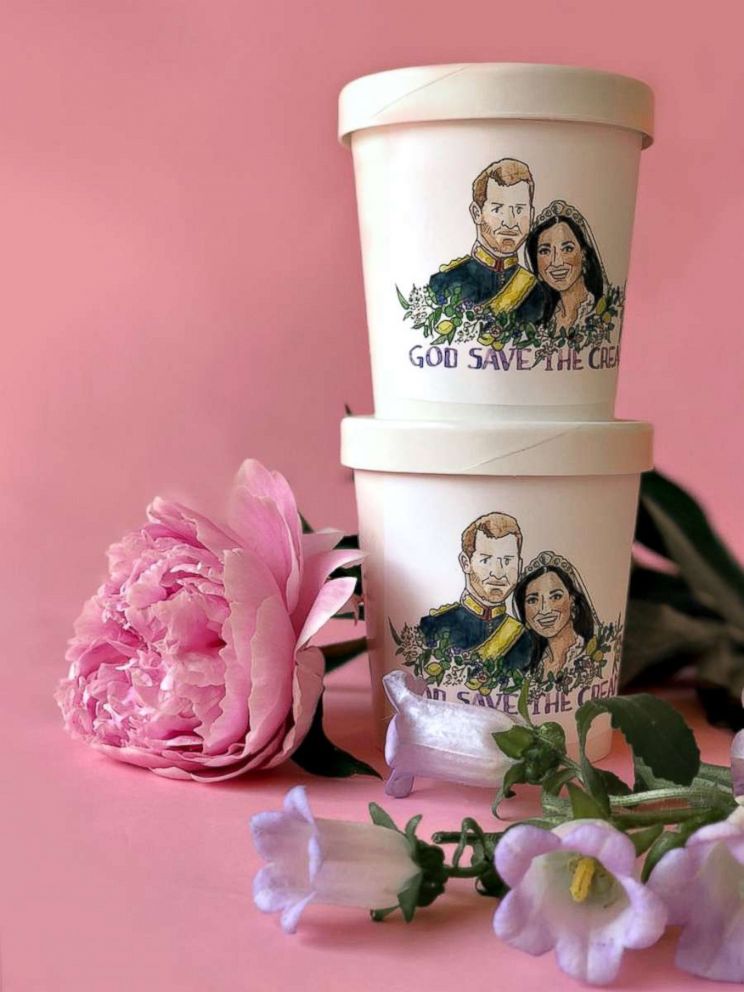 It’s made with lemon ginger ice cream, pieces of elderflower cake and buttercream frosting – just like the actual cake that will be served to wedding guests.

The sweet treat is available at all NYC Ample Hills shops and pints of it can be shipped nationwide.

The specialty brew is made by Windsor and Eton brewery, using barley grown locally on the Royal Farms, located outside the Queen's Windsor Castle home where Harry and Markle will tie the knot.

"We use a special blend of British hops called Invicta in recognition of Prince Harry’s role in creating the Invictus Games, with some great American West Coast hops and champagne yeast as a finishing touch," the company wrote in its description of the pale ale. "Marrying these ingredients creates a new pale ale that is young, fresh and full of character."

Co-founder Will Calvert said they chose an interlocking windsor knot design for the label "to reflect the strength and support [Harry and Meghan] give each other."

The beer costs approximately $3.20 USD a bottle and is available for international purchase through Ales by Mail.

Dunkin’ Donuts cooked up a “Royal Love Donut” just in time for Harry and Meghan’s nuptials.

First comes love, then comes marriage, then comes a #RoyalLoveDonut in a Dunkin' carriage. #RoyalWedding (avail now through 5/20!) pic.twitter.com/HpAzNV3srA

The heart-shaped yeast donut is filled with jelly and topped with chocolate icing and a strawberry drizzle. It will be available from May 14 through May 20 at all participating locations nationwide.

“The Royal Wedding represents optimism, happiness and joy, and thus is a perfect opportunity for our brand to celebrate. We hope all donut lovers, royalty or not, will enjoy the new Royal Love,” the company said in a statement. 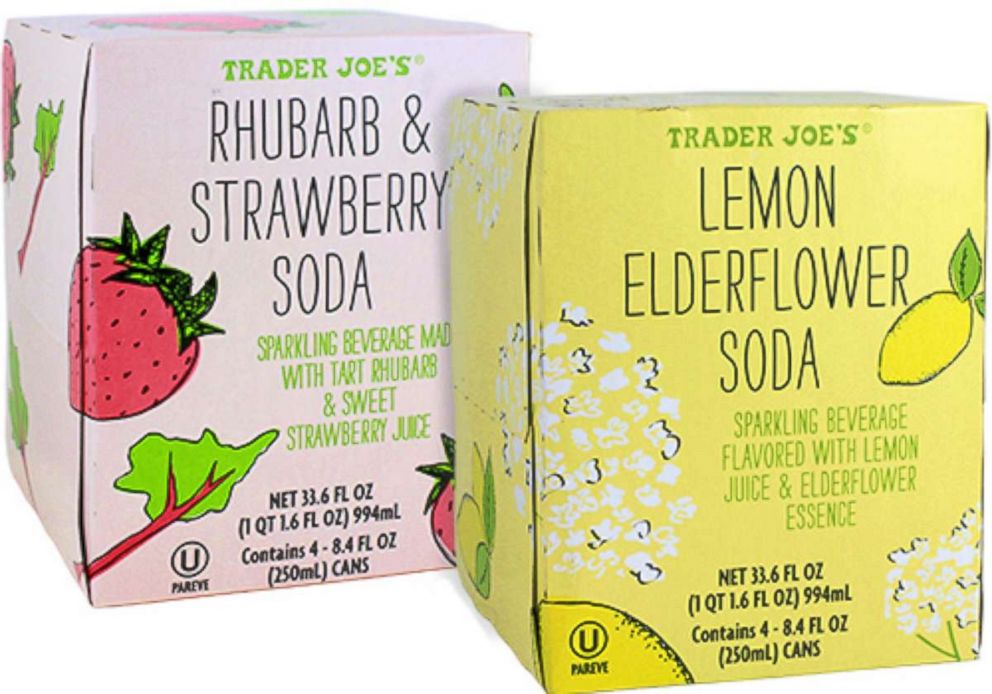 In case you haven't heard Harry and Meghan will be serving a spring inspired lemon and elderflower wedding cake. These light and refreshing sparkling soda's will emulate their favorite royal flavors.

If you're in Washington D.C. between May 4 - May 20 grab a drink and celebrate the Royal wedding at the Royal Pop-Up Bar.

According to Drink Company, the team behind other well known pop-up experiences, the space will recreate the interior of St. George's Chapel complete with herldic flags, faux stained-glass accents and offer specialty drinks.

The bar will serve 11 cocktails inspired by the royal family and springtime in England, some of which will be presented inside a souveneir crown.
Roast a Royal "Engagement Chicken" Prince Harry and Meghan Markle revealed they were "roasting a chicken" together at their cottage when he popped the question to the former "Suits" actress.

That small detail from their special evening caused speculation about the famous myth of the "engagement chicken," a recipe that promises to help get the cook engaged.

While it's not clear whether they made the Glamour magazine editor's famous "engagement chicken" recipe or another roast chicken from "The Barefoot Contessa" Ina Garten, it's a classic dish that's now synonymous with the soon to be wed royal couple.