Wendy's is removing the romaine lettuce it uses in some of its sandwiches as the Centers for Disease Control and Prevention investigates an E. coli outbreak that has sickened dozens of people.

While a specific food has not been confirmed as the source of the outbreak, the CDC reported that multiple people reported getting sick after eating sandwiches with romaine lettuce from Wendy's restaurants in Michigan, Ohio and Pennsylvania.

"Based on this information, Wendy's is taking the precautionary measure of removing the romaine lettuce being used in sandwiches from restaurants in that region," the CDC said in a statement Friday. 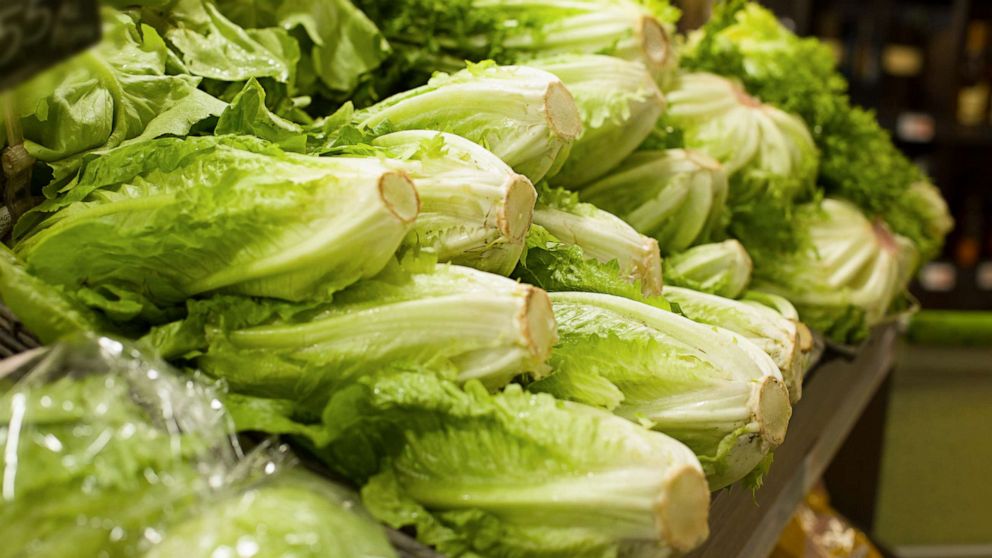 Natissima/iStockphoto via Getty Images
Romaine lettuce is displayed at a store in a stock photo.

While there are hundreds of varieties of E. coli, most people infected with Shiga toxin-producing E. coli can experience severe stomach cramps, diarrhea (often bloody), and vomiting, according to the CDC.

Symptoms usually present within four days after consuming the bacteria and most will recover without treatment within five to seven days. In severe cases, some people can develop a type of kidney failure and require hospitalization.

The CDC advised people to contact their health care provider immediately if they have any severe E. coli symptoms. Officials also instructed anyone experiencing symptoms to assist public health officials by recording what they ate in the week before they got sick and reporting their illness to a local or state health department.

Wendy's confirmed it uses a different type of romaine lettuce for salads and has not yet pulled those menu items.

In a statement on its website Friday, Wendy's confirmed that it was "fully cooperating with public health authorities on their ongoing investigation of the regional E. coli outbreak reported in certain midwestern states," adding that it was "taking the precaution of discarding and replacing the sandwich lettuce at some restaurants in that region."

"The lettuce that we use in our salads is different, and is not affected by this action. As a company, we are committed to upholding our high standards of food safety and quality," the statement read.

Dr. Darin Detwiler, a professor of food policy and corporate social responsibility at Northeastern University, told "Good Morning America" that "lettuce has a long history of being a 'culprit food' with E.coli."

"Foodborne pathogens do not discriminate. Even the mightiest and the most well-meaning and food safety-focused brands are susceptible to the challenges and failures that are found every year in food safety," Detwiler explained. "Nobody cooks a salad. Lettuce of any kind is not cooked, thus it has no 'Kill Step' to eliminate any harm from pathogens."

Detwiler, who lost his own 16-month-old son Riley to E. coli in 1993 after a multi-state outbreak "resulting from consumption of hamburgers" according to the CDC, has a doctorate in law and policy and a master's in education, and has also served on the Department of Agriculture's National Advisory Board. He currently chairs the National Environmental Health Association's Food Safety Program.

The food policy expert and author explained that "much of lettuce is still in transition in terms of regulatory compliance with the [Food and Drug Administration's] Food Safety Modernization Act's produce safety rule," which former President Barack Obama signed into law in 2011 and aims to prevent foodborne illness rather than respond to it.

"Many illnesses and those infamous recalls -- think Thanksgiving 2017, 2018, 2019 -- have been tied to lettuce production's seasonal transition from Yuma, Arizona to the California central coast region," he said. "Importers of romaine lettuce and/or salad mixes containing romaine lettuce from the U.S. must declare that the product does not originate from counties of Santa Cruz, Santa Clara, San Benito and Monterey in the Salinas Valley, California, U.S., or prove -- through testing results -- that the romaine lettuce does not contain detectable levels of E. coli O157:H7."

He also noted that "Wendy's leadership has seen outbreaks like this before" and "provided a presence at food safety industry events."

At the time of publication the CDC said it had not advised any businesses, including Wendy's, to stop selling or serving food.

Additionally, the CDC said there was "no evidence to indicate that romaine lettuce sold in grocery stores, served in other restaurants, or in people’s homes is linked to this outbreak."