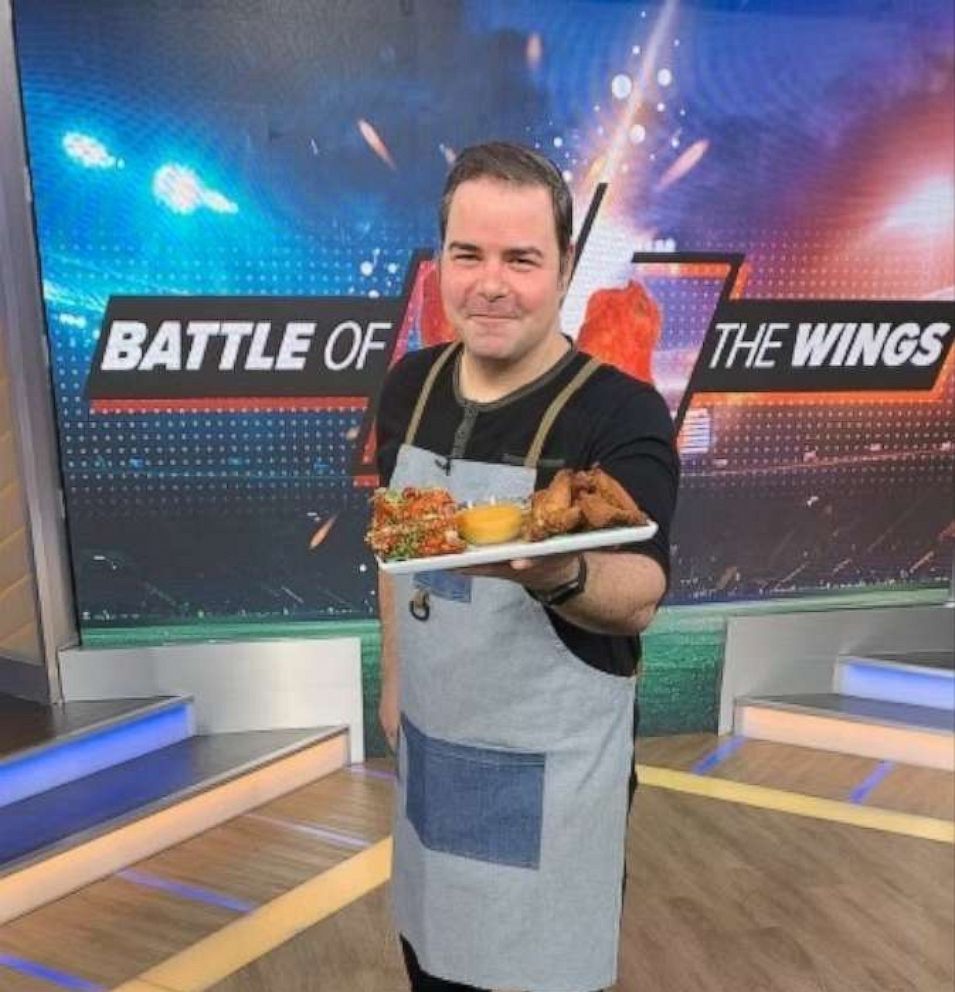 "Cincinnati is known for their chili, usually on spaghetti and hot dogs, so I decided to take the flavors of Cincinnati chili and incorporate them in my own wings," Duran said. "Cincinnati chili is always served with grated orange cheddar; in this case we are serving it with melted nacho-style cheddar cheese," he added.

In a large bowl, dissolve salt and sugar in 2 quarts of cold water. Add wings and brine for about 1-2 hours in the refrigerator.

In the meantime, make the chili rub by combining all ingredients in a large bowl. Take your wings and dredge it in flour until the flour fully adheres. 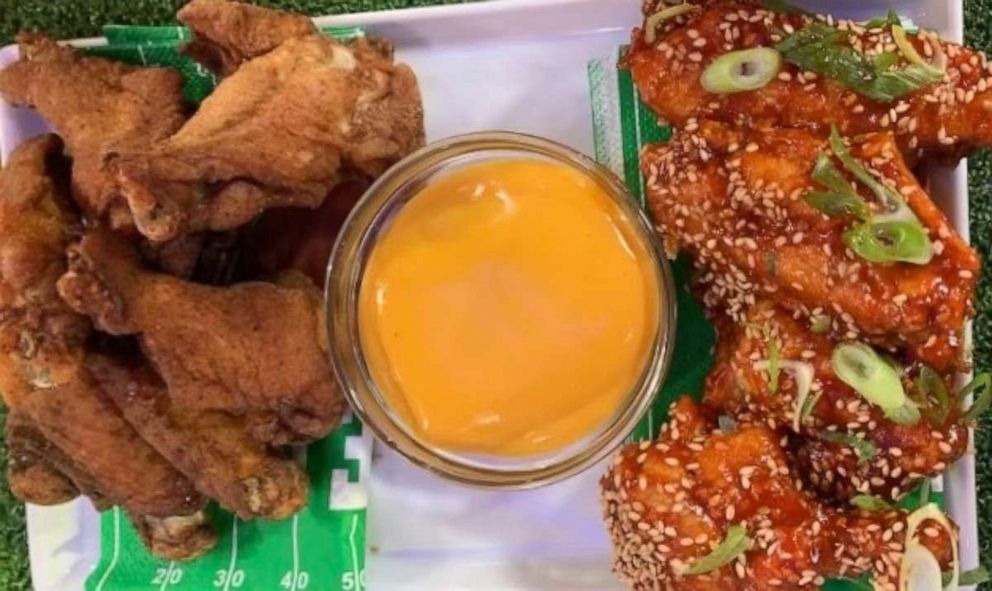 "Los Angeles has a heavy Korean population with some of the best Korean food in this country," Duran said. "Korean fried chicken is usually double fried, once at a low temperature to cook fully and the second time at a much higher temp to get a super crispy skin."

He said that he also adds "a little bit of baking soda" to the flour mixture to help the skin expand and brown better.

Whisk first seven ingredients in a large bowl and coat wings until fully coated. Set aside.

In the meantime, in a medium saucepan on medium heat, whisk together all of the ingredients for the sauce and once it simmers for a few minutes, remove from heat and set aside.

If needed again, coat chicken wings again in flour mixture then begin frying wings in batches for about 10-13 minutes or until golden brown, making sure to flip wings halfway through

Set wings aside and bring oil temperature to 400 F. Re-fry wings for about a minute until crispy. Toss with sauce immediately and serve hot with sesame seeds and chopped green onions as garnish.