Sacheen Littlefeather, the Native American activist and actress who famously declined an Oscar on behalf of actor Marlon Brando at the 45th Academy Awards, has died at 75, the Academy of Motion Picture Arts and Sciences announced Sunday.

Brando, who was set to receive the best actor Oscar in 1973 for his role in "The Godfather," declined to attend that year's ceremony and asked Littlefeather to publicly refuse the award on his behalf to bring attention to Hollywood's mistreatment of Native Americans and the industry's perpetuation of harmful stereotypes.

"I'm representing Marlon Brando this evening and he has asked me to tell you in a very long speech, which I cannot share with you presently because of time, but I will be glad to share with the press afterwards, that he very regretfully cannot accept this very generous award," Littlefeather said in the now-iconic speech. 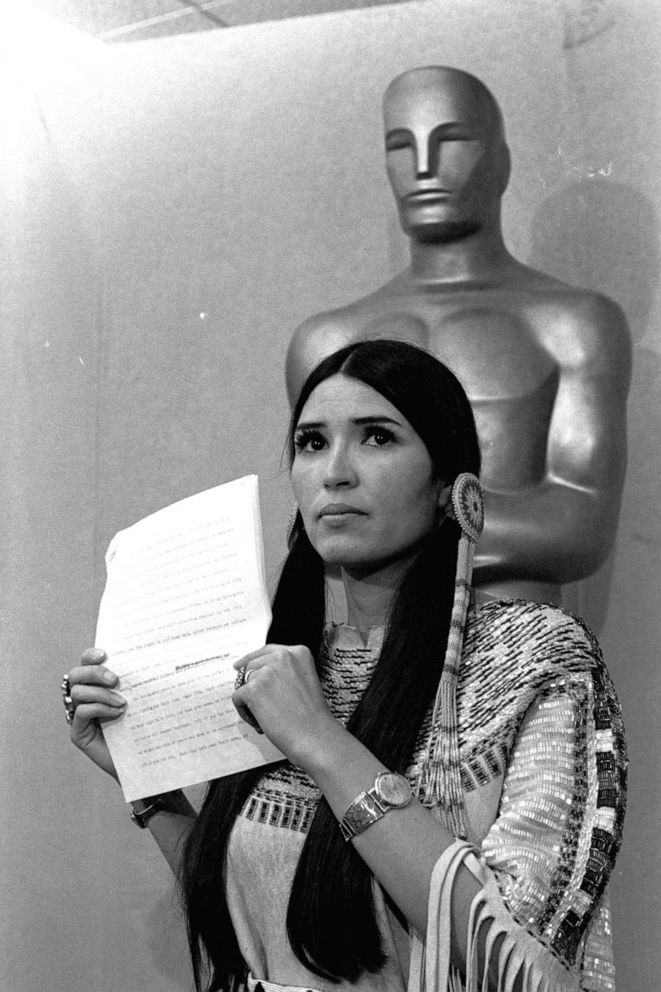 AP
Sacheen Littlefeather, holds up her speech after declining on behalf of Marlon Brando, the Oscar for Best Actor, for his role in "The Godfather" at the Academy Awards, Mar. 27, 1973, in Los Angeles.

Brando had chosen not to attend that year's Oscars in protest of the federal government's response to the Wounded Knee occupation in February that year, in which members of the American Indian Movement seized the town of Wounded Knee, South Dakota, on the Pine Ridge Indian Reservation for 71 days, to demand the U.S. government fulfill earlier treaties made with the Native American people in the 19th century and early 20th century, among other things.

"[Brando] very regretfully cannot accept this very generous award and the reasons for this being are the treatment of American Indians today by the film industry and on television in movie reruns, and also with recent happenings at Wounded Knee," Littlefeather said.

MORE: The Academy apologizes to Sacheen Littlefeather for 1973 Oscars

Her remarks were greeted with a mix of applause and boos from the audience.

After the speech, Littlefeather claimed she was effectively blacklisted from Hollywood, telling Women in the World in 2016 that many in the industry said they couldn't hire her "or their productions would be shut down" as a result of her speaking out. 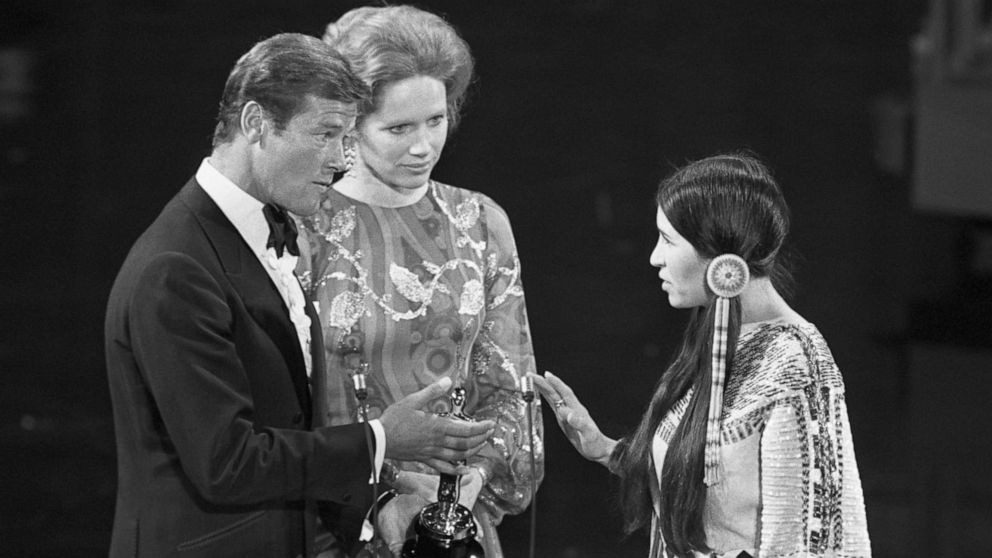 Bettmann Archive/Getty Images
Sacheen Littlefeather refuses the Oscar for Best Actor on behalf of Marlon Brando for his role in "The Godfather" from presenters Roger Moore and Liv Ullman at the Academy Awards, Mar. 27, 1993, in Los Angeles.

Her death comes months after the Academy issued a public apology to her over how she was treated.

The Academy formally apologized to Littlefeather in a June 18 letter. In it, David Rubin, former president of the Academy of Motion Picture Arts and Sciences, offered the Academy's "deepest apologies and our sincere admiration."

"The abuse you endured because of this statement was unwarranted and unjustified," Rubin wrote. "The emotional burden you have lived through and the cost to your own career in our industry are irreparable. For too long the courage you showed has been unacknowledged. For this, we offer both our deepest apologies and our sincere admiration."

Following the apology, Littlefeather participated in an Academy event on Sept. 17 for an evening of "conversation, healing and celebration."

#OscarsSoWhite: The bleak truth about diversity and the Oscars

Ahead of the event, which celebrated Native Americans and included a reading of Littlefeather's speech, the actress and activist reflected on the apology and legacy of her remarks. 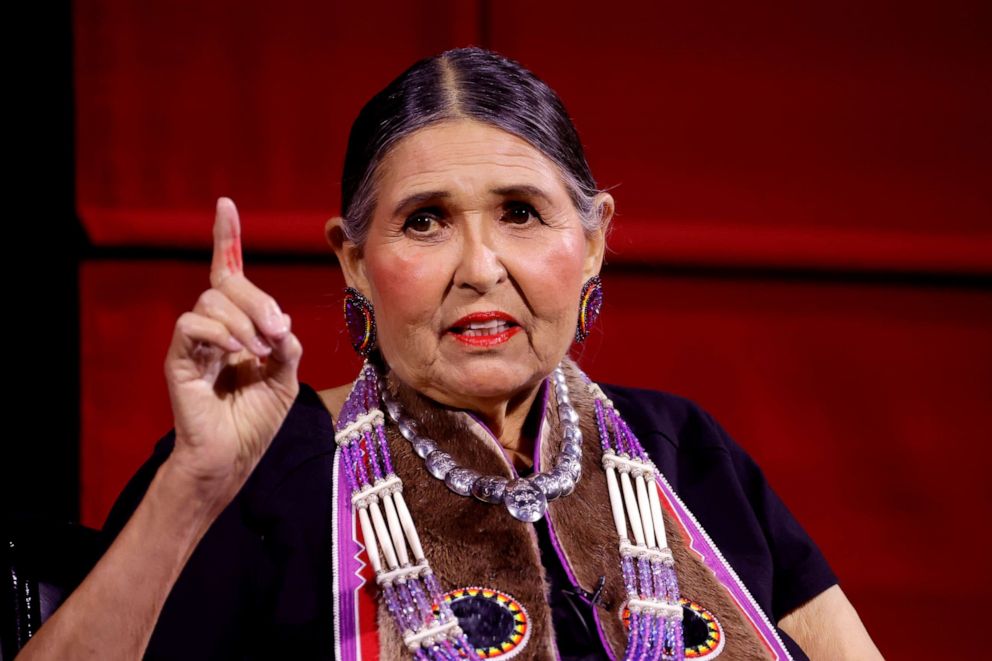 "Regarding the Academy's apology to me, we Indians are very patient people -- it's only been 50 years! We need to keep our sense of humor about this at all times. It's our method of survival," Littlefeather said, according to the Academy.

"This is a dream come true," she added, speaking about the event itself. "It is profoundly heartening to see how much has changed since I did not accept the Academy Award 50 years ago. I am so proud of each and every person who will appear on stage."

The Academy's apology to Littlefeather was timely, as the industry continues to face a reckoning over its lack of diversity both in front of the camera and behind the scenes.

In recent years, the #OscarsSoWhite movement has sought to take Hollywood's power players to task over the industry's apparent dismissal of marginalized communities through slates of overwhelmingly white nominees and winners, continuing a decades-long trend that has started to shift, however slowly.