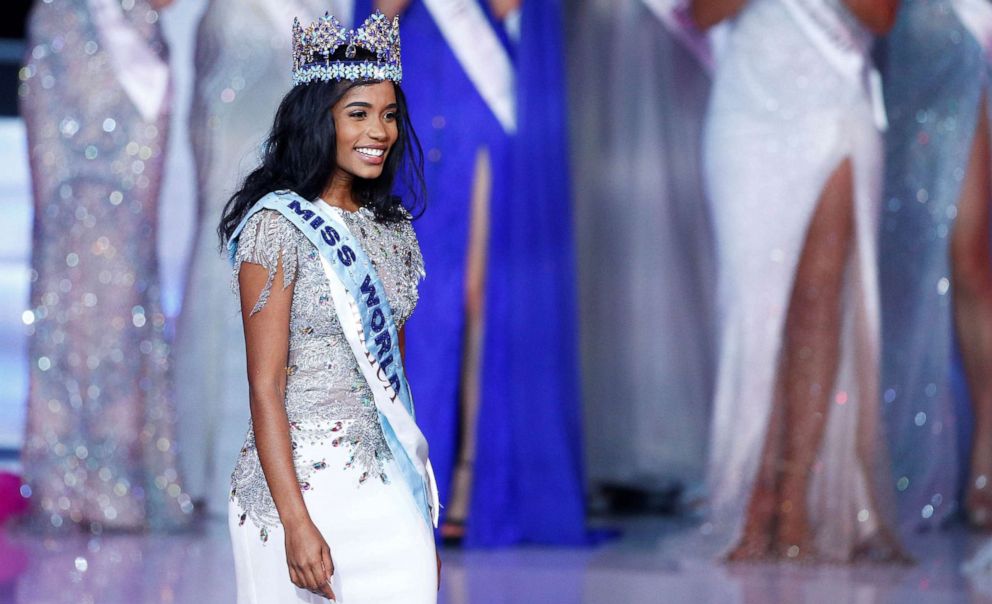 Singh’s win comes less than a week after 26-year-old Zozibini Tunzi from South Africa was crowned the winner of Miss Universe 2019.

"I think it’s such a great move forward as ... the world and as a society say, ‘Look, women who were in the past never had opportunities to do things like this are now here,'" Tunzi told ABC News' Linsey Davis in an interview that aired Friday on "Good Morning America."

In an exclusive interview prior to Singh's win, with three of the four pageant winners, Tunzi, joined by Kaliegh Garris, Miss Teen USA 2019, and Cheslie Kryst, Miss USA 2019, spoke about what it means for all of them to represent other black women and pave the way for women of color across the world. 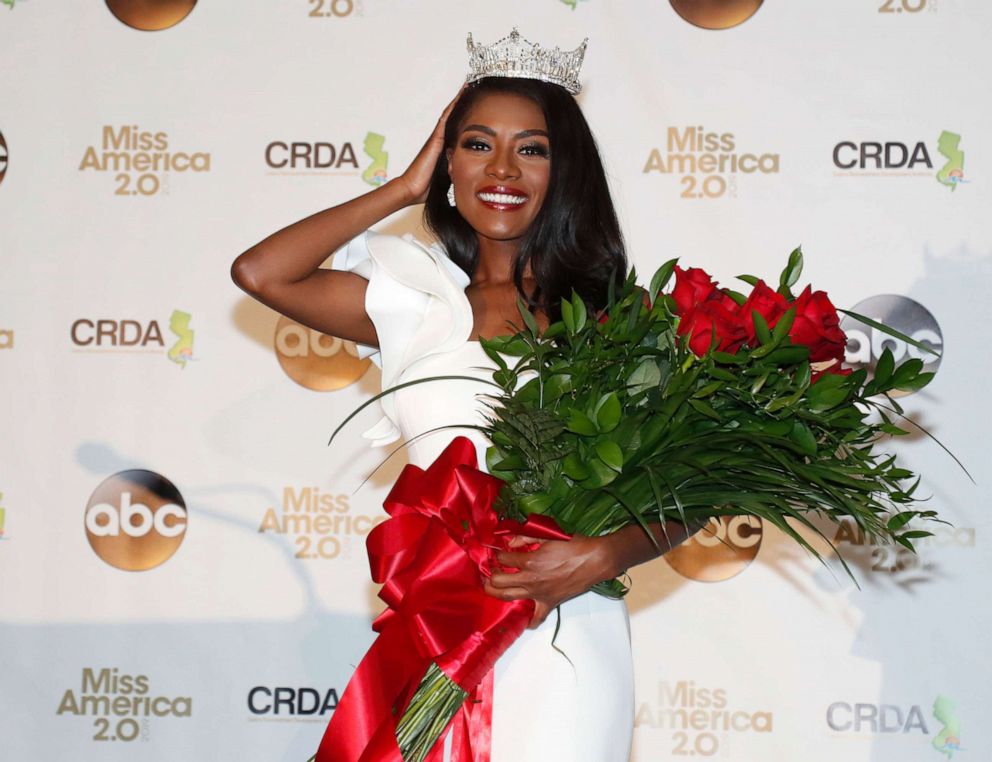 For decades, a moment like this was not possible. In its first 30 years, black women weren’t even allowed to compete in the Miss America pageant.

"I think there are times where I am disappointed, because people will sometimes comment on our social media," said Kryst. "And they’ll say, ‘Why are we talking about your race? Like, you guys are just four amazing women.’ Like, yes, we’re four amazing women, but there was a time when we literally could not win." 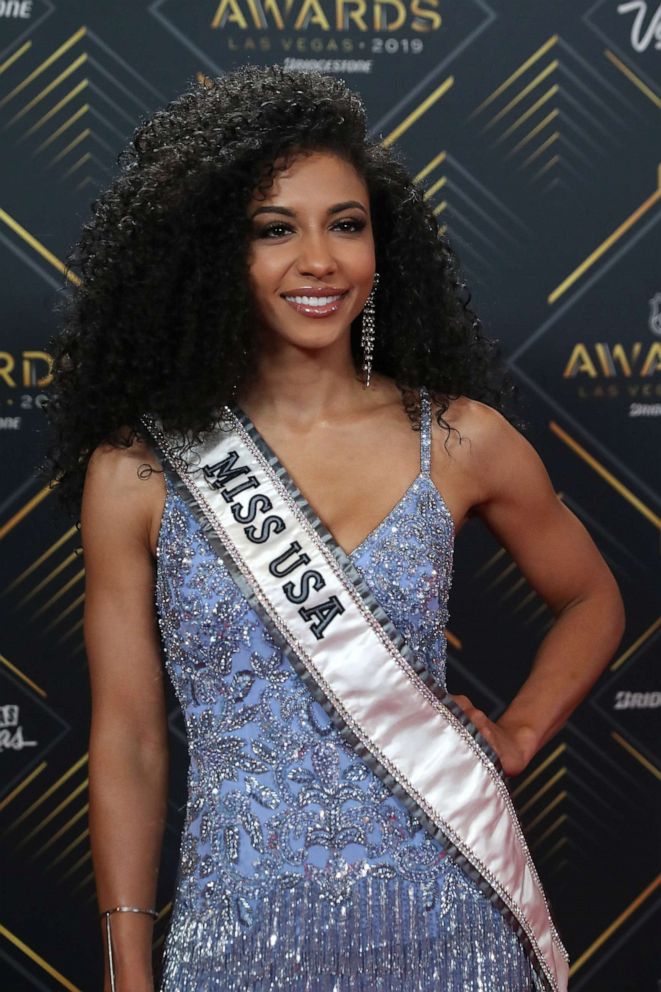 Now, as role models, all four women have become an inspiration to other girls who want to follow in their footsteps.

"If someone says finally, ‘Oh my God, you’re so beautiful. You look like Miss USA,’ they can finally actually believe that they are as beautiful as Miss USA," said Tunzi. "Just from mothers who say, ‘My 4-year-old daughter was so excited to see you on stage. And she kept on screaming, ‘You look like me. She looks like me.’ And I think ... it’s breaking those boundaries."

Tunzi, who has been faced with the pressure from others to change her hair during the course of the competition, said she wanted to challenge how people have perceived beauty in the pageant.

"This hair can be beautiful, too, because it’s how I was born to look. I did get pressures, too, but I didn’t want to fall into that pressure. I wanted to look like this 100%," Tunzi said.

On social media, all four women have received praise for how they’re using their new platforms to inspire other women of color.

Congratulations Miss South Africa, the new Miss Universe @zozitunzi! Agree with you...leadership is the most powerful thing we should be teaching young women today. We welcome your visit to #OWLAG, our Leadership Academy for Girls 🇿🇦🇿🇦🇿🇦 https://t.co/YL0NeO40QU

"We should be teaching these young girls to take up space," the tweet, which went viral, read.

Upon the announcement that the winners of the four competitions were all black, former first lady Michelle Obama retweeted a post of them, with the hashtag "Black Girl Magic."

With the fame they have now, they said they're inspiring girls by telling them that nothing is impossible.

Singh took to Twitter after her win and said, "To that little girl in St. Thomas, Jamaica and all the girls around the world - please believe in yourself. Please know that you are worthy and capable of achieving your dreams. This crown is not mine but yours. You have a PURPOSE."

To that little girl in St. Thomas, Jamaica and all the girls around the world - please believe in yourself. Please know that you are worthy and capable of achieving your dreams. This crown is not mine but yours. You have a PURPOSE. pic.twitter.com/hV8L6x6Mhi

To an 8-year-old girl who asked Tunzi, Garris and Kryst during their interview what it takes to become a strong leader, Garris said, "I would say it takes time, but find yourself first, ‘cause you have to know who you are to be able to lead others."

"I think the leaders that end up being the most powerful are people who lead, but in service of others, and who care about the perspectives and needs of others and really cater to those," added Kryst. 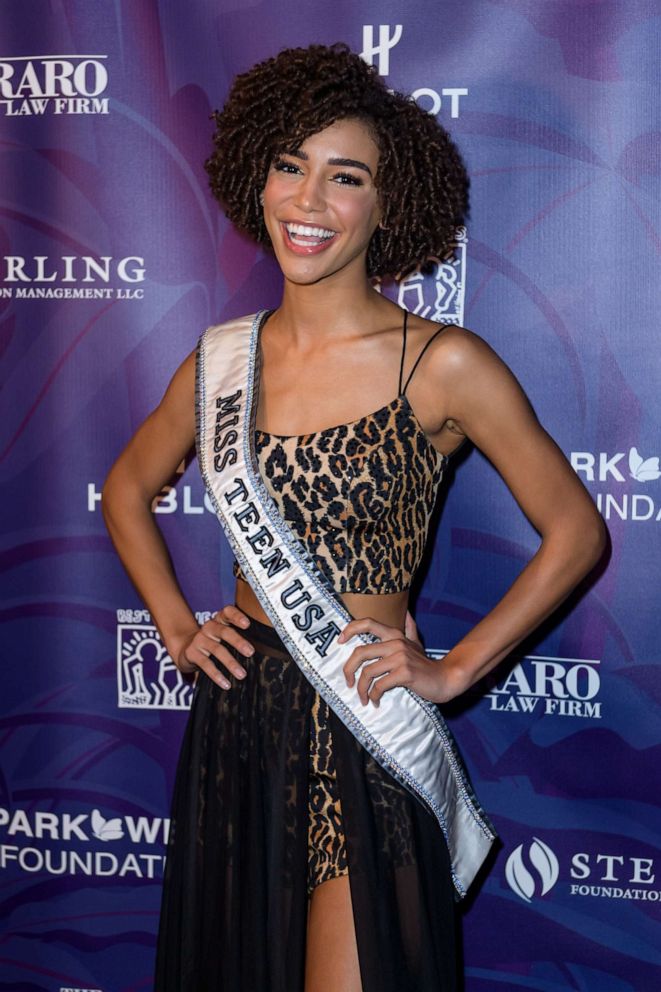 Tunzi also spoke about leadership in the Q&A portion of her competition.

"I think we are afraid to take up space. We are afraid to be amazing," she said. "As soon as that fear leaves us and we start building that confidence of being unapologetic about being great, then i think we can get into that space of having a lot of women leaders who are just fearless."