While they may look delicious, they’re actually pieces of art. 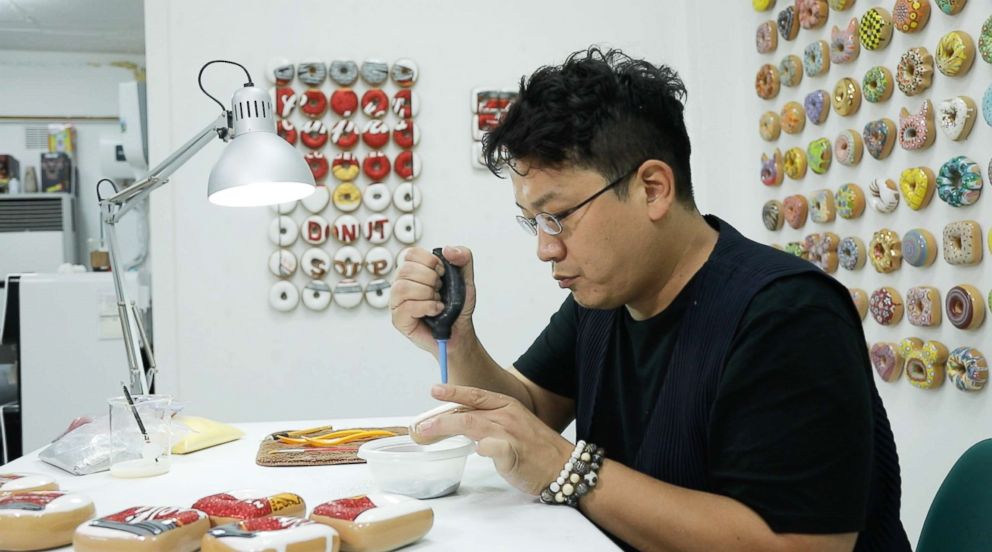 Courtesy Jae Yong Kim
Artist Jae Yong works in his studio in Seoul, South Korea. His ceramic doughnuts are made with precision and attention to detail.

Korean artist, Jae Yong Kim creates ceramic doughnuts and displays them in galleries and on his Instagram.

Kim also does special orders for clients and businesses.

His work has been displayed all over the world in cities like Shanghai, Dubai, Tokyo, New York, and Miami.

Kim told GMA, “one of the driving forces to be an artist is that I can show my work all over the world and deliver smiles to people”.

As a freshman in college, Kim learned he was partially color blind.

This stopped him from working with color until one of his professors encouraged him to use his unique ability.

Now, he creates bright works of art and does not let this disability stop him.

He started making the doughnuts in 2008 after the birth of his son.

Over time, Kim’s doughnuts formed their own language, “the art form, the doughnut in this case the doughnut became a language.”

There’s a certain language that is hidden in each doughnut. 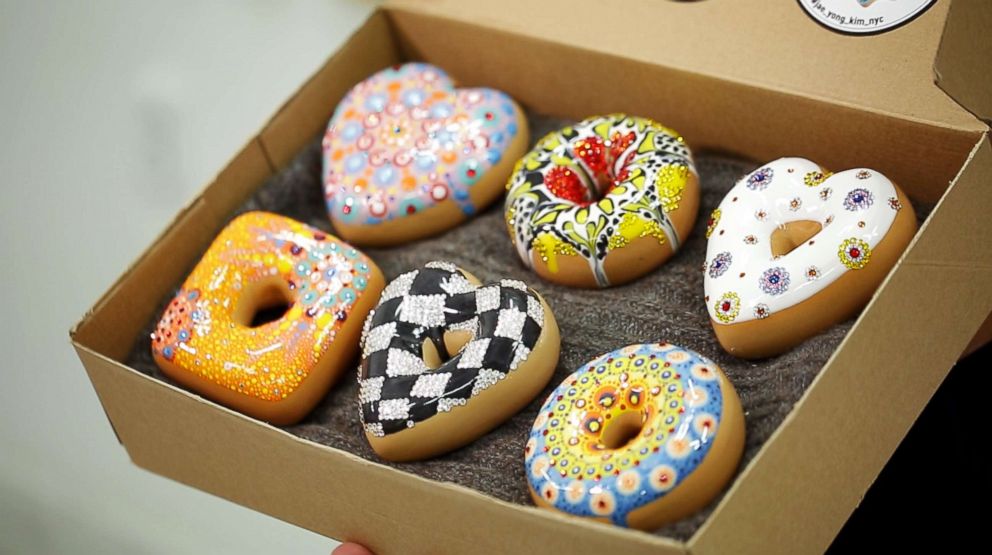 The doughnuts may be small but each one takes time and precision to make.

Every single piece became a memory, I can pick one doughnut and tell you where and why I made this doughnut.

In January, Kim threw out 500 doughnuts but he doesn’t consider them failures, “every fail I go through I learn and through that learning process my work always gets stronger and better.”

One of his most recent projects, “Dount spin me around,” took him two years to finish.

Some of his doughnuts are even decorated with Swarovski crystals. 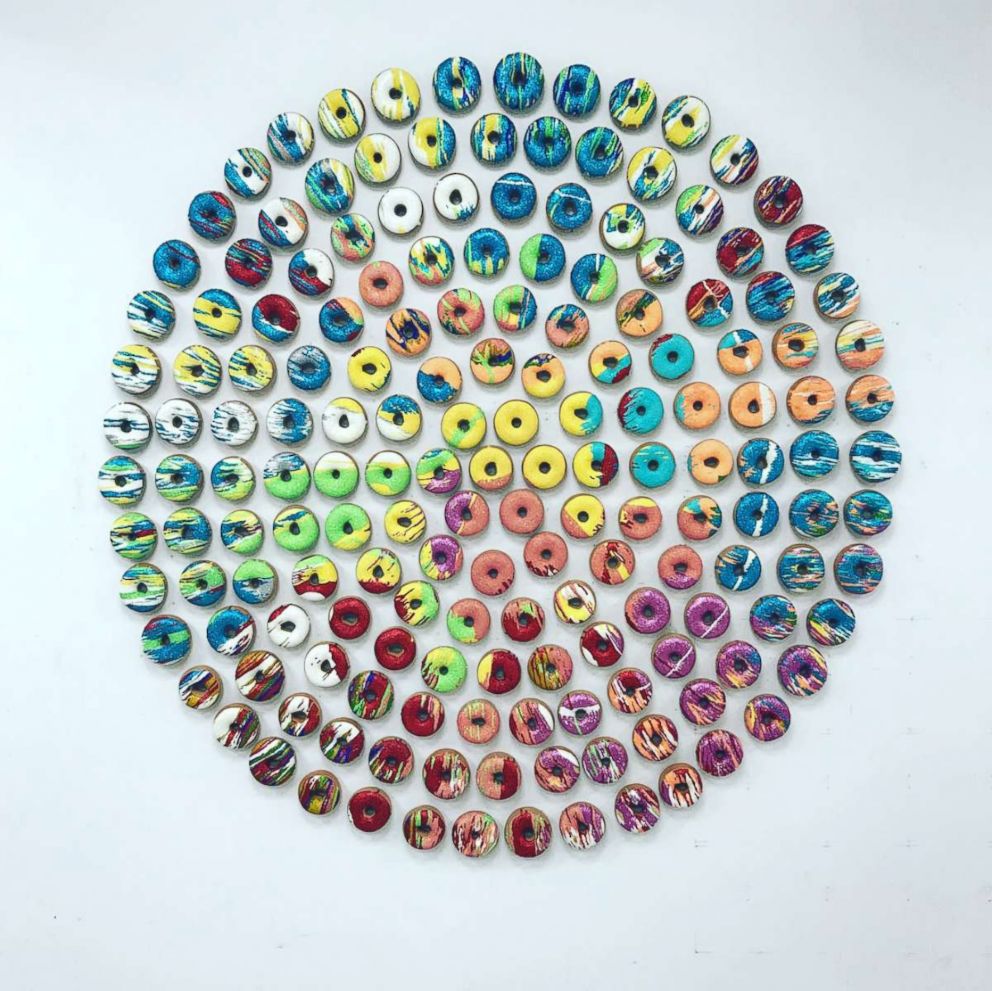 Kim’s work trips turn into inspiration for him, “all of these doughnuts are inspired by my personal life and also personal experience and personal trips”.

All of the things that I do I basically put into my doughnut.

Along with his art, Kim is also an educator. He is currently an assistant professor at Seoul Tech University and has taught at Montclair State University in New Jersey. Kim has different museum shows popping up in the United States shortly and hopes people get to see his work in person.