A Maryland community is praising a crossing guard after she saved an 11-year-old girl from a speeding vehicle.

Violet Watt was crossing the street on Friday when a sedan appeared to come out of nowhere and barreled through the intersection. Thanks to the lightning-fast reflexes of crossing guard Corporal Annette Goodyear, Watt made it to safety.

In a video from a school bus surveillance camera, Goodyear signaled for the car to stop as she summoned Watt to cross the street. But when the sedan failed to stop, Goodyear shoved Watt out of the way before being struck herself. She suffered minor injuries.

"The only thing I was thinking was to make sure that little girl was safe and that she wasn't the one to take the impact," Goodyear told "GMA." "She has her entire life ahead of her." 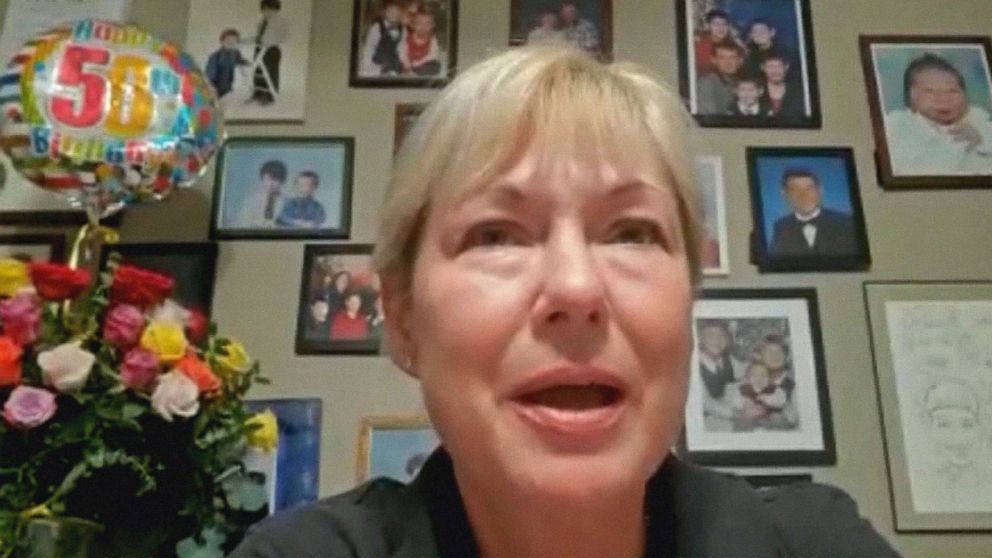 ABC News
Corporal Annette Goodyear is a guest on ABC's "Good Morning America" on Feb. 8, 2021. The crossing guard saved 11-year-old Violet Watt from being hit by a speeding vehicle.

After the incident, Watt immediately went to Goodyear's side and checked on her.

"I asked her five times if she was OK," Watt said. "She said to go get help, 'I need an ambulance.'"

ABC News
Violet Watt and her family are guests on ABC's "Good Morning America" on Feb. 8, 2021. The 11-year-old girl was saved from a speeding vehicle by a crossing guard.
MORE: 80-year-old crossing guard 'speechless' as children surprise him on birthday

Many in the community have reached out to Goodyear for her heroic act. She said she has felt overwhelmed by the positive comments and reactions.

"I learned that the community is an amazing thing," Goodyear said. "These people ... it shows you that people out there actually care. And they really, really care that you're a human being. They don't just see you as at uniform at that point. They just see that you're willing to protect their children."

As for Watt, she is grateful for Goodyear, who always brightens her day, and is looking forward to seeing her back at work.

"She's really nice," Wat said of the crossing guard. "She'll talk to every student that walks by -- even if you don't start the conversation -- with a nice way to start your day. I'm looking forward to seeing her back in the mornings."