Remember photo albums -- books with clear plastic pockets that held your favorite photos to keep track of memories and memorialize a year of your life?

We don’t do that much anymore. When was the last time you even printed a picture?

But the joy of thumbing through a memory book of photos is still a thing, so services have sprung up online to turn your digital photos into bound books. While some have been around for decades, other newcomers have also come along. Prices and formats vary wildly, so how should you choose the right service for your images?

"Good Morning America" asked mom Sheila Madrigal from Morgan Hill, California, to order photo books from 5 different services: Snapfish, Shutterfly, Mixbook, Amazon and Costco. She used the same 60 photos in all five books and tried to get the size and layouts of the books as similar as possible. The photos were taken with both her iPhone and DSLR camera. 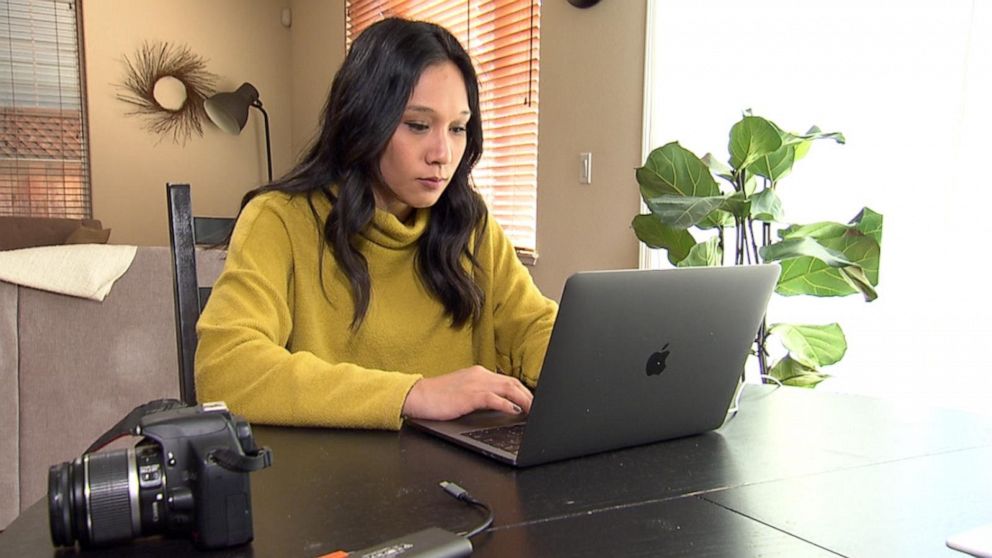 After the books were created, ordered and arrived at Madrigal's house, we took them to Sam Hoffman of San Francisco’s Lightsource, a fine art print lab. While they don’t make print books at Lightsource, Hoffman evaluated the quality of the books.

One of Madrigal’s photos showed her family in a field of yellow flowers, her husband Israel is tossing their daughter in the air. Both the Shutterfly and Costco books impressed him with how they handled the image.

In the Costco and Shutterfly books, the field had a rich golden color and skin tones were warm. 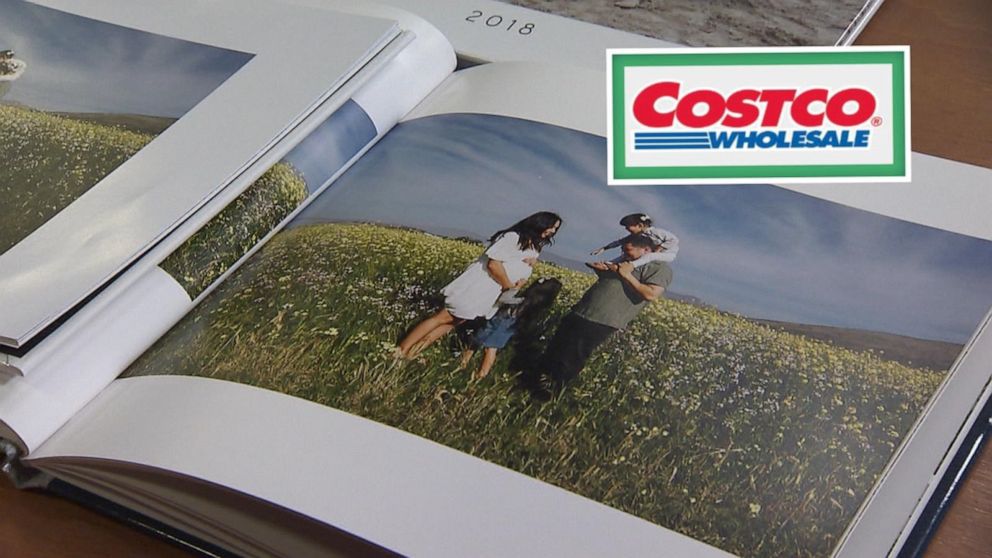 “I see the darkness of the blues. The separation of darkness and lighter colors,” said Hoffman.

He used that photo to judge two bottom performers in the image quality category, Snapfish and Amazon.

“There is a greyness in the flesh tones [Snapfish] and this one is the least vibrant of them all [Amazon],” he said.

According to Hoffman, all the books used semi-matte paper, but the production from each company varied. In some books there was no cover page while others had sophisticated stamped paper in the cover and back page positions. Another difference was the binding. Some had a simple stitched binding that was visible between the pages, while others had stitched and glued binding that looked more sophisticated. Shutterfly’s book had a luxe cover page made of stamped paper, stitched and glued binding, as well as a back cover that was in a different color and design.

We let Sheila, who created the books, weigh in on this category. She said the Snapfish tool took her 20 minutes from start to finish to create the book. Uploads were fast, layout was simple and the user interface was intuitive. She ranked Mixbook, Shutterfly and Amazon slightly below Snapfish, but still easy to use. 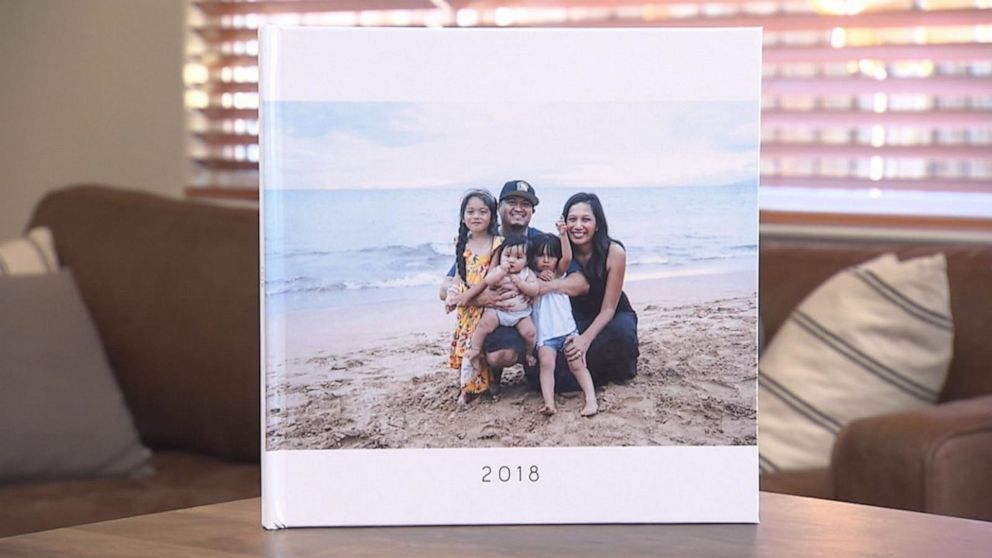 She gave the Costco the lowest ranking in this category, complaining that the upload of her images took twice as long as some other sites. She said that when she used the Costco tool, it arbitrarily populated her book with the pictures she uploaded, but she had a specific order in mind and had to go back through the tool removing all the pictures then adding them back into the layout where she wanted them. 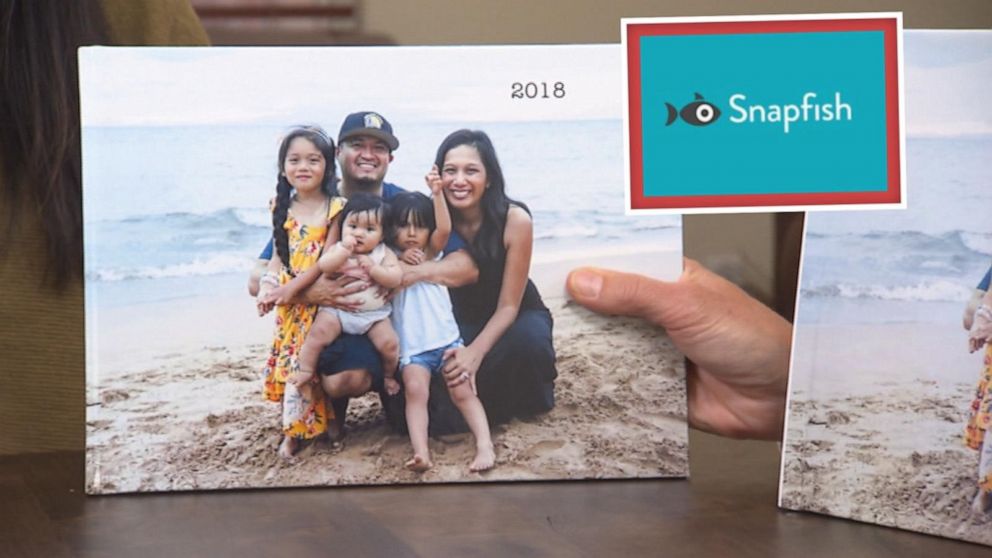 There was one more problem from the Costco book: it cut her baby's picture in half!

The online tool showed a picture of her three kids fitting on the page but when the printed book was inspected, the baby was only half visible. Sam explained that the image was placed too far into the center of the page, an area printers call the “gutter,” and the baby’s face was obscured. Sheila said it did not look like that in the online tool. Costco declined ABC News' request for comment.

(MORE: Want to move in with your partner? Ask each other these 5 questions first)

One thing to consider with pricing is that many of these services offer outrageous deals on photobooks with special seasonal codes, sometimes 50 to 60% off. 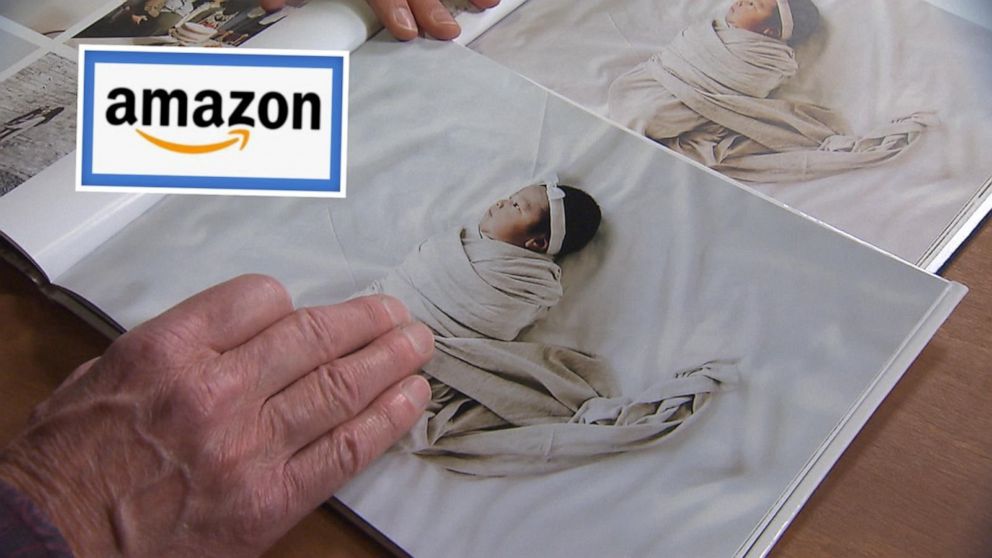 Here’s a pro tip: keep a file of your favorite photos on your desktop, copy them in there as you take them each month, and when you see a killer deal come up, you’ll be able to create the book and nab a great keepsake at a fraction of the price.

Ranking ease of creation, image quality, price and the overall feel of the book’s production, Hoffman liked Shutterfly the best.

Our mom Sheila also liked Shutterfly the best, and resolved to make a memory book every year from now on.