Just like everything else this year amid the coronavirus pandemic, the typical preparation for returning back to school looks different.

Where teachers would normally be prepping their classroom with bulletin boards and educational art, they are now coming up with DIY projects to try to make their classrooms safe from COVID-19, the respiratory illness caused by the novel coronavirus that has killed more than 145,000 people in the United States alone.

Ashley Martin, a third grade teacher in Texas, spent her last weeks of summer break working with her husband to build a hands-free hand sanitizer station for her classroom.

"Our district has their [safety] plans that they're going to roll out but i thought what can I do that's in addition to that to keep everybody healthy and also to minimize waste," Martin told "Good Morning America." "I'll do anything that is extra to help with decreasing germs and making my life easier, taking one of the stressors away." 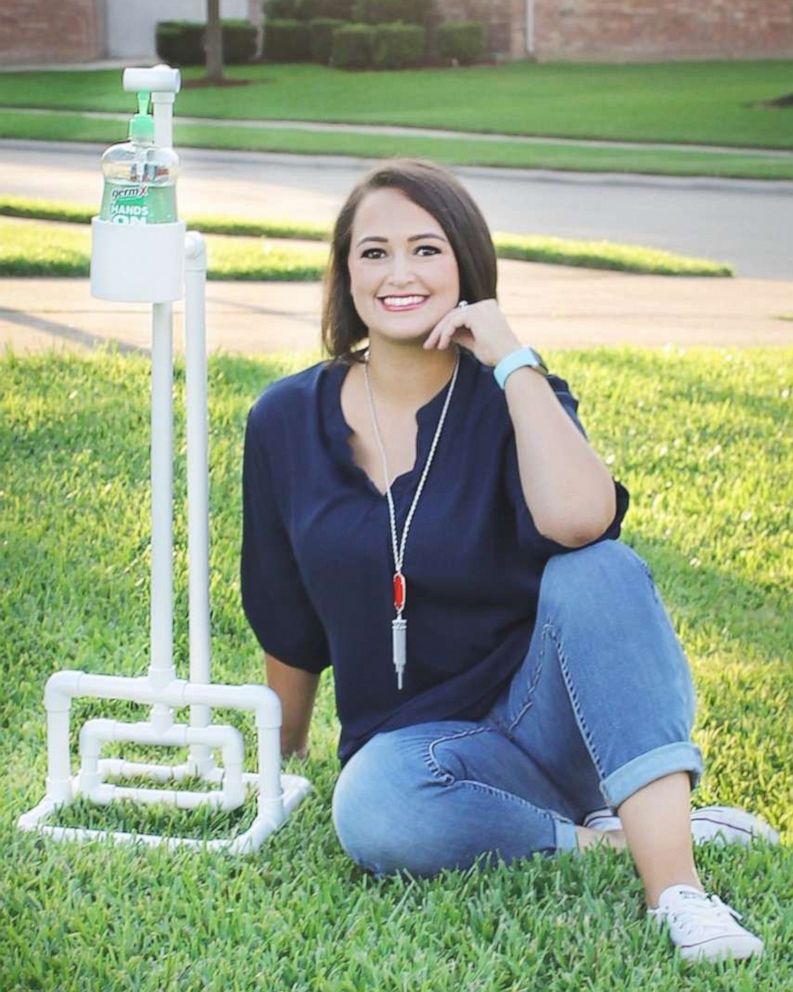 Ashley Martin
Ashley Martin, a teacher in Texas, poses next to a hands-free hand sanitizer station for her classroom.

Martin said she envisioned her third grade students dumping huge amounts of hand sanitizer into their hands or contaminating hand sanitizer containers, so when she saw the idea for a hands-free station from another teacher on Facebook, she showed it to her husband and asked what he could do.

"He just kind of winged it and made me a prototype using PVC pipes," she said. "I posted it on Facebook and thought just my teacher friends would be interested, and then it blew up."

The interest from teachers prompted Martin's husband to make three dozen more of the foot pump sanitation stations, which he is selling online for $35 each. He and Martin are now working on being able to ship the stations to teachers across the country because of the high interest.

"My plan is to put it outside of my classroom," said Martin, who said her district is allowing students to choose whether they want to attend school in-person or do virtual learning for the first nine weeks. "It's portable and super lightweight, so I can also put it in the classroom and move it around."

Other teachers are also sharing their ideas on Facebook, from using clear plastic shower curtains to separate students' desks to creating solutions so children will not have to touch as many things in the classroom.

"The phrase 'PPE' [Personal Protective Equipment] is also slowly starting to appear in more projects," the spokesman said in a statement. "We expect a lot of teachers may be waiting to find out what reopening plans look like, which may cause a more noticeable surge in the next few weeks."

Ready for back to school! How many masks do you have for your return? This is #6 for me!😷 #backtoschool #teachermask #schoolsupplies #realteacherlife pic.twitter.com/ocDLsyDrES

Parents and businesses are stepping up to help teachers too by starting Facebook groups where people can "adopt" teachers and send them cleaning supplies and other items they need for their classrooms.

"Teachers give from their heart both emotionally and with their time & money, and seeing all these teachers being adopted and appreciated just melts my heart," one elementary school teacher from Texas wrote on Facebook after being "adopted" and receiving cleaning supplies for her classroom. 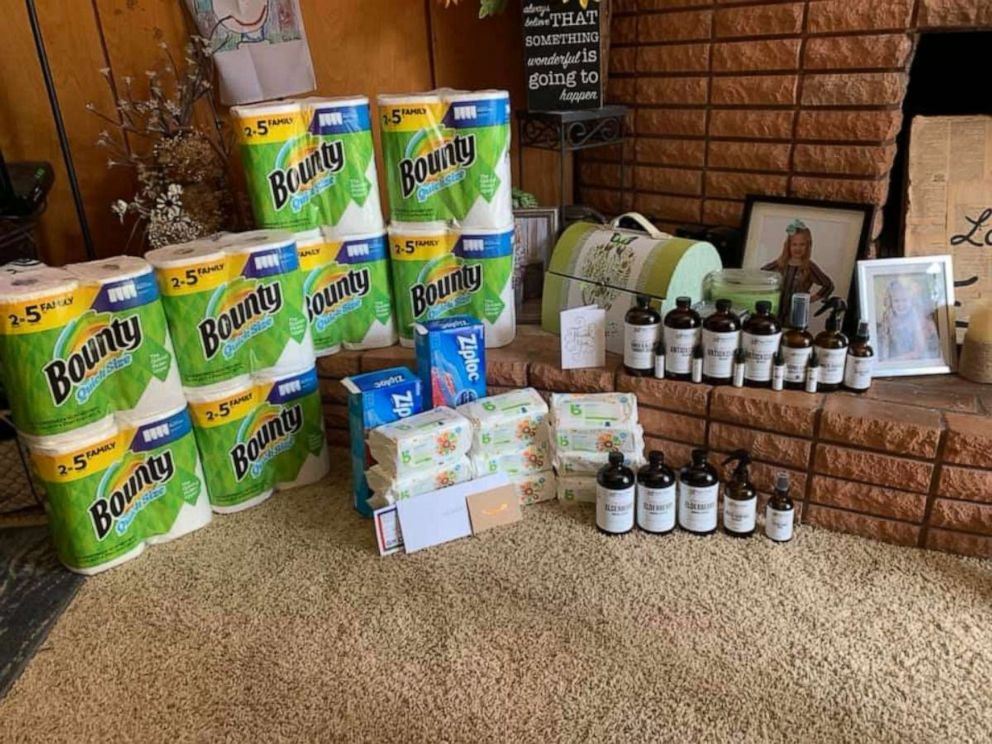 Obtained by ABC News
Cleaning supplies donated to an elementary school teacher in Texas are pictured in a photo shared with ABC News.

"While cleaning and hygiene items like disinfecting wipes, Kleenex and hand sanitizer were already popular items on back-to-school supply lists, we are still seeing an increase in requests," said Griffin. "They are appearing on more lists than ever and face masks and face coverings are also becoming much more common."

Griffin noted that school supply lists this year are bigger, because students can't share items, and geared toward items that are easy to clean and disinfect, like folders that are plastic so they can be more easily wiped down.