A teen who was once homeless has reached his ultimate goal of getting accepted into college — not once, but 17 times.

Now, Dylan Chidick, 17, is sharing his story in hopes to inspire others.

"What you're going through now does not define you," Chidick, an honor student from New Jersey, told "Good Morning America." "The work that you do now will help you foresee the future and you'll be able to live out your dreams. That's what my mom always told me when we were living in the shelter. She'd say, 'Just keep pushing.'"

Chidick, a senior at Henry Snyder High School, was 7 years old when he moved from Trinidad to the United States. He became a citizen a few years later, he said.

In 2017, Dylan, his mom and two younger brothers fell on hard times and became homeless. They lived in a shelter until the New Jersey-based organization WomenRising helped place them in housing.

Chidick said his living situation often got in the way of his schoolwork and his grades dropped, but he was determined to be the first in his family to go to college. He brought his average up by enrolling in AP courses, got straight As this year and excelled in extracurricular activities. 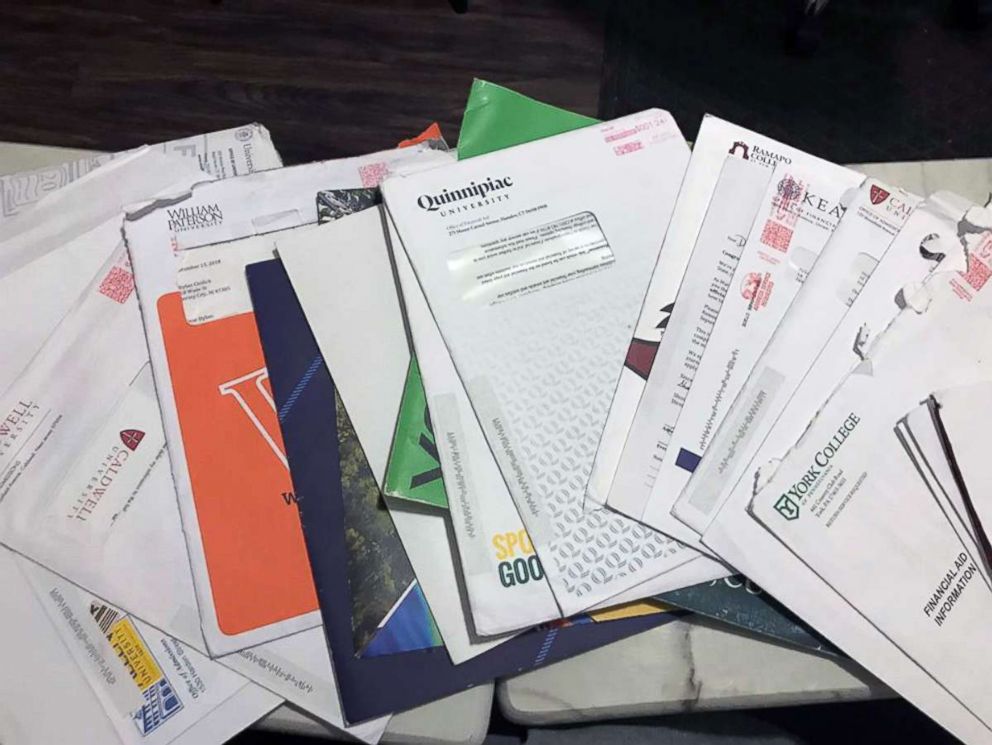 Chidick also holds down an internship where he works part-time assisting a real estate agent, he said. 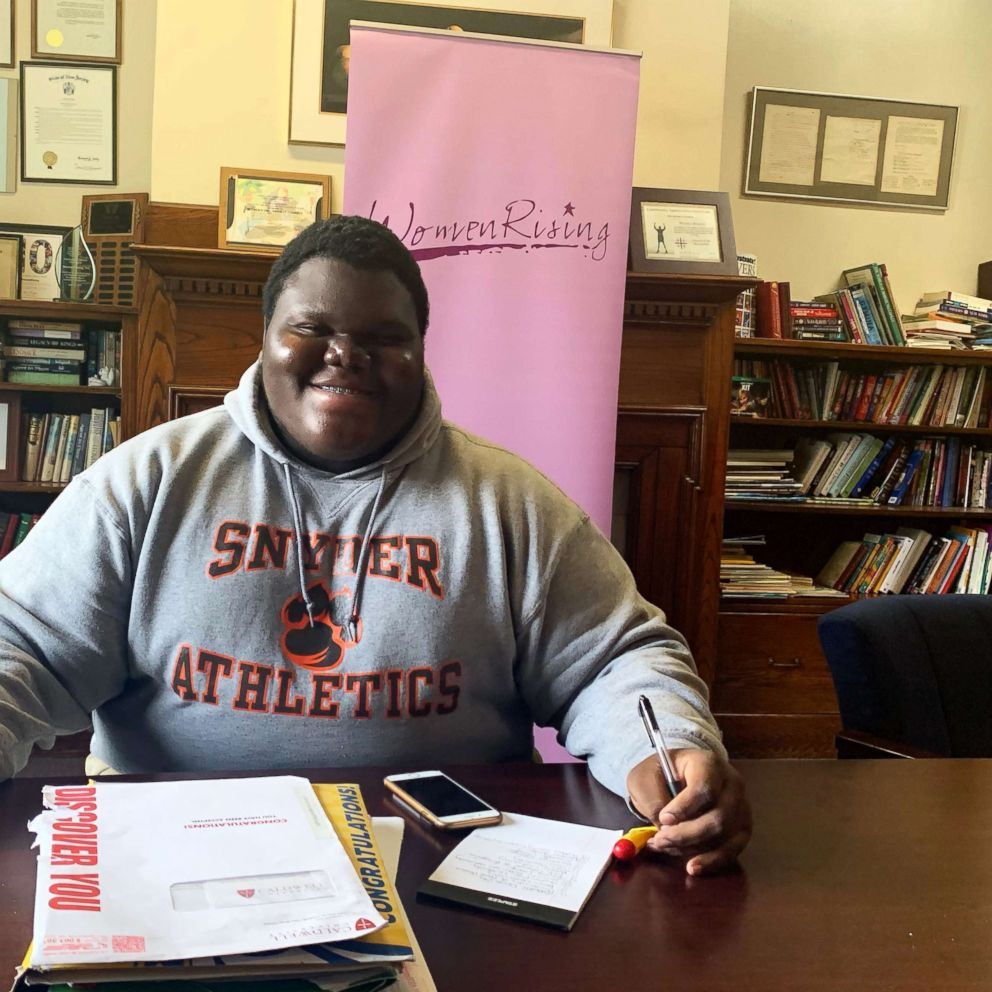 "I also opened up to my school because no one knew what I was going through," Chidick explained. "It became easier for me to handle."

Chidick is student body president, vice president of the National Honor Society, a Jersey City youth ambassador for social services, a city-wide student council member and a student ambassador for his school where he helps freshman in their transitions. 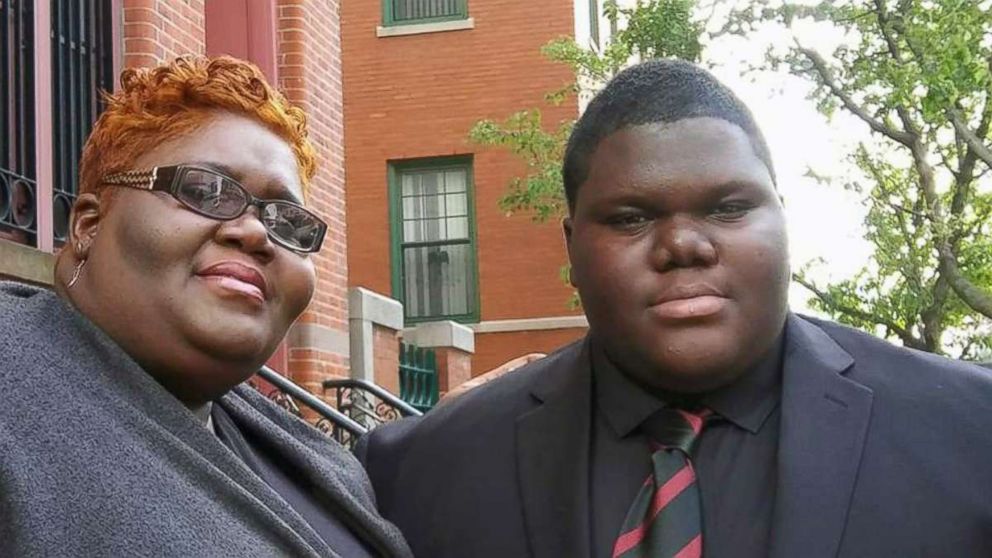 Courtesy Dylan Chidick
Dylan Chidick is seen in 2017 with his mother, Khadine Phillip, the day he was inducted into the National Honor Society.

When it came time to apply for colleges, the acceptance letters filled Chidick's mailbox.

That's what my mom always told me when we were living in the shelter. She'd say, 'Just keep pushing.'

"The lead here is Dylan's awesomeness," said Anne Miller Christensen, the director of Village of Families at WomenRising’s Permanent Supportive Housing Program. "We supply the one vital ingredient that makes it a little easier and more possible, [but] Dylan probably would've crawled across the finish line and still got it done. He's so deserving of this success."

Chidick said his first-choice school is The College of New Jersey but he has not heard back yet.

"My mom is really happy," he added. "I get home around 5 [p.m.] and she's standing near the mailbox waiting to get the letters. She's excited because we went through a really tough time." 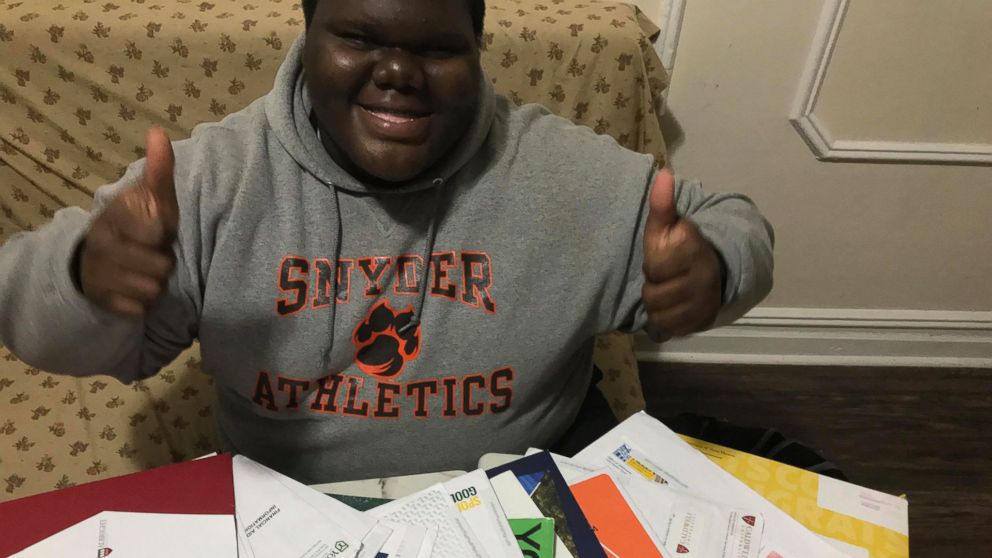 Chidick will graduate high school this June. He hopes to achieve a law degree and have a career in politics someday.