Men are banding together to make their voices heard in light of the Me Too movement.

Dozens of men in Philadelphia, Pennsylvania, are meeting on a regular basis to "hold each other accountable" and collectively lay the groundwork to stop "toxic masculinity," sexual assault and harassment.

More than six years ago, the Lutheran Settlement House, a non-profit with the goal of educating and empowering those in its community, started a program called Men Can. Organizers hold "community conversations" on topics like racism and domestic violence. Last month, one of those conversations was titled, “Get Your Boys: Male Accountability in #MeToo."

In many of these male-driven meetings, the topic of the discussion focuses on what organizers call toxic masculinity and how to get to the bottom of where it stems from so that these men can be better partners to women and feel better in their own skin.

"With survivors of sexual assault and violence speaking out, we noticed relational violence happening in an epidemic way and that a lot of that violence is caused by toxic masculinity," Richie Shulz, one of the Men Can organizers, told ABC News. "Being a good person on your own isn't going to transform the root causes and dynamics leading to sexual violence. We need to start having these conversations with men on how to hold each other accountable and move into a new form of masculinity."

If we want to transform harmful behaviors, we need to identify them and where they are coming from. - Richie Shulz

Shulz added that from a young age, men are raised to think masculinity equals antiquated ideals like domination and a lack of emotional vulnerability. Lutheran Settlement House's job is to create a space for men to unlearn these ubiquitous notions.

"It has been interesting to see how pervasive some of the messages boys receive about what it means to be a man are and how detrimental those messages can be," he added. 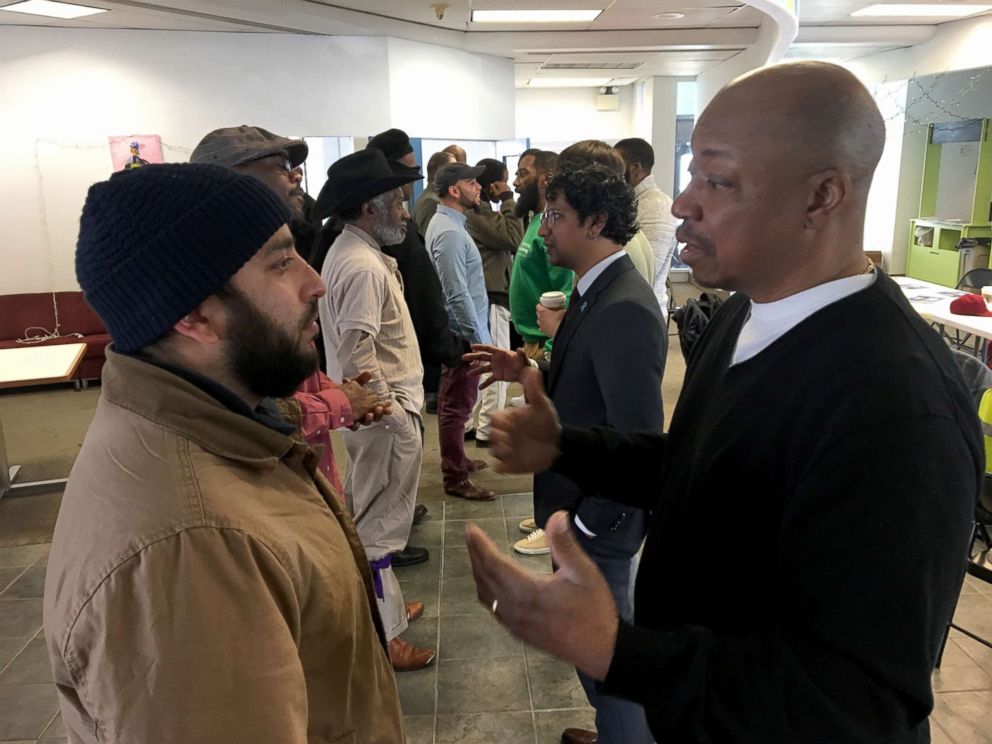 During "Get Your Boys," the group of around 30 men put up messages on a board they had heard or received about sex so they could take a step back and see it in writing.

"It was like, 'This is not human, this is not a way that we can connect in a loving relationship,'" Shulz explained. "If we want to transform harmful behaviors, we need to identify them and where they are coming from, dis-empower them, and have power to provide new messages."

The "Get Your Boys" group also does role-playing exercises to prepare men with the tools to navigate tough conversations with their friends if they see people around them acting inappropriately towards women.

Lutheran community education manager Toby Fraser said he found himself thinking about one question: "How can I stand with women on making things better for them?"

Fraser has been doing outreach work for more than 10 years, and he realized that the answer to his question wasn't an obvious one.

"I changed my frame [of mind] to thinking, 'How can I stand with other men on this?'" he said. "And then seeing some of the root causes of the violence against women and some of the troubles with masculinity, and the way men are socialized to be dominant, tough and strong."

Fraser realized those messages didn't work for him. 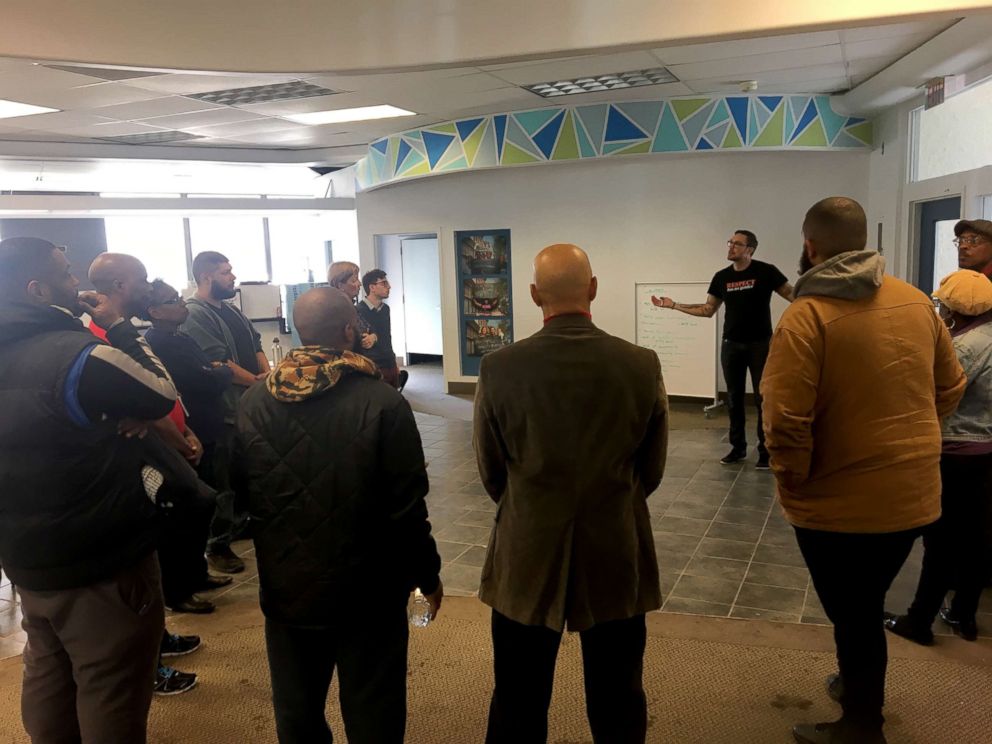 "Once I started to talk to other guys about it, you realize it didn't work for them either," he said. "If it doesn't work for us and it's causing epidemic rates of violence against women, what are we doing?"

One of the things taught to men interested in intervening and changing misogyny is the "four D's," Fraser said.

Each D equals a means of stepping in when something inappropriate might be happening. The first method is to be direct and just tell the person to knock it off. Then there's the method of distraction, where you attempt to change someone's attention to get them off course.

"There's also delaying and dealing with it later," Fraser said. "Or to delegate. Like, 'This isn't my boy, but that's his good friend over there.'"

While the program is led and organized by mostly men, there are female advisers like Vashti Bledsoe, the Lutheran program director, who weighs in and works with everyone else to set long-term goals.

One tenant of the group is not to shame men, but instead to encourage accountability and a path to reform.

"Even if a man is an abusive partner, how do we help them change those behaviors and not just throw them to the wayside?" Bledsoe said of the program. "The goal of the campaign is to get men's voices more involved to end domestic violence, not shame men. But encourage men to talk to each other and hold each other accountable on how they treated their partners in relationships."

Bledsoe says in addition to the conversations, Men Can holds a large rally in Philadelphia every year with food, entertainment and speakers. 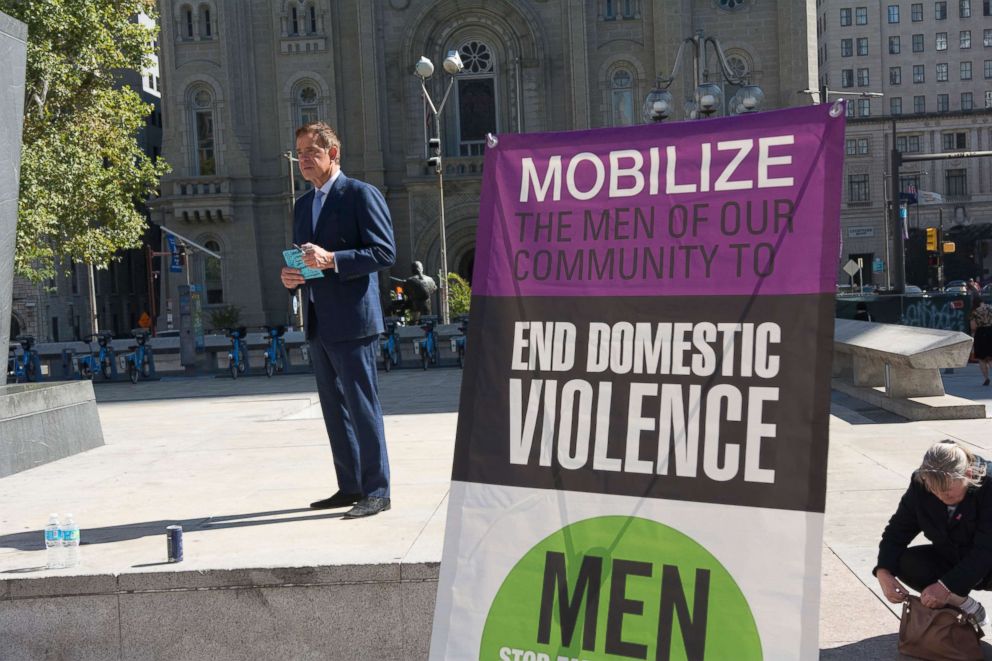 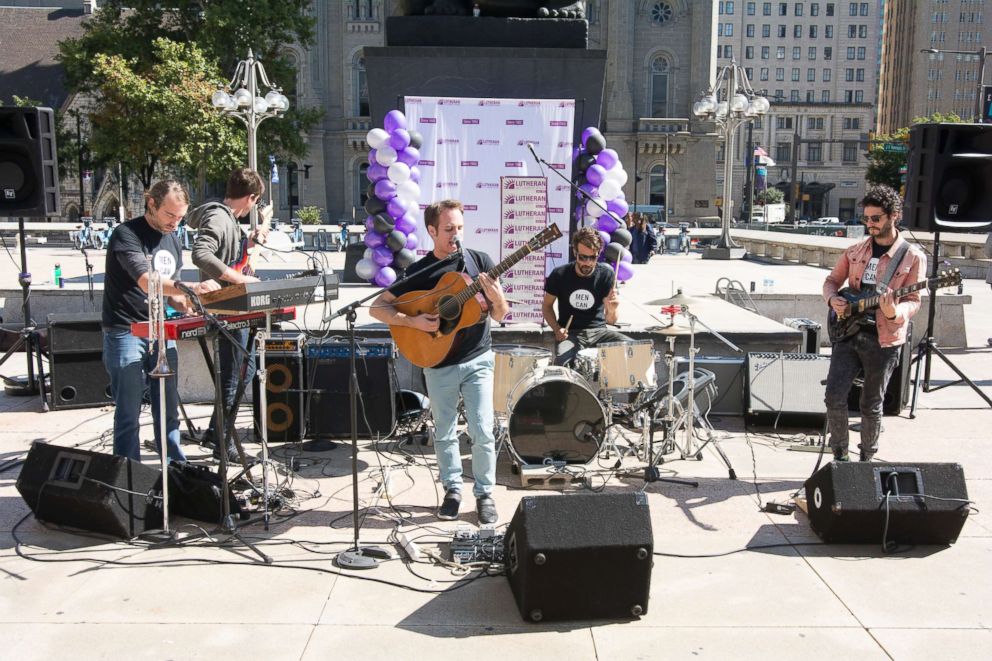 "Not all men are abusive," she said. "Men are very interested in this topic and they are worried for their mothers, their sisters, their daughters. How do we get these men involved?"

She continued, "It's not women's sole responsibility to police men's behavior and make sure you're doing the appropriate things."

It seems we all grew up in a pretty misogynistic world that taught men to devalue women. - Sterling Johnson

One such man who wanted to take a look inward and attend Men Can is Sterling Johnson, 33, a local lawyer, who says he identifies as "queer" and has seen things "throughout the world that are unfair with women and men, misogynistic things." This compelled him to be part of a group trying to make a significant difference in the community. 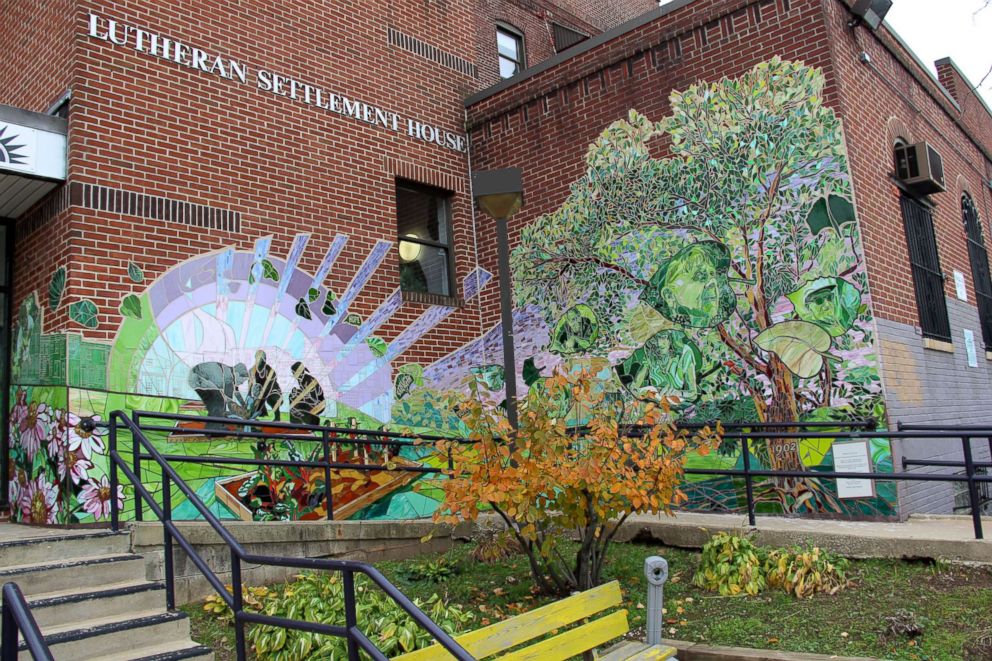 "The main thing I got from [attending 'Get Your Boys'], were the individual stories," he said. "It felt good to share with others and get differing perspectives. But it seems we all grew up in a pretty misogynistic world that taught men to devalue women."

Johnson said, "what maleness is" -- even in the dating world -- gets discussed often in the group.

"My experience is everything is a competition," he added. "As a man, it's important to want to beat other people, in sexual prowess, in [the] need to have more money, things like that. Especially in college, I went to law school. [As a man] if you're not doing that, you are thought of as weak, and need to man up and get it together."

The ability to be a man and still be vulnerable is important to Johnson.

Staff members Toby & Richie lead an activity at our 40 hour training for domestic violence advocates. Participants were asked to take off their advocacy hats and take on the personality of the fictional client at the center of the activity. Interested in learning more about the professional trainings LSH offers? Want to learn more about how to participate in the interactive and dynamic 40 hour training? Follow the link in our bio!

"In my opinion, this where we start. We had some great conversations with people from different areas and backgrounds, having discussions about important issues," he said. "What gender is about, about what it means to be nonbinary. This is going to change the way our culture experiences gender ... as a man, you have to investigate all the things that go into masculinity, just look at yourself, forgive yourself then change."

Fraser and Shulz said they’ve received positive feedback from women and those in the Men Can program.

"When you just think about, 'What can I do about this problem?' it's overwhelming and scary," Shulz said. "When you start thinking, 'What we can do as men?' there's a lot more creative solutions that come from that. Don't be afraid, ask men for support, [and] how can you approach one of your friends together and transform that belief."