The federal agency revealed this week that 16 iconic "Sesame Street" Muppets will be joining the ranks of new stamps being released in 2019.

In a press release, USPS said the show is "one of the most influential and beloved children’s television shows."

"For the last 50 years, it has provided educational programming and entertainment for generations of children throughout the country and around the world," it continued. 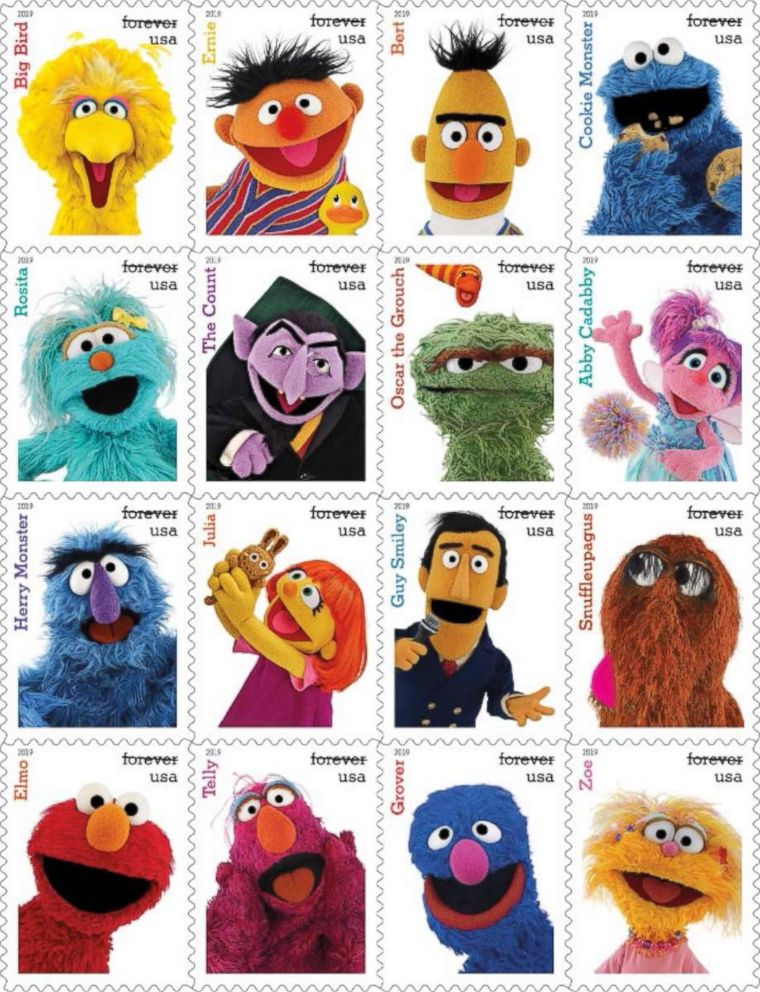 USPS
Classic characters from the "Sesame Street" television show are among the new 2019 stamp designs announced by the USPS on March 12, 2019.

In addition to the "Sesame Street" fleet of stamps, coming later on this year there will also be "Tyrannosaurus Rex" as well as "Spooky Silhouettes" stamps.

The “Nation’s T. rex,” the young adult depicted on two of the stamps, was discovered on federal land in Montana and is one of the most studied and important specimens ever found. Its remains will soon be on display at the Smithsonian Institution’s National Museum of Natural History in Washington, D.C., according to the U.S. Postal Service. 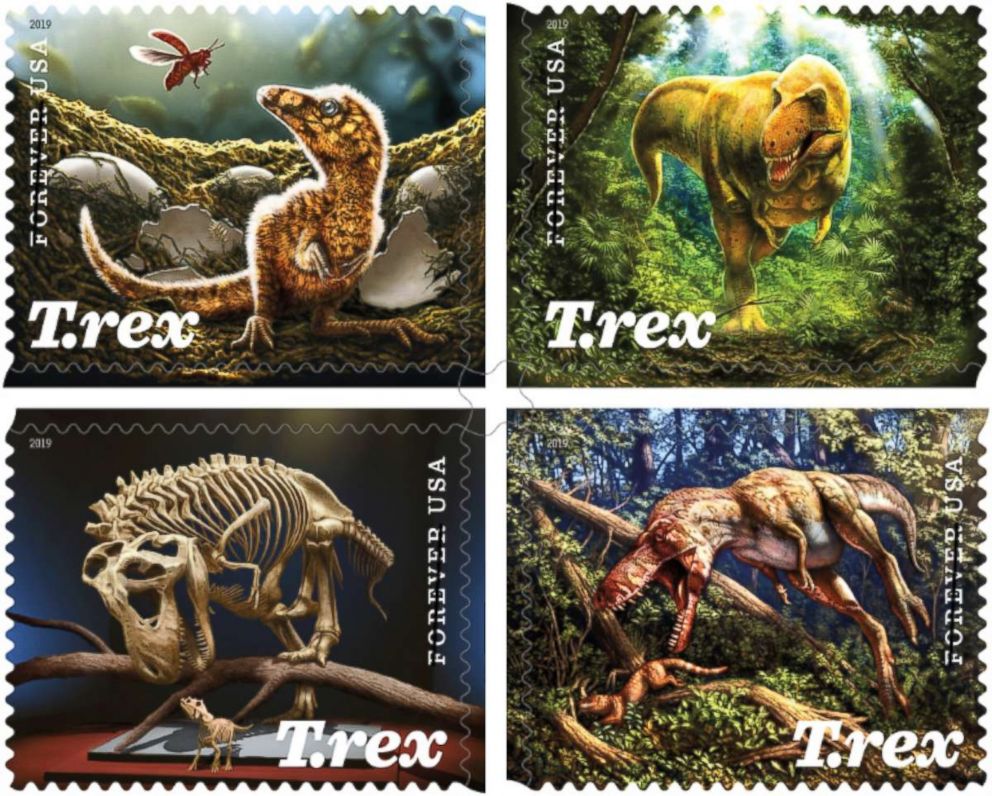 USPS
The Tyrannosaurus rex is featured in a set of forthcoming 2019 stamp designs announced by the USPS on March 12, 2019. 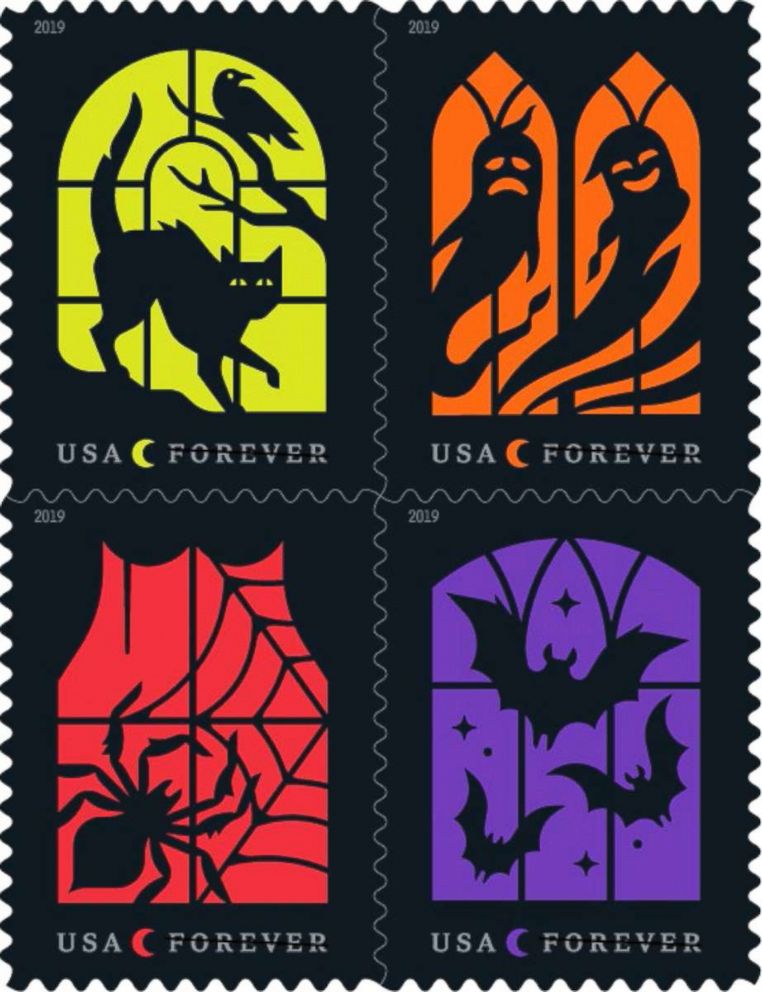 USPS
Spooky Silhouettes for Halloween are among the forthcoming 2019 stamp designs announced by the USPS on March 12, 2019.

More details, including dates and locations for the first-day-of-issue ceremonies, will be released soon.