After a tornado ravaged the small town of Mayfield, Kentucky, hope seemed lost, but one woman has worked tirelessly to help thousands of neighbors get back on their feet in the wake of the deadly devastation.

Sandra Delk runs the fairgrounds in Mayfield that have become a donation hub for relief efforts, especially since a building in the site was left standing.

"It's almost like a miracle that our building was still there. It's on the north side of town where the tornado just went from downtown out and destroyed things. But our building is still there," Kristin King, director and treasurer of Mayfield Graves County Parks told "Good Morning America."

Delk's donation hub is providing clothing, food and love to those in need.

Greg Martin, executive director of disaster relief told "GMA" that "usually the person in charge is somebody that has a title, right? It's director of so-and-so, head of a nonprofit, somebody governmental. When I got to learn about Sandy, I found out she just works at the fairgrounds. She doesn't have a title, but she's the person that everybody looked to for guidance in the middle of chaos."

As donations poured in day and night, Delk was there to ensure people received what they needed. 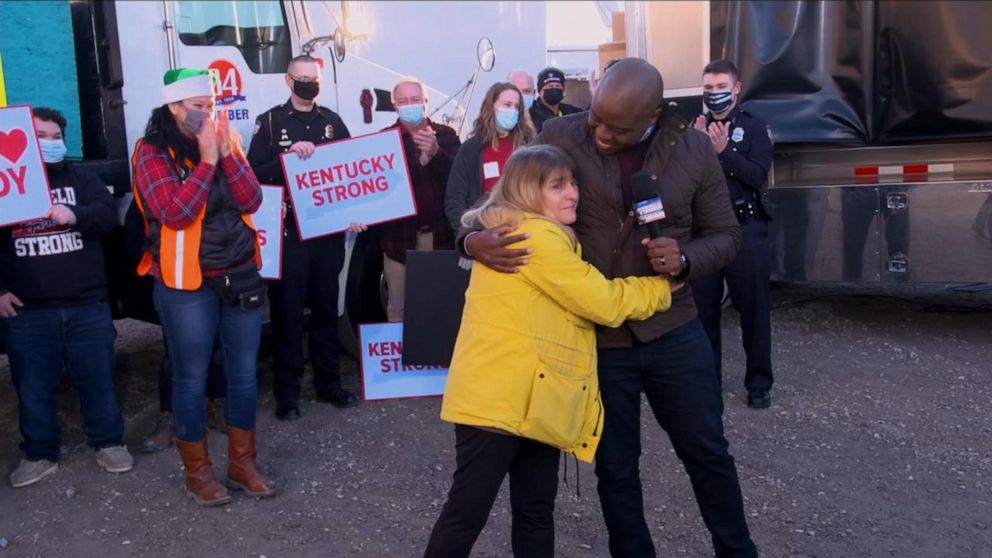 ABC News
"GMA" surprised Sandra Delk in the Mayfield, Kentucky community ahead of the holidays.

Mayor Kathey Stewart O'Nan said that Delk "slept in her car to not leave at night." Adding that it's "typical of what Sandra does -- rather than go home and take care of her own family, slept in her car at the fairgrounds to guard the things that people have brought here to take care of our citizens. If that's not inspiring, I don't know what is."

On Wednesday, "Good Morning America" surprised the woman who has been a pillar facilitating donations within the community.

"GMA" and 84 Lumber presented the city of Mayfield with a $100,000 check and three trucks of lumber to help rebuild. Additionally, Delk was given a new iPhone 13 with a paid 10-year service plan from VISIBLE by Verizon.

"Thank you, this is just amazing," a nearly speechless Delk told "GMA" alongside the mayor. "Words can't express." 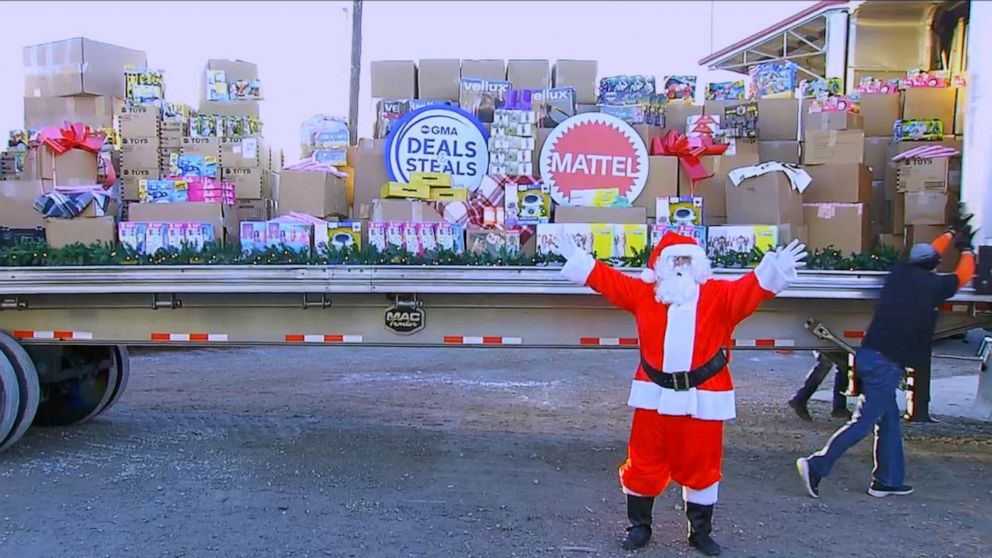 O'Nan added: "We are so blessed by what has come our way. There's no words to describe what has come to Mayfield, Kentucky, and western Kentucky, but what we will need going forward is money to help people build their homes, we have so many people who don't know where they're going and we want to keep them here."

Mattel and Tory Johnson's Deals and Steals donated an additional surprise with a truck full of thousands of toys and gifts for families in need this Christmas.

O'Nan added, "And Sandra is a talker, so when she doesn't know what to say we're in good shape."