A single gal decided to celebrate her 28th birthday in the most epic way.

Nicole Ham was recently captured by her BFF, Stephanie Smith, owner of Southern Stitched Photography, while wrapped in a swaddle and donning a giant bow on her head.

Ham said the hilarious photos were meant to spoof the baby pics that flood her Facebook feed, she told "Good Morning America." 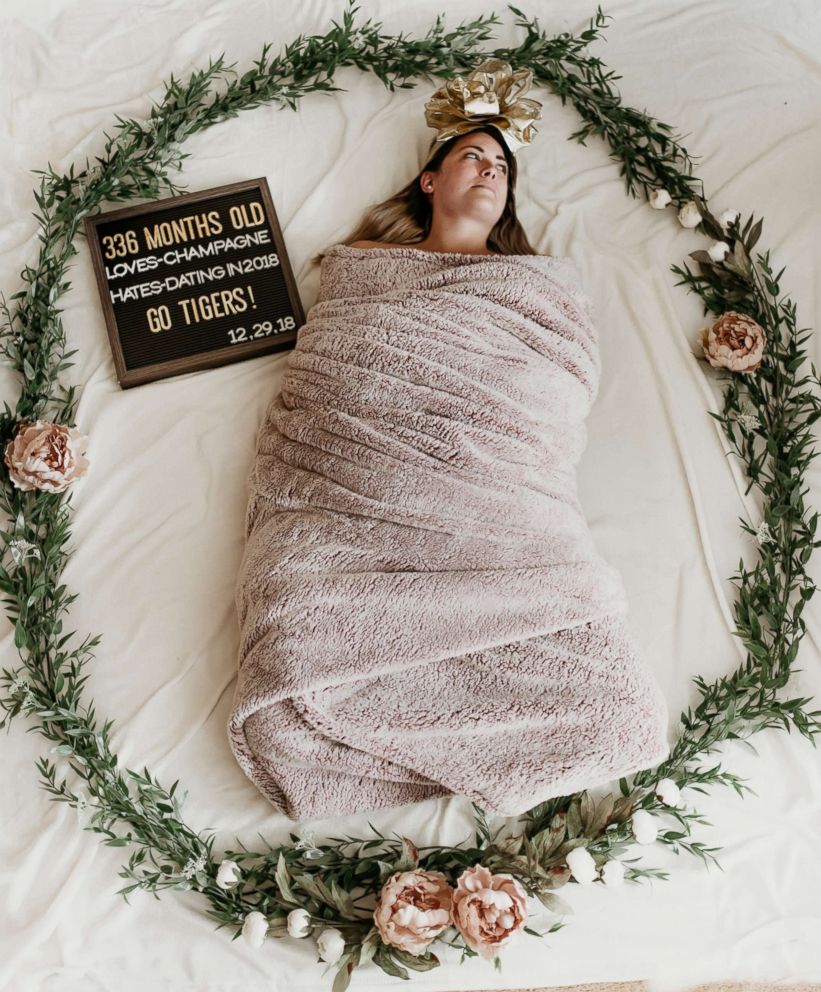 "I was scrolling on my newsfeed and about four or five in a row were those newborn [monthly] milestones," Ham said. "So I said, 'Wow. How many months will I be on the 29th?'"

Ham lives in Nashville, but grew up in South Carolina.

With Ham's birthday coming up, she and Smith wanted to pull off a unique photo shoot to celebrate.

"Being 28 and single, one day you wake up and your newsfeed is flooded with engagements, baby announcements and weddings," Smith told "GMA." "[Ham] came up with the idea to recreate the newborn shoot." 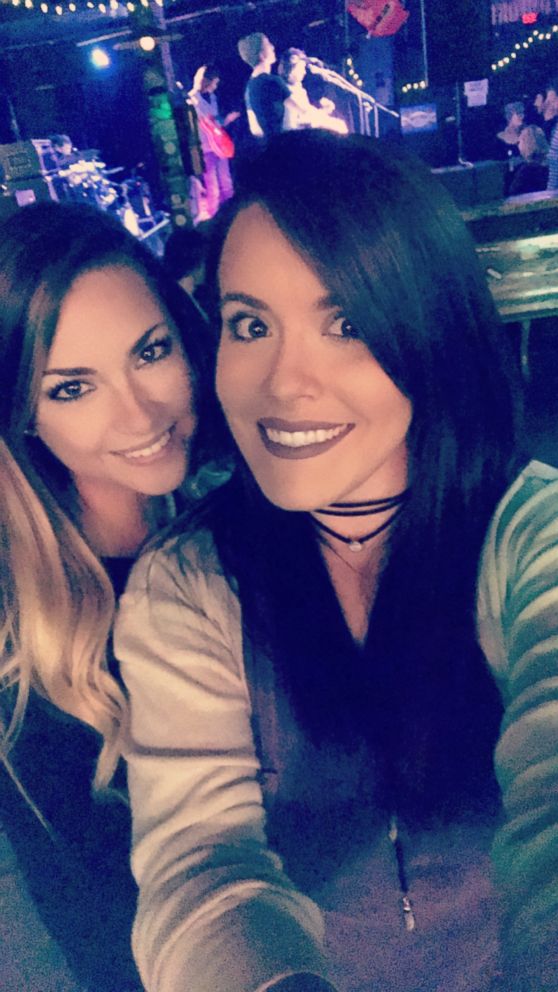 Courtesy Stephanie Smith
Nicole Ham said the hilarious photos that her best friend Stephanie Smith snapped of her were meant to spoof the baby pics that flood her Facebook feed.
Editor's Picks

"I was sold," said Smith. "It was to make light of the trend. It was really hard to keep a straight face the entire time."

Ham was swaddled in an adult blanket while she posed in the center of a faux floral wreath. Beside her was a felt letter board which read: "336 months old. Loves – Champagne. Hates – Dating in 2018. Go Tigers!" 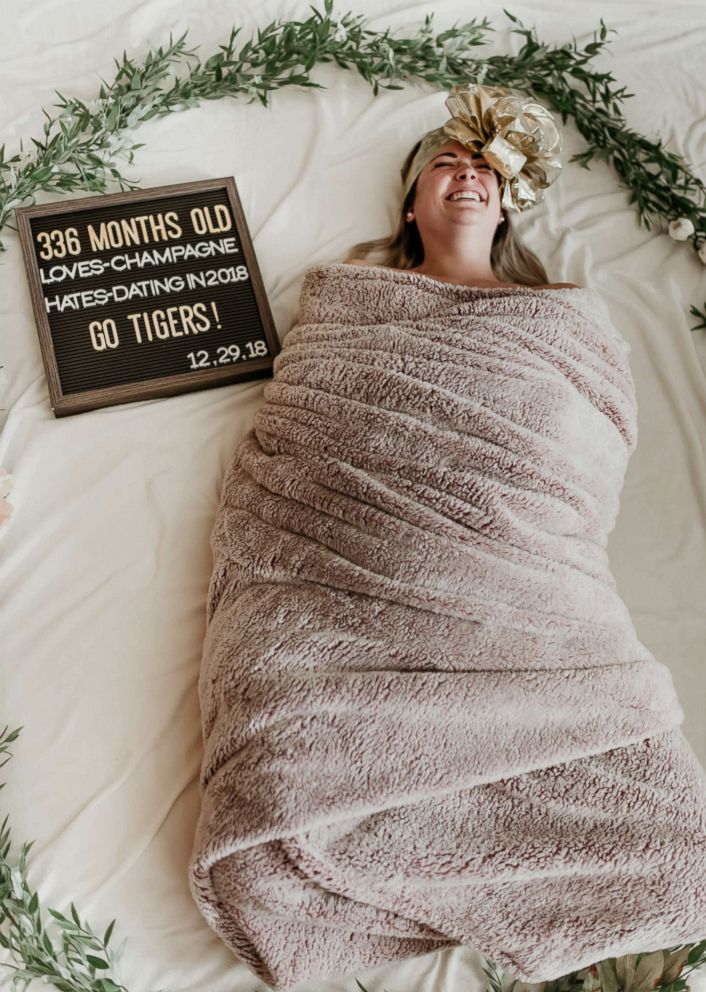 Ham is a Clemson University graduate and the "Tigers" shoutout was to wish her alma mater luck on their football game that took place the day of her birthday, Dec. 29.

The images were shared on Southern Stitched Photography's Facebook page, where they quickly garnered more than 28,000 shares.