Eight-year-old Tyler Stallings has been on a mission to help homeless veterans since he was 4 years old, and so far, this little "superhero" has raised over $50,000 for his cause.

On Thursday Tyler and his mother Andrea Blackstone appeared on "GMA" to talk about the work Tyler does to help homeless veterans.

"It's been a journey but a rewarding one," Blackstone told "GMA." "I just want to encourage people to listen to their kids because you never know where their ideas can go."

Tyler and his mother were then surprised with $25,000 to continue to help veterans in need. The organization where Tyler volunteers, Maryland Center for Veteran Education and Training (MCVET), also received a $25,000 check.

SECRET SANTA SURPRISE: We heard about 8-year-old Tyler Stallings’ mission to help homeless veterans and we wanted to help!#GMASecretSantahttps://t.co/c1xFdmSCHJ pic.twitter.com/0UOLGpXo7T

"I want to help shelters and I also want to help other people to get back on their feet with it," Tyler said after receiving the check.

Blackstone said when Tyler was 4 she wanted to teach him about the importance of veterans because there are several in their family. She turned to YouTube to show her son videos about veterans and the things they do for our country.

(MORE: This man mowed lawns for veterans in all 50 states)

As Tyler was watching these YouTube videos, he stumbled upon one about homeless veterans.

"He saw videos of veterans holding signs to no one responding to their cry for help and he thought this isn't right. He didn't like it," Blackstone said. "He asked me, 'If they're heroes why should they be on the street?'" 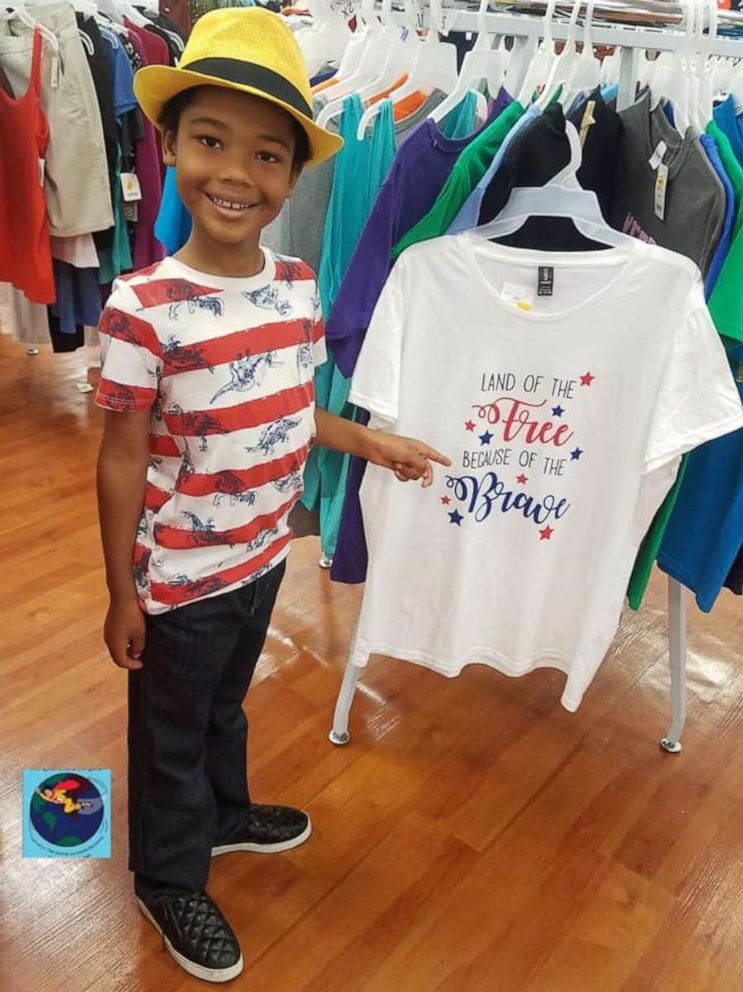 Andrea Blackstone
Tyler says veterans should have the items and products they need "because of all the good things they've done for our country."

Blackstone said 4-year-old Tyler then begged her to take them to Home Depot so they could buy wood and nails and build the veterans houses. She explained to him they couldn't afford to build houses for the veterans. Blackstone then wondered, what could Tyler do to help homeless veterans?

The mother got Tyler in touch with Maryland's Gov. Larry Hogan and with his help Tyler was given a kid's grant of $100 through Start A Snowball. With the help of the grant and a GoFundMe link Blackstone shared on Facebook, Tyler decided that once a year on Veteran's Day, he would gather items like clothes and hygiene products to give homeless veterans care packages.

This went over so well, however, that they decided just Veteran's Day wouldn't do. 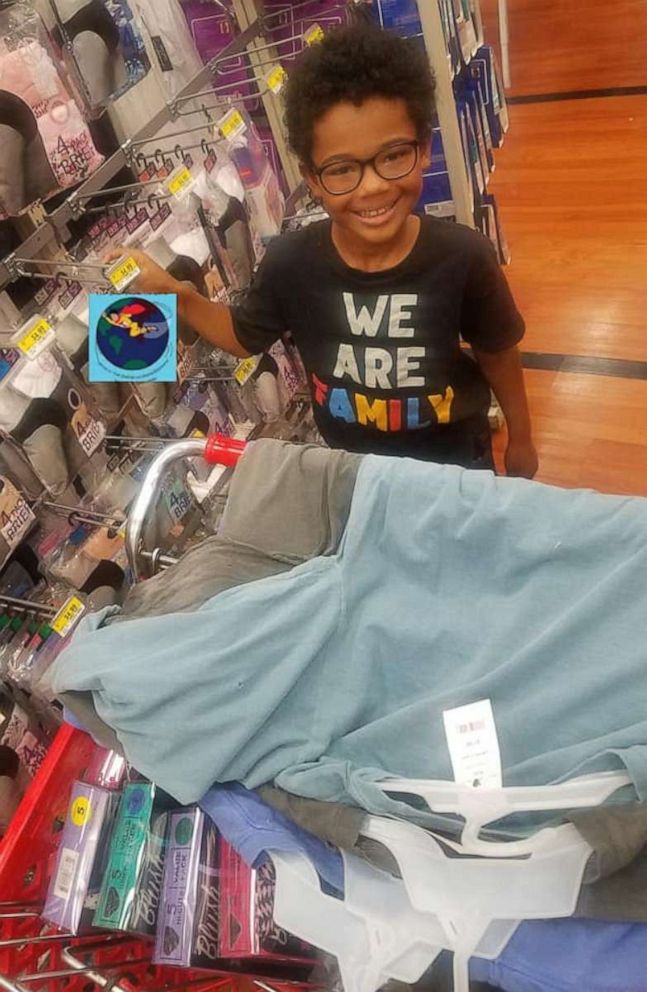 Andrea Blackstone
Tyler is an ambassador and resident "superhero" at the Maryland Center for Veteran Education and Training.

"It was supposed to be a one-time thing, but it turned into an all the time event," Backstone said.

Tyler began to work with the Maryland Center for Veteran Education and Training (MCVET) as the designated "superhero" of their shelter. As their "superhero" Tyler's goal is to raise awareness of the veteran's sacrifices to others and brings "hero bags" for veterans who are homeless or need basic supplies.

Tyler's "hero bags" for veterans include things such as clothes, hygiene products and bedding. Recently, he was able to partner with a mattress company that donated 250 mattresses to MCVET and a backpack company that gifted Tyler backpacks to hold his "hero bag" products. 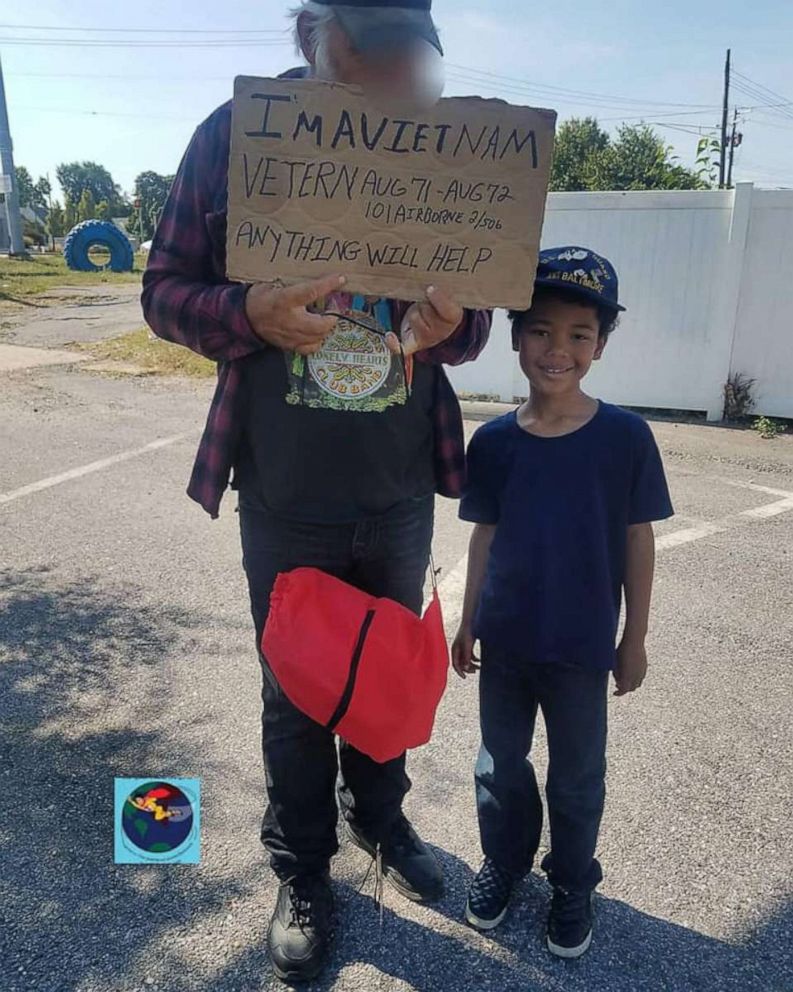 Andrea Blackstone
Tyler has been passionate about helping homeless veterans since he was 4 years old, nearly half of his life.

Over the past four years, Tyler has raised over $50,000 for homeless veterans.

Blackstone says Tyler isn't only helpful veterans, but getting to know the veterans is helping her son as well.

"[The veterans] appreciated it so much. There are a lot of smiles and thank yous involved," Blackstone said. "Tyler learns a lot about humanity and how to bond with people and be kind. I'm so proud of him being vocal and standing up for what he believes in." 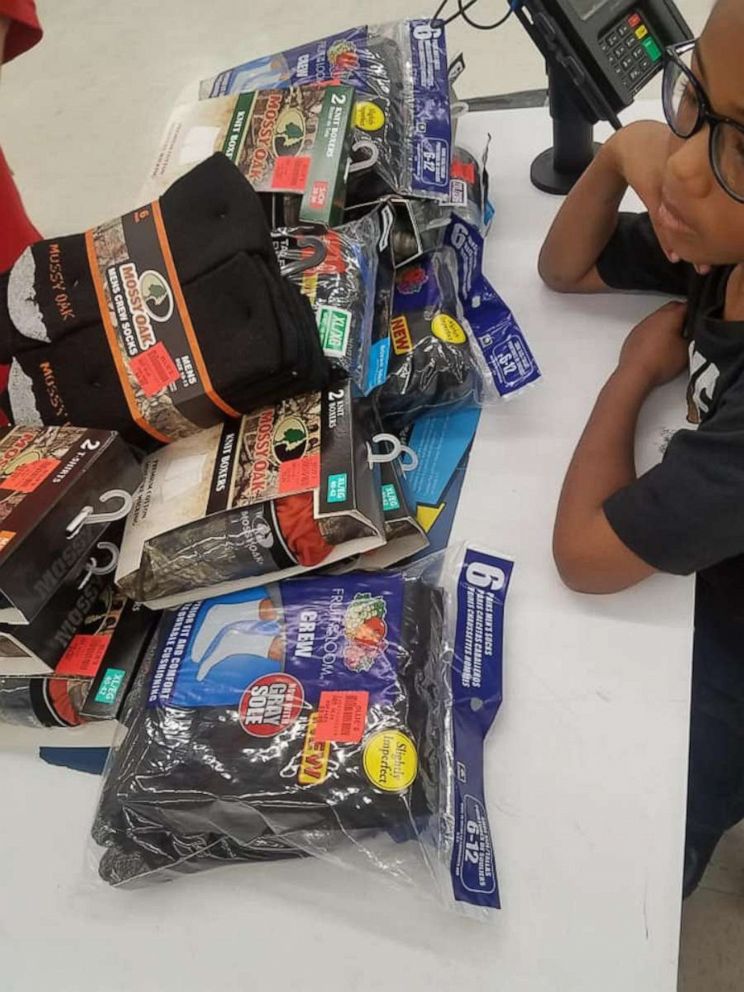 Andrea Blackstone
Tyler purchases clothes, hygiene products and bedding for homeless veterans and places them in what he calls "hero bags."

For Tyler, his work helping homeless veterans is both important and rewarding.

"They should have the things they need because of all the good thing they've done for our country," Tyler said. "It makes me feel very happy and very good when they have a happy reaction." 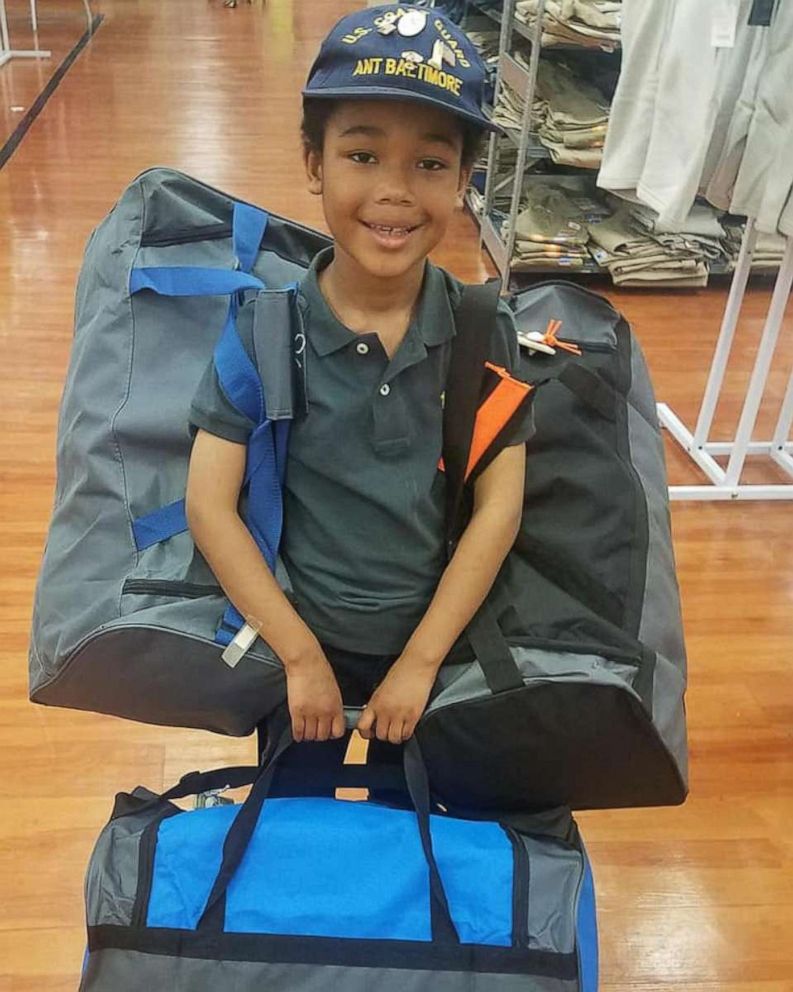 Andrea Blackstone
Tyler's "hero bags" handouts were supposed to be one day a year on Veteran's Day, but because of the positive reaction he now hands them out year-round.

Tyler hopes to raises enough funds for a truck soon, so that he and his mother can use it deliver even more items to the shelter in order to help more homeless veterans.