As hurricane season and summer wildfires loom large, President Joe Biden announced on Monday his administration is doubling the amount of money the government spends helping communities to mitigate natural disasters before they hit, along with developing a new climate data effort at NASA, as the president keeps focus on climate change.

"Today's briefing is a critical reminder, we don't have a moment to lose in preparing for 2021," Biden said during a visit to the Federal Emergency Management Agency headquarters in Washington, where he's also receiving a briefing from his homeland security and climate teams on the Atlantic Hurricane Outlook and preparedness efforts for 2021.

"Now, it's time to get ready for the busiest time of the year for disasters in America: Hurricane season in the South and East, and the fire season out West. I'm here today to make it clear that I will insist on nothing less that readiness for all these challenges," Biden said, announcing $1 billion, doubling previous funding, will go to FEMA's Building Resilient Infrastructure and Communities (BRIC) program, which provides support for states, territories, tribes and rural communities' preparation efforts in advance of extreme weather events. 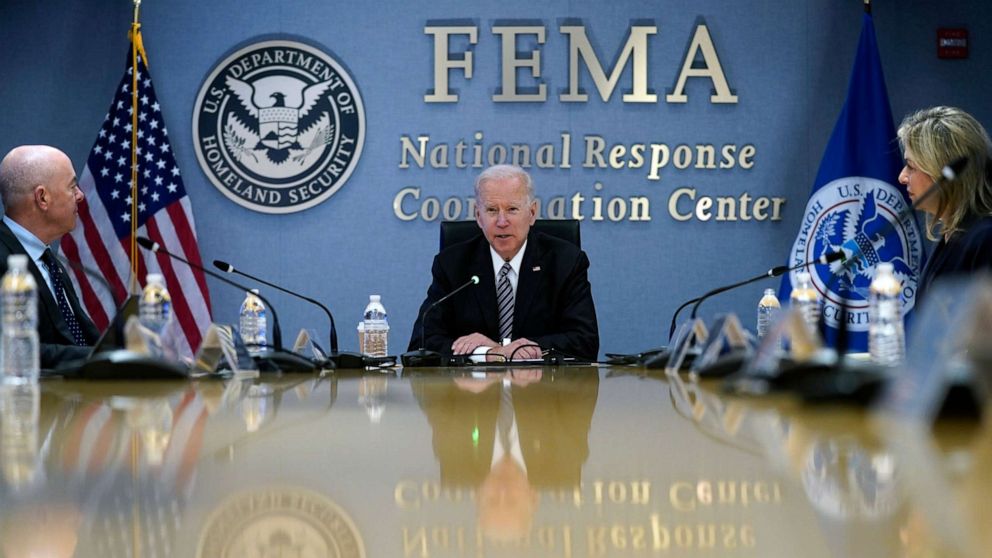 Evan Vucci/AP
President Joe Biden participates in a briefing on the upcoming Atlantic hurricane season, at FEMA headquarters, May 24, 2021, in Washington.

"It's going to help communities, including those too often overlooked, and it's going to invest in resilience and better protect themselves to serve for other climate events we're going to be facing," Biden continued.

The president's visit to FEMA comes as the National Oceanic and Atmospheric Administration (NOAA) anticipates another above-normal season this year, following an unusual winter storm season in the South. On top of the devastating impact of the coronavirus pandemic, Biden acknowledged the U.S. experienced a record year for extreme weather in 2020, with a cumulative price tag of nearly $100 billion in losses across 22 separate weather and climate-related disasters, shattering previous records.

MORE: 2020 was a record-breaking hurricane season. Here's what NOAA says to expect in 2021.

"This year, NOAA is focusing on another severe season. Perhaps, and God willing, not as bad as 2020, but still quite bad," Biden continued, heaping praise on FEMA. "Being there to help clear roads, rebuild main streets, and so that families can get back to their lives. That's what FEMA does every single day. And as my mother would say, 'They're doing God's work.'"

Pulling from one of his campaign lines, Biden said disaster readiness is "not about red states and blue states" but "about having people's backs in the toughest moments that they face -- ready with food, water, blankets, shelters, and more."

White House press secretary Jen Psaki at Monday's news briefing did not have specifics on where the money was being rerouted from but said the change in budget, while modest in addressing the cost of natural disasters at large, is a reflection of how the administration is "planning ahead."

"The forest fires that we know have impacted many parts of California," Psaki said earlier in the briefing as an example. "We know where they may impact and our effort now, internally, is to get ahead of that and work, use every lever we have in government, in coordination with local and state authorities to make sure we're as prepared as we possibly can be."

The administration is painting the announcement as showing Biden's "whole-of-government approach in support of climate resilience goals" -- a stark contrast from the language and priorities of the Trump administration. Former President Donald Trump, for instance, faced criticism for suggesting that raking forests would prevent wildfires while visiting a devastated region of California. 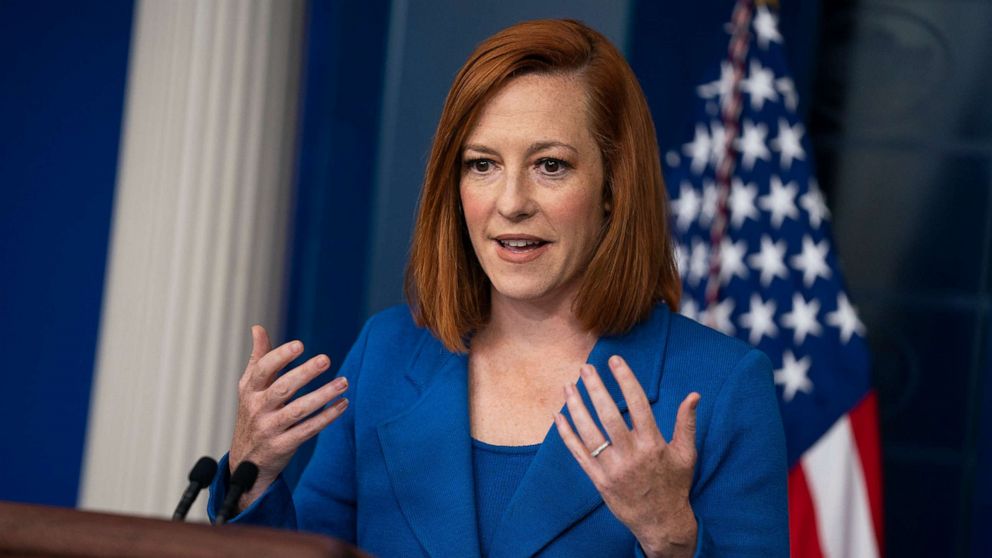 Evan Vucci/AP
White House press secretary Jen Psaki speaks during a press briefing at the White House, May 24, 2021, in Washington.

The president had hoped to sign Democrats' Justice for George Floyd Policing Act by Tuesday -- the anniversary of Floyd's death -- but bipartisan negotiations are stalled in a gridlocked Washington. The Biden administration is also facing roadblocks to its costly infrastructure plan which moderate Republicans are calling too expensive. It comes as the parties also continue to spar over how to respond to heightened security concerns in the wake of the Jan. 6 Capitol attack.

The first named storm of the 2021 season, Subtropical Storm Ana, formed and dissipated in the North Atlantic on Saturday morning -- marking the seventh consecutive year that a named storm has developed in the Atlantic prior to the official start of hurricane season.