The event marked the first summit since 2016 and was also the first hosted by the White House.

During the summit, Biden signed a new executive order directing the departments of Justice, Interior, Homeland Security and Health and Human Services to create a "comprehensive strategy to improve public safety and justice for Native Americans," as well as addressing the "epidemic of missing and murdered indigenous people," according to the White House. 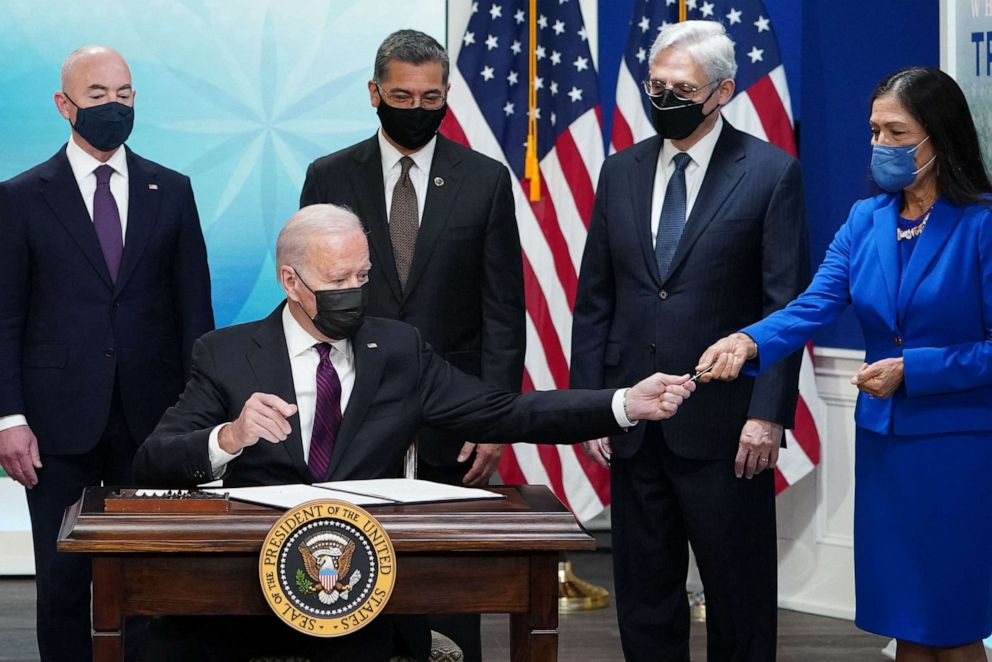 Mandel Ngan/AFP via Getty Images
President Joe Biden hands a pen to Secretary of the Interior Deb Haaland after signing a executive order to protect Natives Americans against violence during a Tribal Nations Summit, Nov. 15, 2021, at the Eisenhower Executive Office Building, next to the White House in Washington, D.C.

He also proposed a 20-year ban on federal oil and gas leases in Chaco Canyon and surrounding areas in northwestern New Mexico, a sacred tribal site.

Interior Secretary Deb Haaland introduced Biden, noting how she made history as the first Native American appointed to a Cabinet position.

"We are still here and we have a voice," Haaland said. 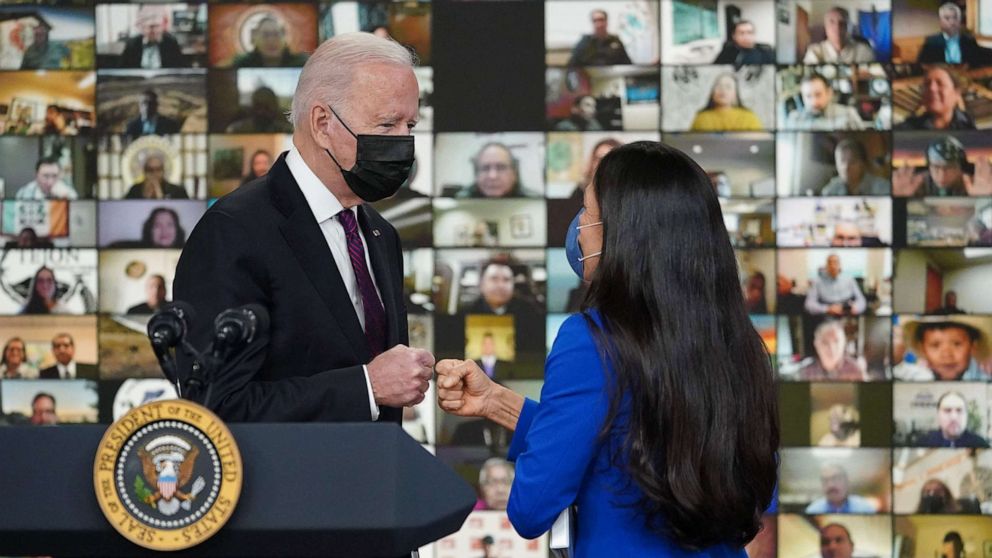 Mandel Ngan/AFP via Getty Images
President Joe Biden and Secretary of the Interior Deb Haaland greet each other at the Tribal Nations Summit in the South Court Auditorium of the Eisenhower Executive Office Building, next to the White House, in Washington, D.C., Nov. 15, 2021.

Biden highlighted the impact his first big legislative achievement, the American Rescue Plan, had on tribal communities, noting that Native Americans were disproportionately hard hit by the COVID-19 pandemic.

"Today, the Native Americans have gone from being the population most harmed by COVID to one of the populations most vaccinated against COVID," Biden said. "That success has a lot to do with tribal leadership, but it also has to do with the American Rescue Plan, which included over $31 billion -- for tribal nations, the most significant investment in the history of Indian Country, long overdue."

The president emphasized policies in the bipartisan infrastructure deal that will impact tribal communities, which he is scheduled to sign into law Monday afternoon. 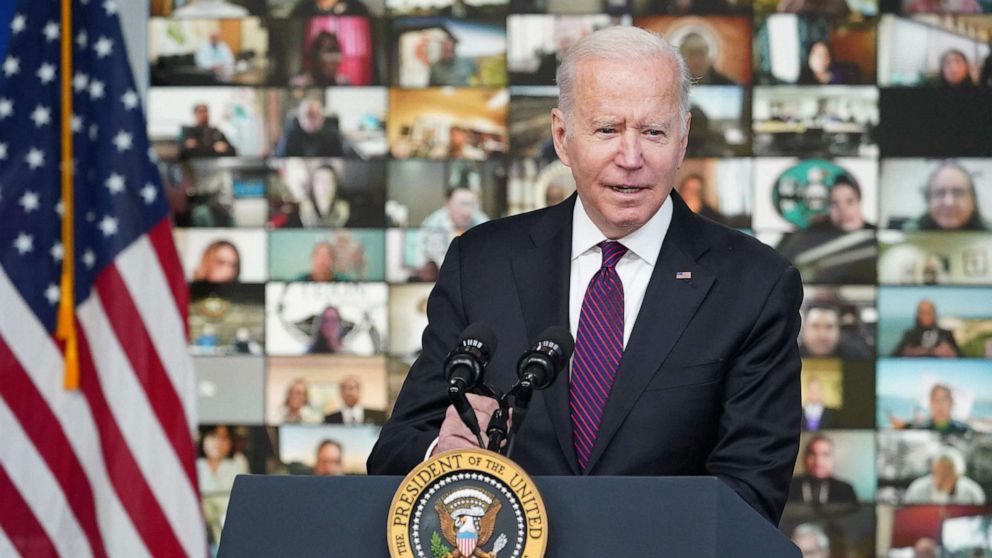 Mandel Ngan/AFP via Getty Images
President Joe Biden speaks at a Tribal Nations Summit in the South Court Auditorium of the Eisenhower Executive Office Building, next to the White House, in Washington, D.C.. Nov. 15, 2021.

"Everyone knows we're long overdue to make major investments in infrastructure, but nobody knows that better than Indian country," Biden said. "Tribal lands have been chronically underfunded for generations, and so I'm very proud to say that when I sign the bill outside on the South Lawn shortly, the single largest investment in tribal infrastructure ever is going to occur, more than $13 billion in direct investments to Indian country, and tens of billions more in grants and future funding opportunities."

Shannon Holsey, president of the Stockbridge-Munsee Band of Mohican Indians, praised Biden for holding the summit and the steps he announced.

"I applaud this administration's commitment to upholding the U.S. trust responsibility to our tribal nations by strengthening the nation-to-nation relationship between the United States and Indian tribes, and working to empower tribal nations to govern our own communities, to make our own decisions, and also for answering the call from Indian country to appoint a Native American as cabinet secretary," Holsey said in virtual remarks introducing Haaland.

"These efforts, again, to use the word my dad would use much, are a matter of dignity” Biden said. “That's the foundation of our Nation and Nation partnership, that's what the summit is all about."

Former President Barack Obama established the conference, but his successor, former President Donald Trump did not host one. The event's name was later changed from "conference" to "summit" to recognize the nation-to-nation relationship. Biden last addressed tribal leaders in 2014 at an Obama administration conference.