A family who got stranded atop a 40-foot waterfall during a camping trip in the California woods turned their reusable water bottle into a cry for help that led to their safe rescue.

Curtis Whitson, his 13-year-old son Hunter Whitson and his girlfriend, Krystal Ramirez, were in the middle of what was supposed to be a four-day hike of California's Arroyo Seco in June when they became trapped in an isolated section of the area known as the waterfall.

Curtis Whitson
An undated photo of the waterfall in Arroyo Seco, California.

"It was just the water level that caught us by surprise and we thought we had that under control," Curtis Whitson told ABC News in an exclusive interview. Their "timing was just not right," he added.

The rope and carabiners that should have been fastened into the rocks were missing.

"One bad step or one misjudgment in regards to that strength of that river and it could've just carried us right over the edge and that could've been it," Curtis Whitson explained. 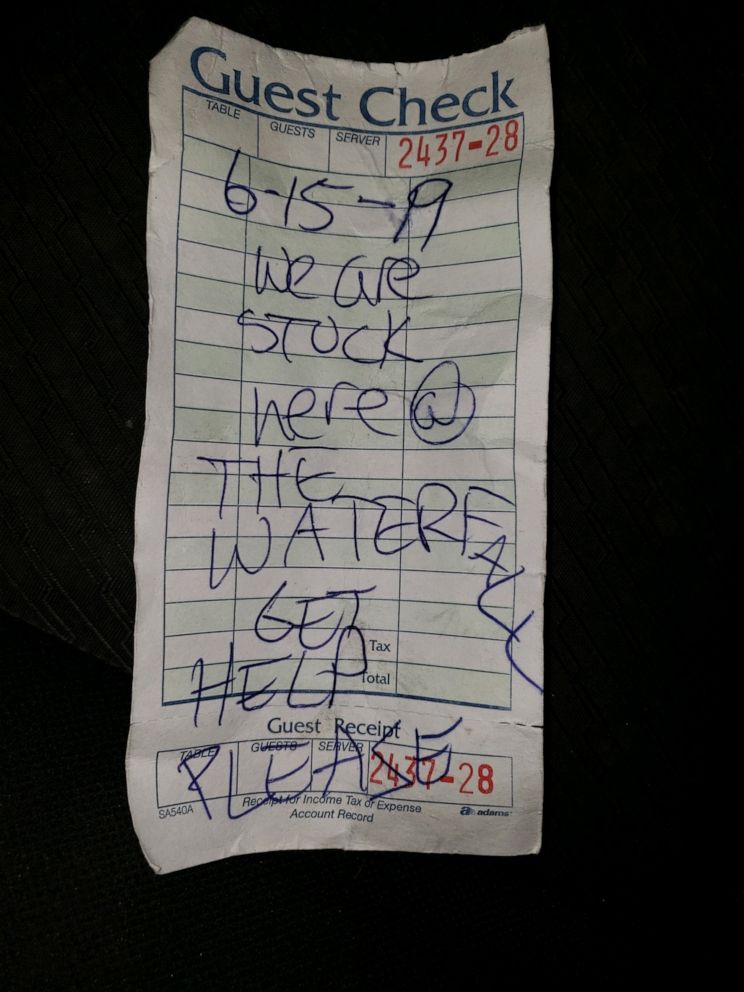 The family found a clever way to send for help with a small paper receipt and a reusable water bottle.

"The first thing on it was the date and then below it said, 'Stuck at Waterfall. Please Send help!'" Ramirez said of the note. Curtis Whitson etched the words "GET HELP" on the outside of his bright green Nalgene bottle, secured the note inside and threw the vessel over the falls in hopes of someone finding it. 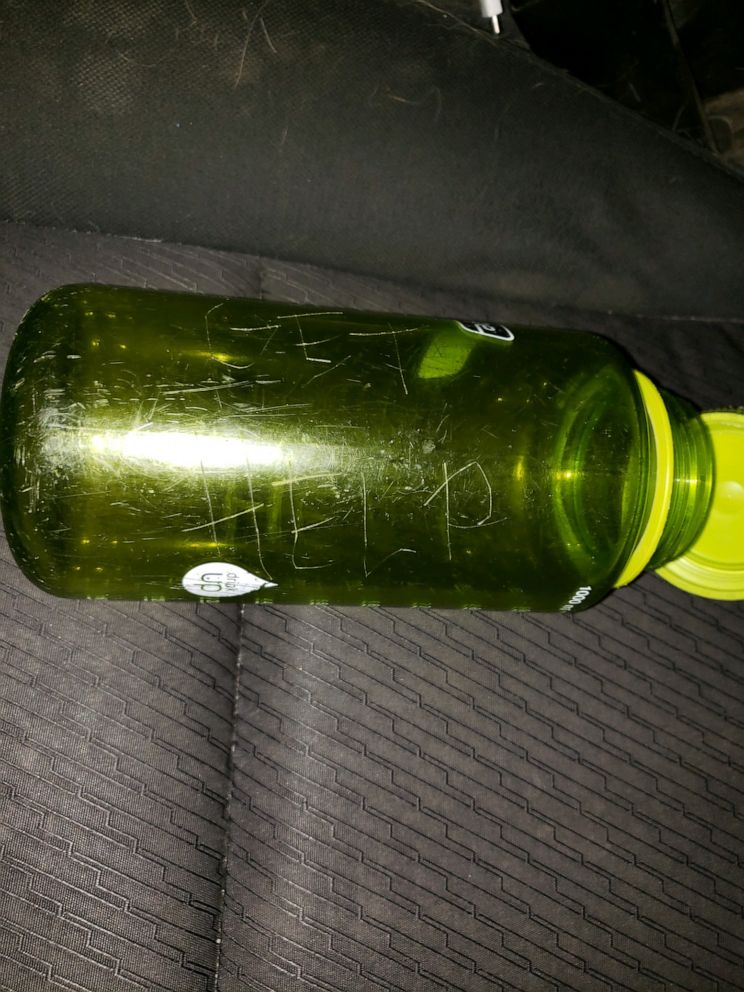 "I looked at Hunter and said we've done all we can do. Now it's just a matter of just waiting to see what happens next and wait for people to come," Curtis Whitson said.

Two hikers nearly a half mile from the falls found the bottle downstream and notified a campground manager who alerted authorities. The family was rescued via helicopter the next day.

The stranded trio made their way a few yards upstream and fashioned a SOS sign out of rocks, where Joe Kingman, the rescue pilot, later retrieved them.

"At 12 o'clock at night my dad started shaking me and said, 'They're here, they're here!' And we see a helicopter," Hunter Whitson recalled. 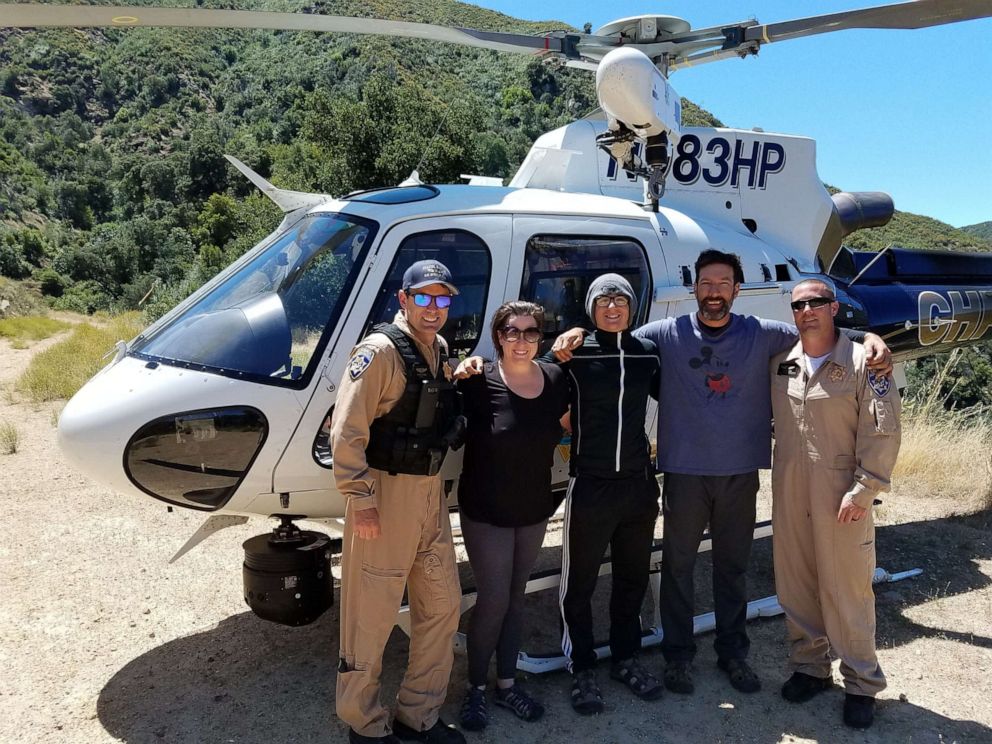 "They said, 'This is search and rescue and you have just been found.' And I'm pretty sure I fell to my knees," Ramirez said.

Kingman arrived with a rescue crew and airlifted the group one-by-one.

"A lot of pieces fell into place just right for these folks," Kingman said, adding that in 23 years of rescues he had never heard of a message in a bottle prompting a rescue.

"Stuff like that only happens in the movies really," Hunter said. "Seeing like an actual message in a bottle be the reason someone actually got saved is just mind blowing to me."

Ramirez gave Curtis Whitson a new Nalgene bottle shortly after the incident, but this time tucked a love note inside.