As e-cigarettes usage by youth is being called a national epidemic -- a new study released Monday shows e-cigarette users are 1.3 times more likely to develop lung disease than non-smokers. E-cigarette companies in the United States are allowed to market their products as alternatives to traditional cigarettes, but cannot make claims that they will help you quit smoking. The FDA recently told the market leader Juul to stop saying its products are "much safer" than combustible cigarettes.

According to the study, published in the Journal of Preventive Medicine, people who smoke both e-cigarettes and tobacco cigarettes are 2.6 times more likely to develop lung disease, which includes chronic bronchitis, asthma and emphysema.

(MORE: 3 things you might be getting wrong about the vaping epidemic, as lung injuries top 1,000 cases)

“It’s a double scam. A smoker uses e-cigarettes to try to quit and they find it’s harder to quit and their risk of disease goes up” says Dr. Stanton Glantz, professor of medicine and director of the Center for Tobacco Research Control and Education at the University of California, San Francisco and one of the study’s primary authors.

The study looked at the smoking habits of more than 32,000 adults over three years and compared e-cigarette users to tobacco cigarette users including traditional cigarettes, cigar and hookah smokers.

While people who did successfully switch from tobacco cigarettes to e-cigarettes only had a 1.5 times likelihood of developing respiratory disease, this represented less than 1% of the study population. The study cited previous research that showed use of an e-cigarette decreased a person’s likelihood of quitting smoking.

The study follows a recent report from the Centers for Disease Control and Prevention on the rising trend of e-cigarette among youth. According to the CDC, rates of e-cigarette use increased from 3.6 million in 2018 to 5.4 million in 2019 among middle and high school students.

In light of these numbers and the study’s findings on e-cigarette use and respiratory disease, Glanz sees the study as a call for the government to take action on e-cigarettes. 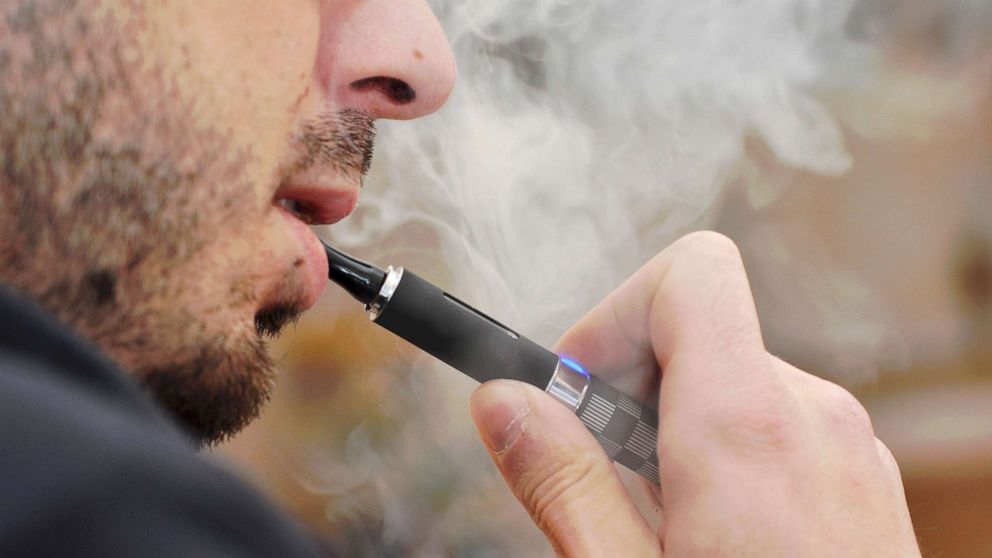 In testimony to Congress earlier this month, Mitch Zeller, director of the Food and Drug Administration's Center for Tobacco Products, noted that almost 75% of high schoolers and more than 50% of middle schoolers who use e-cigarettes exclusively used flavored cigarettes.

For Glanz, the ban is a public health necessity. “The FDA needs to clamp down on flavors, it’s time to shut off the spigot.”