In honor of Asian Pacific American Heritage Month, legendary journalist Connie Chung told ABC News' Nightline co-anchor Juju Chang about why she wrote about her own experience with assault in an op-ed to Christine Blasey Ford after she publicly accused Justice Brett M. Kavanaugh of sexually assaulting her three decades ago.

In October 2018, the pioneer female journalist and news anchor penned a letter in the The Washington Post directed towards the psychology professor at Palo Alto University and a research psychologist at Stanford University in California titled, "Dear Christine Blasey Ford: I, too, was sexually assaulted — and it’s seared into my memory forever." It was the first time Chung revealed her own sexual assault from a family doctor during her college years. 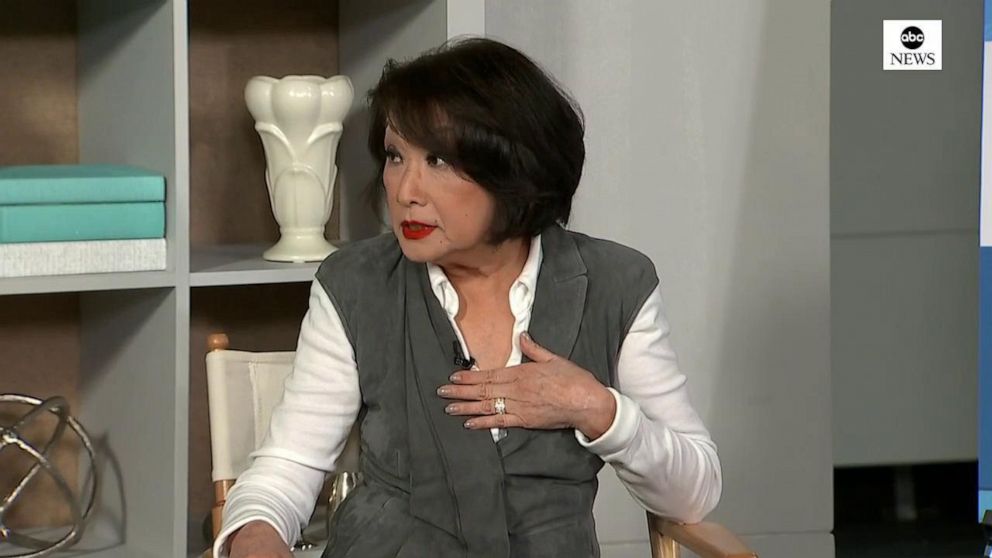 On Monday, Chung opened up about why she wrote the letter in the first place, and what it meant to her.

"I have had an experience where I was in college, my family doctor actually molested me," Chung said about her sexual assault. "I decided, I was so incensed that people did not believe her. And once something has happened to you, you do not forget who it was or what happened."

"I was so angry at the people who did not believe her," Chung said about her decision to write the op-ed piece. "I was hoping that if I had any shred of credibility left from my journalistic days that maybe... it would turn the tide."

"Well it didn't, and that's so unfortunate," Chung added.

Kavanaugh was confirmed to the Supreme Court three days after Chung's piece was published in October, 2018, by a 50 to 48 vote in the Senate.

As a career woman who's discussed her experiences being hazed early on in her industry, Chung agreed that misogyny and sexual abuse often overlap one another. In an effort to try to keep up with the powerful men around her – both in her office and around the White House – Chung said she "would just try to be one of the guys" by making any jokes they were thinking about saying before they could.

Chung admitted this helped during her days covering Watergate, but she's not sure it would work today, calling what journalists have to endure under a Donald Trump administration as "unbelievable" and "horrifying."

"We are not the enemy of the people," Chung said. "Nothing compares to what's going on now. I mean, I'd be afraid to be a reporter now."

Despite that, Chung maintained her go-getter attitude when she said President Donald Trump is the one interview she would go after today. "I want to do it. I want to get the stuff everybody wants from him. I could do it!" 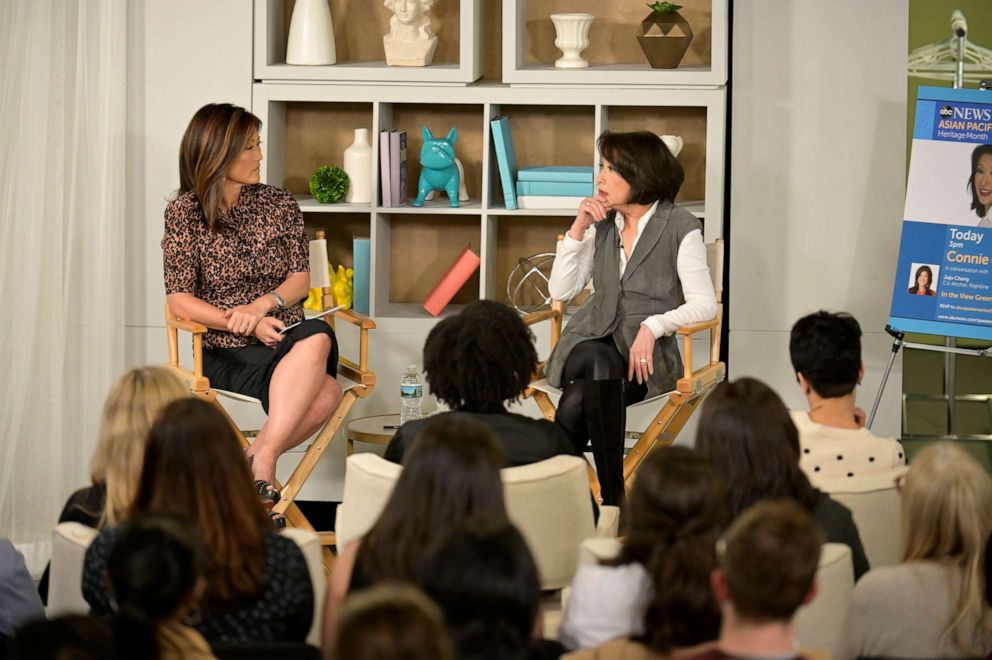 Chung became the first woman to co-anchor CBS Evening News, as well as the second woman and first Asian American to anchor one of America's major network newscasts in 1993. She said the biggest barrier in her career was none other than co-anchor Dan Rather. "Ain't no barrier like his barrier!" she joked.

"Dan Rather had to move over a few inches to make room for me. It was my dream job," she continued. "And my dream came true."

Barbara Walters, the first woman to anchor on a major network newscast, warned Chung of the pitfalls she might encounter. As wonderful as phone calls from Walters were, Chung said the milestone in her career "was not fun."

"I thought everything was going plain fine, you know? But after two years I was given the boot," she said.

After leaving CBS, Chung went through various avenues in broadcasting, including anchoring for ABC's "20/20." Eventually she put her career on hold to raise her son, Matthew, with her husband, TV show host Maury Povich,

The one thing Chung thinks she might have done differently in her career is go back to work. After not working for a decade or more, Chung feels that she lost face and more than anything despises not having a paycheck.

"I don't like sponging off my husband," she said of Povich.

Today, Chung is considering doing a one-woman show on Broadway.

Chung joined ABC News as part of the Asian Pacific American Month speaker series, which was catered by Panda Express. Panda Express, founded by Chinese immigrants in California, honors people like Chung who have enriched America’s history and contributed to the country's strength and diversity. This year, stars like Harry Shum Jr. and Chloe Kim were celebrated as part of the company’s “Asian American Originals” campaign (apahm.pandaexpress.com) for APAHM.