The cost of care at clinics is a major factor driving patients to seek self-managed abortion through telemedicine, a new study published Friday found.

Aid Access, a nonprofit advocacy group founded by a Dutch doctor, helps individuals access abortion by arranging to mail mifepristone and misoprostol, the pills that make up a medication abortion, directly to people -- thus, they can have a self-managed abortion, meaning they take care of it outside a traditional medical setting. The study, published in the peer-reviewed JAMA Network Open, used data from the organization.

Between March 2018 and March 2020, 57,506 people from all 50 states requested self-managed medication abortion through Aid Access.

Among the requests, 73.5% said they were specifically seeking self-managed abortion because they were unable to afford in-clinic care. An abortion can cost as much as $1,500, according to Planned Parenthood, and that number varies widely based on what form of abortion and if a patient has insurance that covers the procedure. Under the Hyde Amendment, federal Medicaid does not cover abortion, although some states have different rules.

In-person abortion care can also incur other costs due to the heavy restrictions around the health care procedure, such as transportation, child care and lodging, especially if a state requires a patient do two office visits over multiple days.

MORE: Is Ginsburg's death the end of Roe v. Wade? This time, some experts say, it could be.

The next most common reasons individuals sought self-managed medication abortion were privacy, for 49.3% of respondents, and distance from a clinic, for 40.4% of respondents.

While abortion is legal, various state laws make it difficult for clinics to open or remain open, which creates long distances for patients to travel. A 2019 article in the Journal of Women's Health found that while 65% of abortion patients traveled less than 25 miles one way to access care, 18% traveled more than 50 miles one way. A 2017 study by ANSIRH at the Bixby Center for Global Reproductive Health found 27 cities that qualified as "abortion deserts," meaning residents have to travel 100 miles or more to reach an abortion clinic. 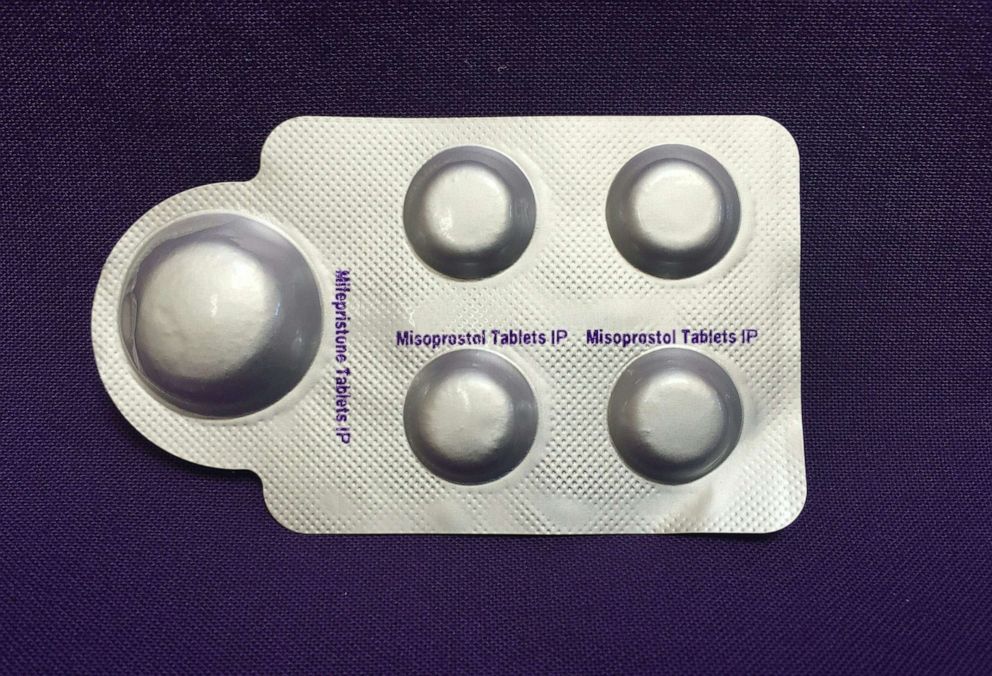 PLAN C/AFP via Getty Images, FILE
A pack of misoprostol tablets, one of the two medicines used together that are called the abortion pill.

The new JAMA study also found the states with the highest rate of requests for self-managed medication abortion through Access Aid were Louisiana and Mississippi, which are especially hostile to abortion rights legislatively.

Early this week, the Supreme Court announced it would hear a case about a Mississippi law that would ban abortions after 15 weeks' gestation. Last year, the Supreme Court made a major ruling reaffirming abortion rights on a case out of Louisiana.

"The study makes clear that self-managed abortion is already happening in the United States, it's happening in every state, but we see the highest demand for it in the states with the most policy restrictions," lead author Dr. Abigail Aiken of the LBJ School of Public Affairs at the University of Texas at Austin told ABC News. "And so we are already living in a world where in-clinic abortion is out of reach for many people."

A medication abortion works by taking two pills, mifepristone, which stops the production of progesterone, and misoprostol, which prompts an abortion, and is used in pregnancies up to 11 weeks. It is known to be widely effective and safe; a 2013 study of 47,283 subjects found 0.3% were hospitalized for complications, and a 2015 study of 33,846 patients found it was 96.7% effective at ending pregnancies.

Aid Access operates "in what I would call a legal gray area," Aiken said, as there are varying restrictions around mailing pharmaceuticals and the organization has fought with the Food and Drug Administration.

Due to medication abortion's safety record, Aiken said, the biggest risks to those who self-manage are not medical, but legal.

"Even though most states do not have laws explicitly banning self-managed abortion, there have been instances of prosecutors trying to throw spaghetti at the wall and basically prosecute people on any kind of statute they can find because there is an appetite for punishing pregnant people in this country," she said.