Thousands of protesters took to the streets of Philadelphia on Saturday, but two stood out in particular: a bride and groom.

Kerry-Anne and Michael Gordon began their small wedding ceremony outdoors just as thousands descended upon the Benjamin Franklin Parkway to protest police brutality in the wake of George Floyd's death.

They had known the protest was happening, but decided to keep their date. They had already postponed their larger wedding party to 2021 over the novel coronavirus pandemic and wanted to be married.

And while they hadn't actually expected to be in the midst of the masses, they were glad they were. 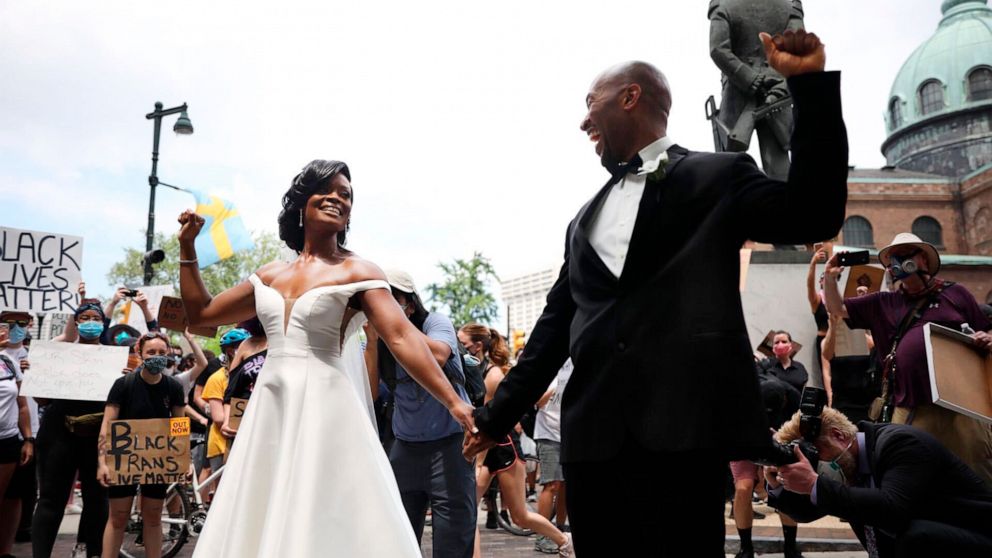 Tyger Williams/The Philadelphia Inquirer via AP
Kerry Anne and Michael Gordon came out to the crowd during a protest, June 6, 2020 in Philadelphia over the death of George Floyd.

"It ended up being a very powerful moment," Kerry-Anne Gordon, 35, told ABC News. "Not only are we feeling the movement of the people ... but I'm meeting my husband, on our wedding day, as a strong black man and a good representative of who we are as people, what our men are like, what our culture is like. It was just a very, very empowering moment for us considering all of this is happening at one moment in one time."

Protests have erupted across the country over Floyd's death on May 25. Floyd was restrained by police over allegedly using a counterfeit $20 bill and died in police custody after an officer kept his knee on Floyd's neck for nearly nine minutes.

Michael Gordon, 42, said the issues at hand have been in place well before Floyd's death. For both of them -- Kerry-Anne Gordon, who was born in Jamaica, and Michael Gordon, who is of Caribbean descent -- they've felt it on a personal level. Seeing multiple races at the protest made the day "more memorable." 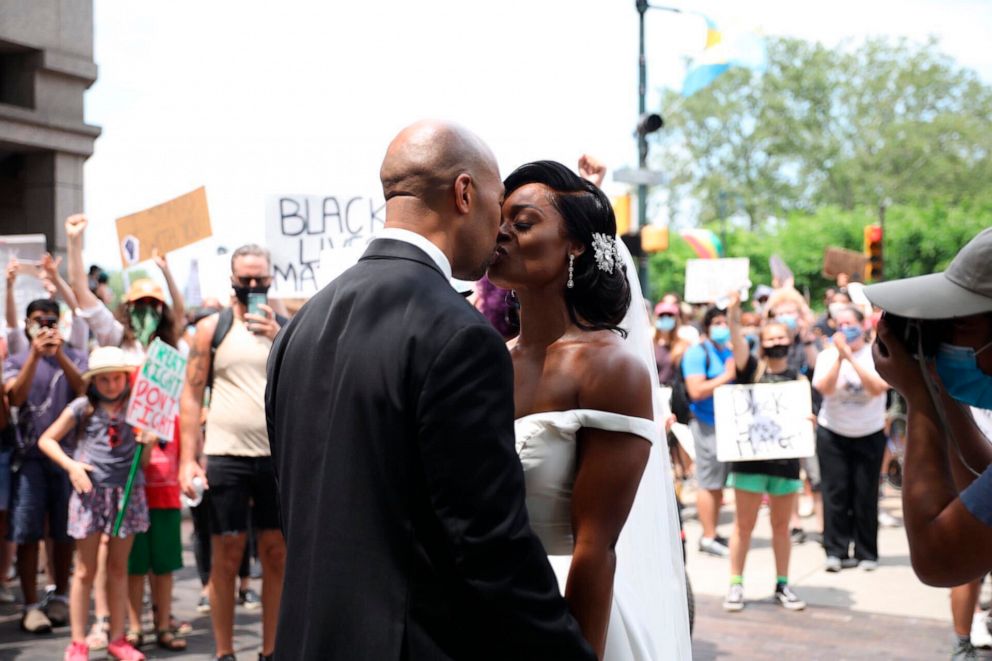 Tyger Williams/AP
Kerry Anne and Michael Gordon came out to the crowd during a protest, June 6, 2020, in Philadelphia over the death of George Floyd.

"We all see this injustice. We all want to see this needle shift away from the status quo and ... that made this day more memorable in ways," Michael Gordon said.

He described Saturday's protest as entirely peaceful, a message he was glad to amplify through the wedding photos that circulated online of them amidst protesters.

"That's what the entire event out there was about. Of course there was police and National Guard, but it was a peaceful protest. Everyone was so nice," Gordon said. "That in itself showed what the movement can be and for us to be a part of that, it's a positive thing."