Georgia's so-called "heartbeat law" can go into effect, a federal appeals court ruled on Wednesday, making the state the latest to institute a six-week ban on abortion since the U.S. Supreme Court struck down Roe v. Wade.

The court additionally allowed the ban to take effect immediately -- instead of later this summer, as was initially expected -- in an unusual move abortion rights advocates criticized as "horrific."

The bill, which Gov. Brian Kemp signed into law in 2019, had been blocked from going into effect since a lower court ruled it unconstitutional. 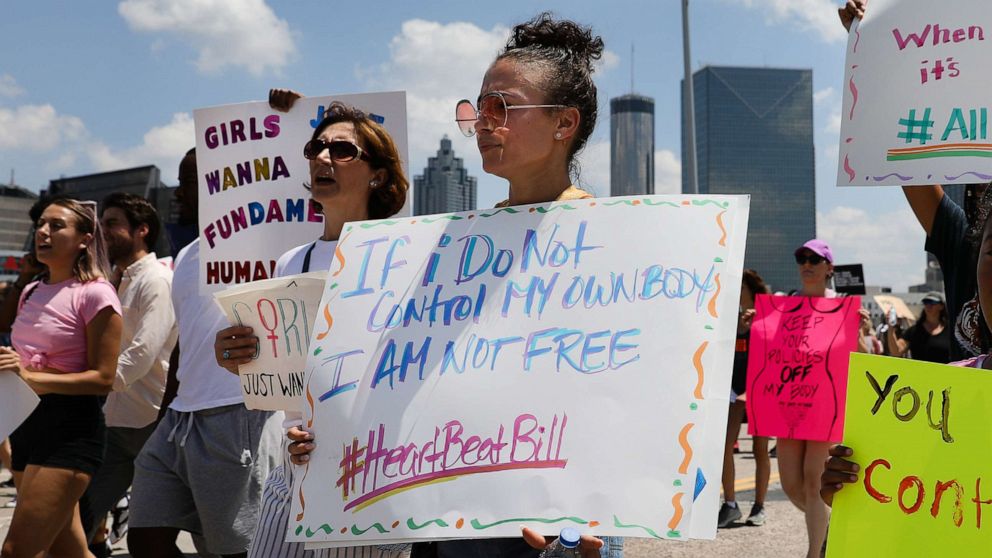 Bloomberg via Getty Images, FILE
Demonstrators hold signs while marching during a protest against Georgia's 'heartbeat' abortion bill in Atlanta, Georgia, May 25, 2019. The bill bans abortion after a doctor can detect a fetal heartbeat, usually around the sixth week of pregnancy.

Under the legislation, abortions in the state are banned after about 6 weeks. There are exceptions for medical emergencies, "medically futile" pregnancies and rape and incest -- if a police report has been filed. The law also redefines "natural person" under Georgia law to mean "any human being including an unborn child" -- including an embryo or fetus at any stage of development.

The U.S. Court of Appeals for the 11th Circuit lifted an injunction on the law on Wednesday, citing precedent from the Supreme Court's landmark decision last month in Dobbs v. Jackson Women's Health Organization that overturned Roe.

MORE: Biden is weighing a public health emergency over abortion, but experts are skeptical

The appeals court also vacated an order blocking the expanded definition of natural person, ruling that the redefinition "is not vague on its face," as abortion-rights advocacy groups had argued. The decision does allow for challenges to specific Georgia statutes amended by the redefinition, according to the plaintiffs in the case.

The court's ruling typically wouldn't have taken effect until it issued an official mandate -- usually 28 days after a decision. But the court additionally issued a stay on the lower court's injunction on Wednesday, allowing the abortion ban to immediately go into effect.

Previously, abortion up to 21 days and six days of pregnancy had been legal in Georgia. 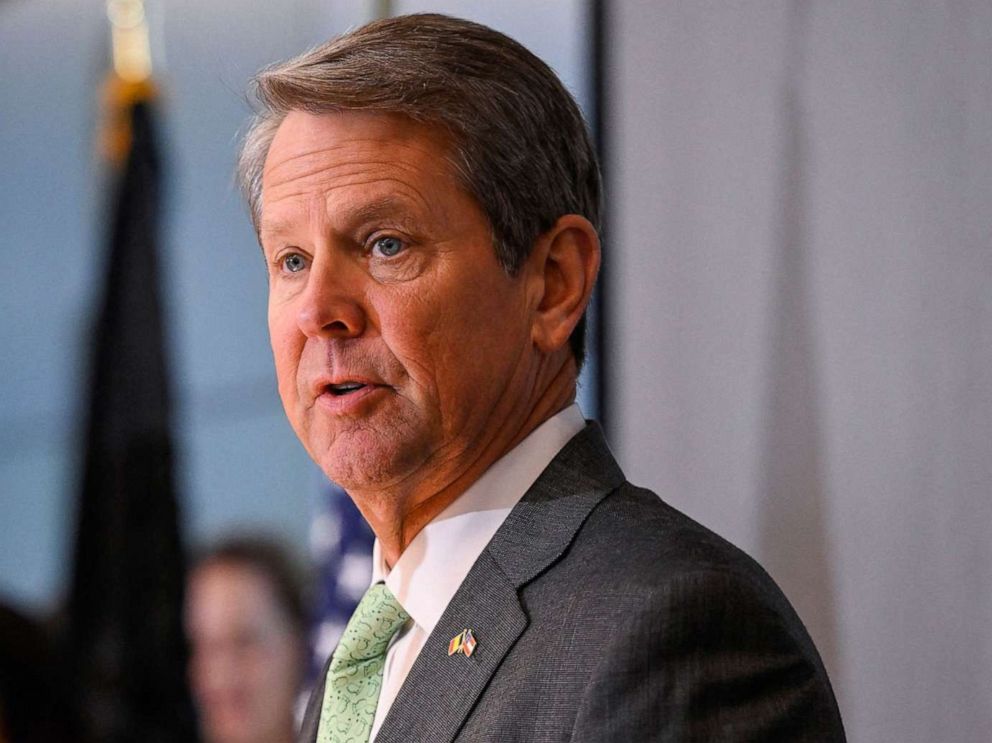 Gov. Kemp, one of the defendants in the case, celebrated the court's decision.

"We are overjoyed that the court has paved the way for the implementation of Georgia's LIFE Act, and as mothers navigate pregnancy, birth, parenthood, or alternative options to parenthood -- like adoption -- Georgia's public, private, and non-profit sectors stand ready to provide the resources they need to be safe, healthy, and informed," he said in a statement.

The organizations that filed the lawsuit called the move by the court to stay the injunction "highly unorthodox" and "outside of the normal court procedures."

"This is a highly unorthodox action that will immediately push essential abortion care out of reach for patients beyond the earliest stages of pregnancy," the American Civil Liberties Union, the ACLU of Georgia, Center for Reproductive Rights, Planned Parenthood Southeast and Planned Parenthood Federation of America said in a joint statement. "Across the state, providers are now being forced to turn away patients who thought they would be able to access abortion, immediately changing the course of their lives and futures. This is horrific."

"Soon, Georgians past the earliest stages of pregnancy will face that same barrier, and it will be insurmountable for some. People who can't afford to leave the state will be forced to seek abortion outside the health care system or remain pregnant against their will," Alexis McGill Johnson, president and CEO of Planned Parenthood Federation of America, said in a statement.

"This is a grave human rights violation, and Planned Parenthood, along with its partners, will do everything in our power to fight back and ensure all people can get the health care they need, regardless of where they live," Johnson's statement added.

Stacey Abrams, the Democratic candidate facing off against Kemp in the race for governor, called the law "draconian."

"What has been done with this law is an assault on our liberties and we will fight back," she said in a video message on Twitter.

Since Roe fell, several other states, including Tennessee, Ohio and South Carolina, have instituted bans on abortion at around 6 weeks, before many women even know they are pregnant.